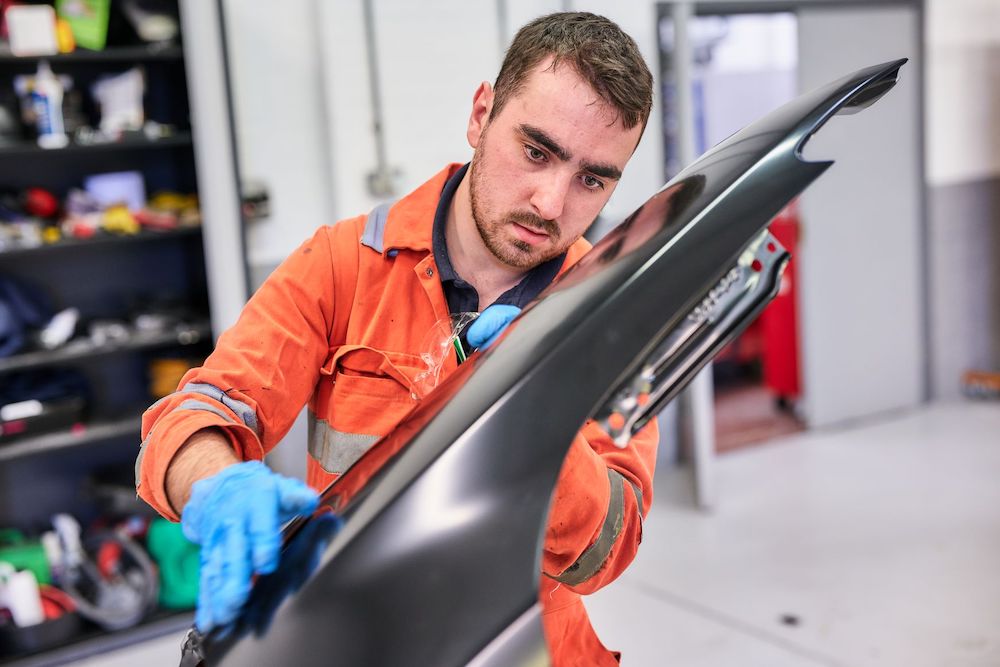 Four engineers at First Bus depots in Leeds have won a clutch of awards in a national competition to decide the best technicians in the bus and coach industry.

They helped to scoop both main team prizes for qualified engineers and apprentices in the IRTE Skills Challenge, which is organised by the Institute of Road Transport Engineers and involved some 40 operators from across the country.

Andy Knowles, an electrical technician at the Bramley depot, and Ian Hemsworth, based at Hunslet Park, joined with colleague Steve Price, a mechanical engineer at Halifax to win the Outstanding Qualified Team award. Andy also walked away with the individual honours in his skills category.

Another Hunslet Park engineer, Ryan Harn won Bodywork Apprentice at his first attempt in the challenge with Ahteek Ali, who works at Bramley runner-up. Sean Bell, also an apprentice at Bramley, joined with two colleagues from Bradford – Matthew Tetley and Tahir Mansley – to win the Outstanding Apprentice Team accolade.

The IRTE Skills Challenge is a week-long series of technical problem-solving and diagnostic exercises set by the Institute’s specialists to the test the knowledge and capability of qualified engineers and trainees.

“To sweep the board in so many categories shows the strength, depth and new talent we have in our depots.”

“The whole business is extremely proud of the achievements of our qualified and trainee engineers, who have demonstrated the skills, aptitude and versatility needed to maintain a modern bus fleet and meet the challenges of new technologies and zero-emission vehicles which are increasing on the region’s roads will be the norm in the years to come.”