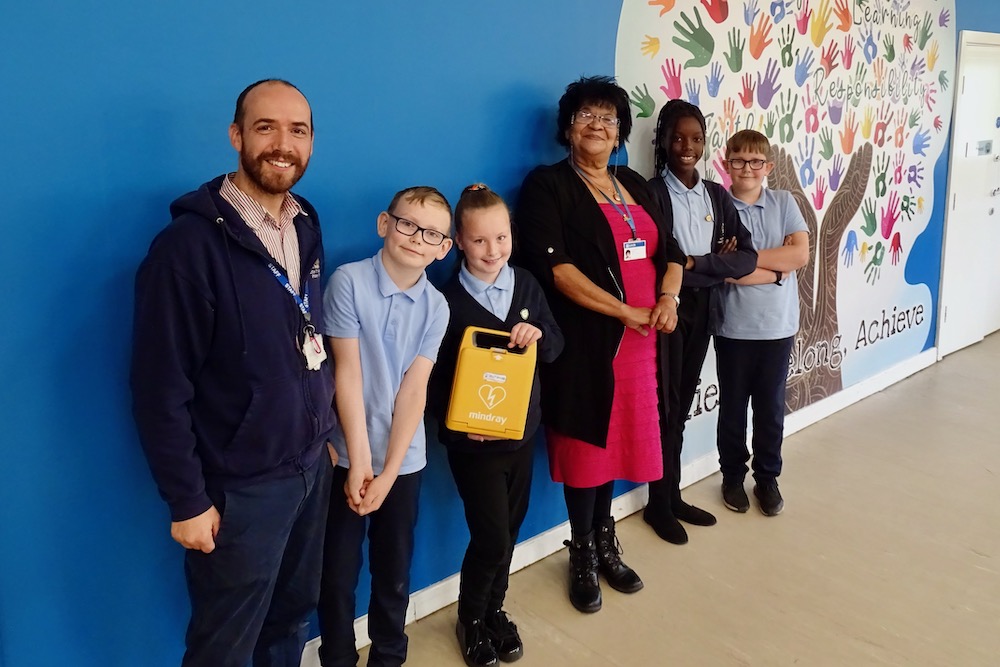 Middleton St Mary’s Primary School has taken possession of a defibrillator after months of fundraising activities.

Amongst other activities, the school held a non-uniform day where children wore red and learned about the heart and how to keep it healthy. The school also secured a grant from London Hearts, the UK’s leading defibrillator charity.

Cllr Sharon Burke (Labour, Middleton Park) who along with her colleague Cllr Paul Truswell also helped fund the defibrillator attended a special school Worship (assembly) where Assistant Headteacher, Andy Young, showed the children the new defibrillator and explained how it worked with the help of this video from the British heart Foundation:

“It’s great to have the defibrillator on site and know it could save a life but we obviously hope it will never actually be needed. It’s a real testament to the school community that we were able to raise the necessary funds. One child even gave their own pocket money towards the cost; a wonderful example of generosity.”

“As Councillors we have previously funded a number of potentially lifesaving defibrillators that are available 24 hours a day at key locations across Middleton and Belle Isle. So we were delighted when Middleton St Mary’s approached us for funding to complement other sources of support they had identified to secure their defibrillator. We commend their initiative and it would obviously be great if others were to follow their example.”

Defibrillators can be used to help save someone’s life if they are in cardiac arrest, that is their heart has stopped beating. South Leeds Life has produced a map of publicly available defibrillators in South Leeds. If you need to access one call 999 and they will give to the code to open the cabinet.