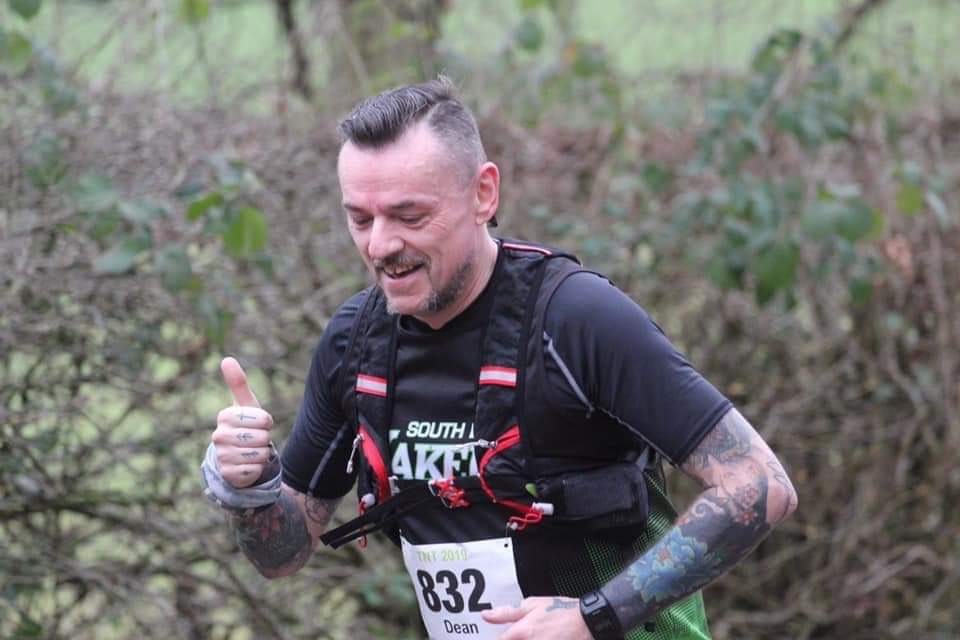 As we reported in the summer, Leeds City Council and its partners are encouraging residents to get more active under the banner Get Set Leeds. I spoke to Dean Smith about how running with South Leeds Lakers has made a difference in his life.

South Leeds Lakers is a friendly, sociable running club that meets twice a week in Beeston. The club caters for all abilities and has 29 fully qualified run leaders and a mental health ambassador who ensure that everyone has a safe and enjoyable running experience.

Mental health ambassador Dean Smith has been running with the club since January 2018.

In August this year, he and the Lakers joined thousands of others in a charity run in memory of West Yorkshire Police officer and Bingley club runner PC Sam Swift, raising over £24,000 for charity.

Four weeks ago he completed the Great North Run. He will run in the Yorkshire Marathon in two weeks, having completed his first ever marathon at this event last year, followed by the London Marathon in April 2019.

Dean is a vocal advocate on the benefits of running for fitness, friendship and mental health. But his mental health journey hasn’t been an easy one.

On 14 November, Dean will be 13 years sober. As a recovering alcoholic, he knows what it’s like to hit rock bottom. Prior to recovery, Dean was a homeless alcoholic with double incontinence. Weighing just seven stone, he had attempted suicide three times. The road to recovery began for Dean when he decided he’d had enough couldn’t live life like that any longer.

With support in place, Dean began building his strength and fitness. He started hill walking and fell walking, and completed the Coast to Coast walk five years ago. Dean was training with friends, regularly doing a bootcamp at Temple Newsam. As he explains though,

“I wasn’t fit, I only stopped smoking 8 years ago.” But it was the social aspect of training as much as the fitness that he enjoyed. 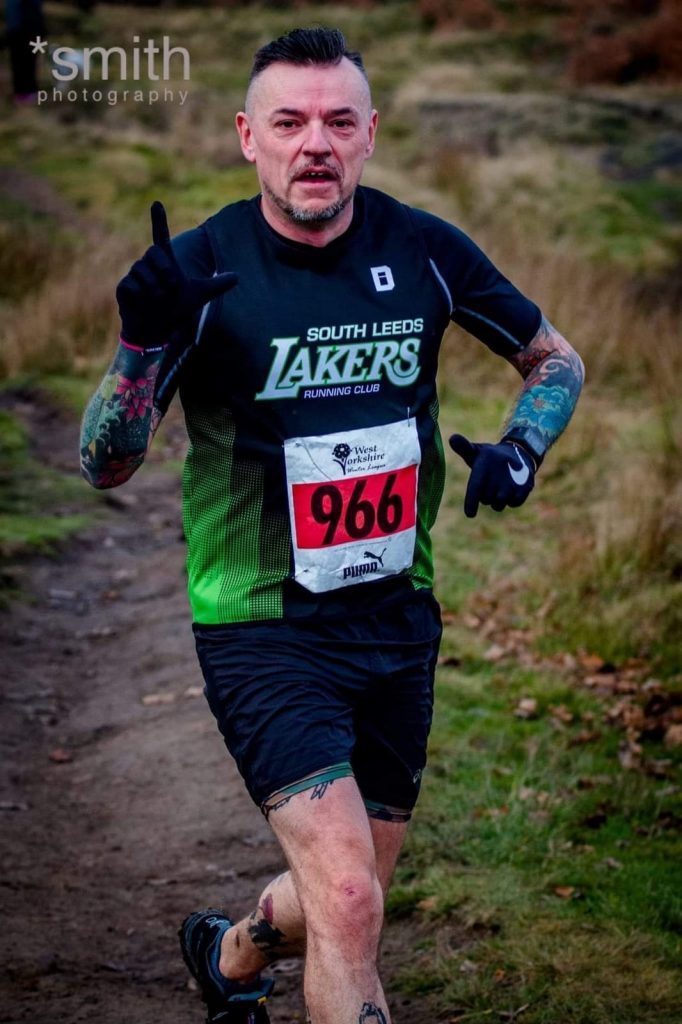 The turning point came when he was running the TNT (Temple Newsam 10 mile race). Dean saw some runners in South Leeds Lakers shirts. Looking to move his training up a gear, Dean later emailed the club, only to find the reply came from his old school friend Ian Pickles, whom he’d not seen for over 30 years.

“I couldn’t believe it was Ian who got back in touch! Running had brought me back together with my old school friends Ian, and former chairman at the club, Martin Lee, who now coaches the Juniors.”

The Lakers meet round the corner from where Dean lived, so it was easy for him to join in and he quickly became a popular member of the club.

“It was good to get there and know people already. But I’ve also made loads of new friends too, some are really good friends now.”

But as anyone who has suffered mental ill health or addiction problems will know, the path is never a linear one. There are always bumps in the road.

When I spoke with Dean in September, he hadn’t been training for a while. It had been a rough few weeks, he told me, and a few months ago he had had a breakdown.

“I was doing too much and pushed myself too far. I’d not been going to meetings and had dropped off communications with my sponsor.”

The office-based job he had wasn’t giving him the same sense of satisfaction that his previous manual job had done. He missed working with his hands and making things.

Everything had got on top of him and in August this year, Dean found himself down the canal in a dark place again, mentally.

“The thing with addiction and mental health, you know it’s never going to be easy. You’ve always got to be working at it. But you do get better at recognising when you need help, and knowing you can get through it if you put the right plans in place.”

Dean talked about how throughout his recent tough times, his friends at The Lakers had been in regular contact to see how he was getting on.

“Right now, I’m going to 12 Step meetings every day again. And I start a new job tomorrow! (Monday 30 Sept). I’m back on the tools and in the workshop where I’m happiest.

“It’s funny how smells bring back memories or emotions. My granddad worked at the Holbeck sheds after the war, and the smell of diesel oil and Brylcreem remind me of him. When I smell the machinery in the factory, I think of him. It’s really grounding.”

Dean is upbeat but pragmatic. Maintaining good mental health is something he says he will always need to work at, and it won’t always be easy.

“It’s about getting the balance right,” he explains. “For me that is running, eating properly, and keeping a good work life balance.”

“If I hadn’t have met the Lakers last January, I don’t know if I’d have carried on. The support and friendship I’ve received through them has got me through.

South Leeds Lakers currently meet on Tuesdays at 7pm at Beeston Co-op, Town Street, LS11 8PN (for ages 14+). There is also a Junior section for 8-14 years. Participation is completely free of charge. Contact through their website or Facebook page @SouthLeedsLakers.

To join the conversation to get the city moving more, go to www.getsetleeds.co.uk