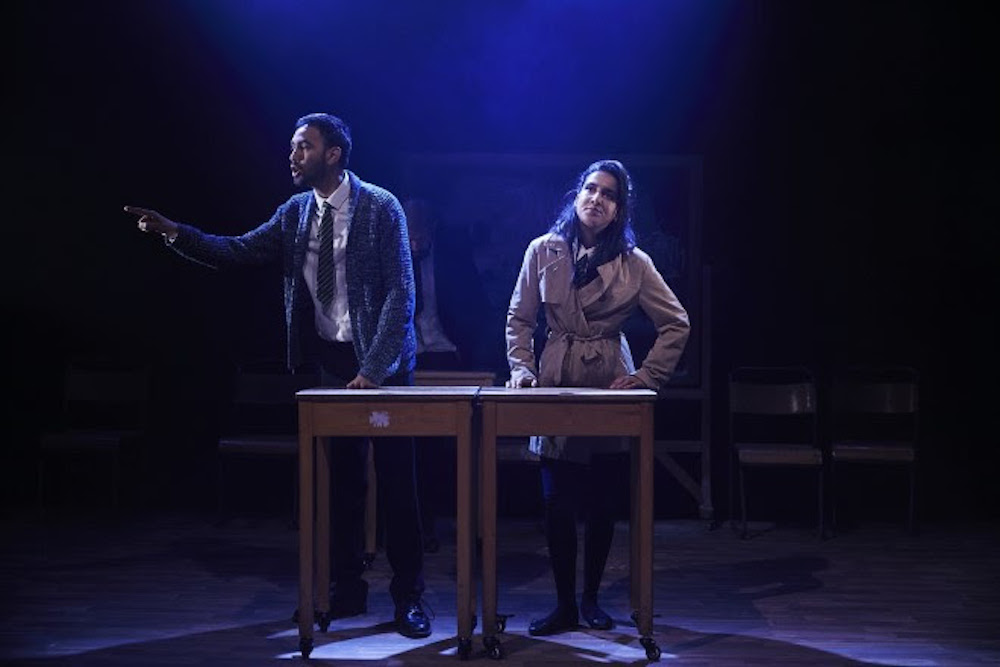 Trojan Horse is a play that explains the story of what happened between Birmingham schools and the government. The play concerns allegations about teachers having terrorism and extremist plots. It explores the intertwined themes of extremism, ideology, education, Islam, terrorism, and religion.

I think that it is really good that this play was made because important issues and matters that affect people still today need to be examined, discussed and talked about. It is vital they are talked about because lives are being lost to terrorism, innocent people are being killed for no plausible reason and it is causing suffering and spreading hatred which needs to stop. Talking is the first step to sorting out global problems and initiating a culture of change.

I love the theatre because I think that it turns difficult subjects and ideas into an art form that can express the opinions held by others and serve as a motivator for positive direction in a creative and artful way. It can help other people to want to make a difference.

The play is gripping and exhilarating, with a talented cast and well-crafted dialogue. The music, scenery and serious actors made the play an alluring and interesting one. Trojan Horse was a creative and thought-provoking piece about a serious issue that took place in Birmingham in 2014. The scenes had the same casting throughout but there were different scenarios between the different characters with different props being used.

The play demonstrated the views held by the people directly involved in the play’s topic and showed the conviction of the teachers who wanted to get their voice heard and their stories heard. The audience was taken aback by the intensity of the situation and I was impressed by the sensitively handled subject by the staunch and serious actors. It really helped us in the audience to understand the thoughts the teachers were having and how the importance of the situation affected everyone in the community. The cast was: Mustafa Chaudhry as Rashid, Qasim Mahmood as Tahir, Keshini Misha as Elaine, Komal Amin as Brigid and Gurkiran Kaur as Farah.

There was a question and answer session afterward and the panel discussed the issues that the play tackled. The audience was keen to get their questions answered and to be involved in understanding more about the issues and the real story behind the play. The panelists handled the situation very carefully and sensitively and I commend them and I am happy to see that there are people out there who care enough to make a difference and want to change things.

Trojan horse was a fantastic performance overall. I encourage others to watch performances of this kind and to try to make a difference and to make a change. Also, I recommend Leeds Playhouse because the quality of the plays there is high and they really take the time to keep the audience entertained. I am likely to come again to this theatre due to the jaw dropping nature of the plays it presents to the public.