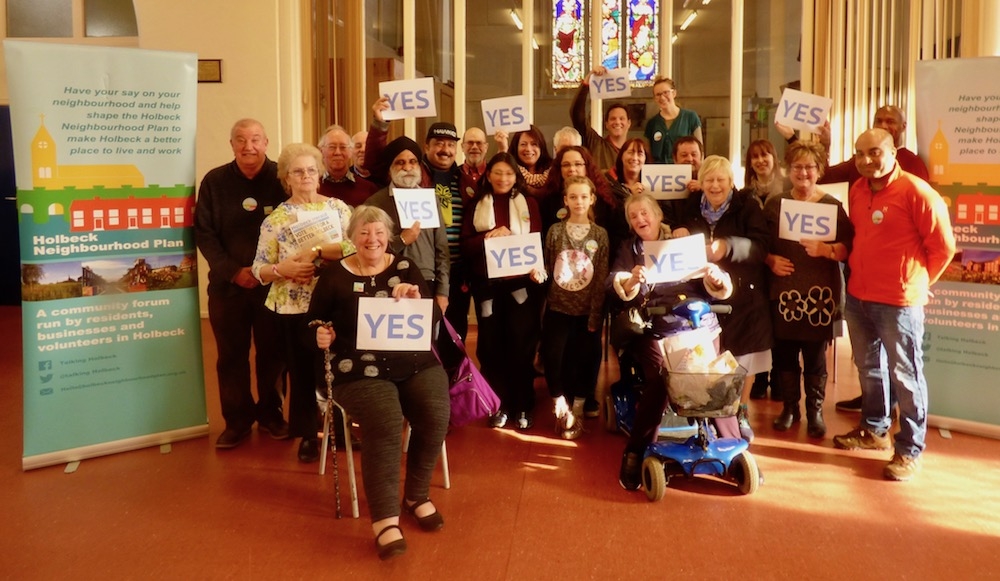 Holbeck residents, who have spent six years developing the Holbeck Neighbourhood Plan, are urging everyone to get out and vote ‘Yes’ to the “People’s Plan.” Today’s (1 March 2018) referendum is going ahead despite the extreme weather

The Holbeck Neighbourhood Forum is made up of residents and businesses in the area. It is the body that has produced the plan an it is the body that will implement the plan if it is voted for in the referendum today (Thursday 1 March 2018).

Dennis Kitchen, Chair of the Forum, said: “The Plan is part of a jigsaw. It won’t solve all of Holbeck’s problems on its own, but it’s an important part of the solution.”

For example, Leeds City Council are keen to sell the site of Matthew Murray High School to Leeds United, but the people of Holbeck said they wanted to use that site for a mix of housing and public green space.

A ‘Yes’ vote in the referendum will make the Neighbourhood Plan part of the city’s Planning Policy. That means it will have to be considered when any planning applications come forward in the area, even if they come from Leeds United.

“It’s really important that people get out and vote on 1 March” said Dennis. “If the Plan is passed Holbeck’s residents will have a say in our future. If it isn’t passed we are back to having no say.”

Find out more about the Plan in our report here