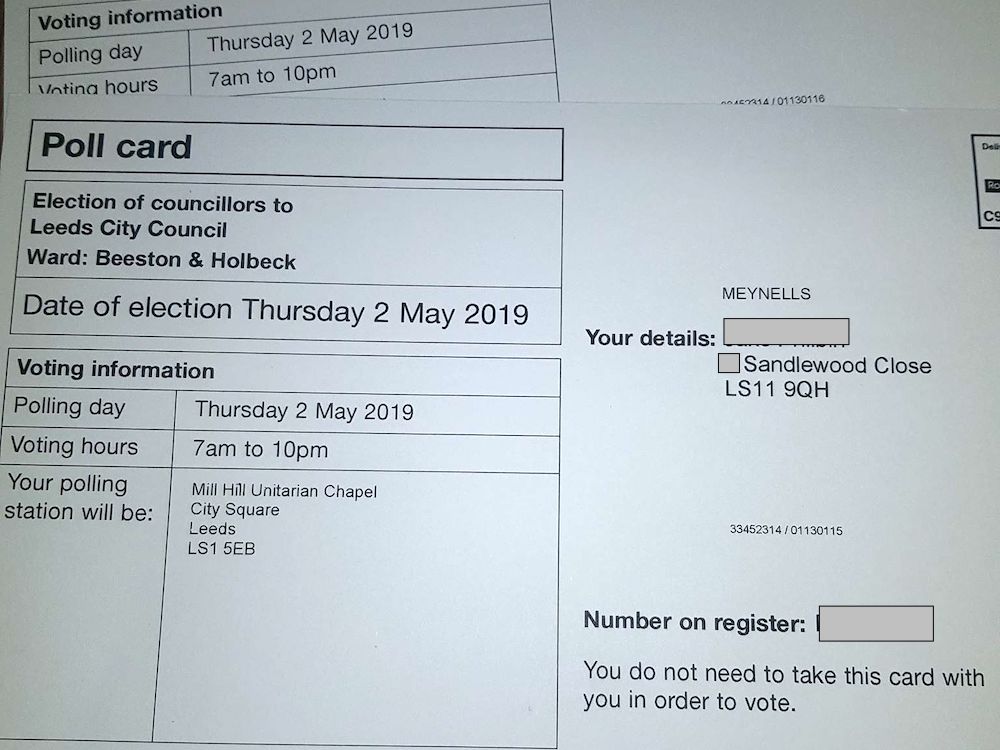 Voters in parts of Holbeck were surprised to receive Polling cards advising them to cast their vote in next month’s local election at Mill Hill Chapel on City Square in the centre of Leeds.

Amongst those affected were residents of Sandlewood Close, who would literally have to pass a Polling Station at The Holbeck club on their way to the city centre.

“For polling purposes, due to its size the polling district for the Beeston and Holbeck ward was divided into two following the recent polling district review. The aim of this was to reduce the distances electors needed to travel in order to vote. The new northern half of this district was allocated Mill Hill Chapel in the city centre as its polling station, while the southern half was allocated Holbeck Working Mens’ Club.

“Unfortunately an administrative error has resulted in electors being issued with details of the wrong polling station on their poll cards in these two districts. The Returning Officer will be contacting all electors affected by this issue (1,495) to provide them with the correct information. We apologise for any confusion caused.”

The local elections will be held on Thursday 2 May. South Leeds Life will publish full details of all the candidates in Beeston & Holbeck, Hunslet & Riverside and Middleton Park wards when nominations close tomorrow (4 April 2019).

If you have never voted or recently moved house you must register to vote by midnight next Friday (12 April 2019) at: www.gov.uk/register-to-vote