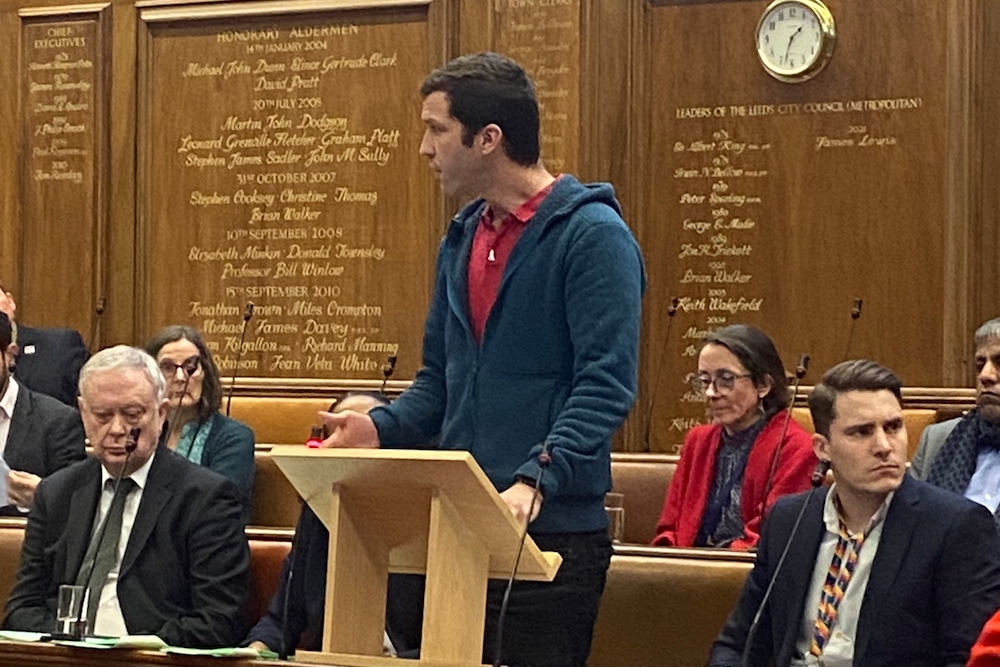 Holbeck Councillor Andrew Scopes has spoken about his support for the inclusion of the area in the Council’s Cumulative Impact Policy when it comes to licensing the sale of alcohol.

Cllr Scopes has worked alongside his ward colleagues and local residents over a number of years to highlight the problems the area experiences due to anti-social behaviour attributed to alcohol.

The inclusion of Holbeck in the Cumulative Impact Policy means that the Council can apply the policy to applications for a licence to sell alcohol in the area, potentially making it more difficult for such a licence to be obtained in the future.

Cllr Scopes used his speech at today’s (18 January 2023) meeting of Full Council to ‘amplify the voice’ of a local resident who had raised concerns about the impact of excessive alcohol consumption on the wider community.

“I have worked alongside local residents to make the case for Holbeck to be included in the Community Impact Policy as I have heard so many times the devastating impact alcohol can have not just on individuals but also on communities.

“The woman I quoted in my speech spoke about being unable to allow children to go to the local shop as it didn’t feel safe, how they then couldn’t play in the park as that is where the people drinking had gone.

“What the inclusion of Holbeck in the Cumulative Impact Policy will mean is that the Licensing Committee can give extra weight to objections to new applications to sell alcohol. There is still much that we need to do to address the problem but I am pleased with this step in the right direction and hopeful that local Holbeck residents will benefit from it.”

2 Replies to “Holbeck included in policy to limit alcohol sales”