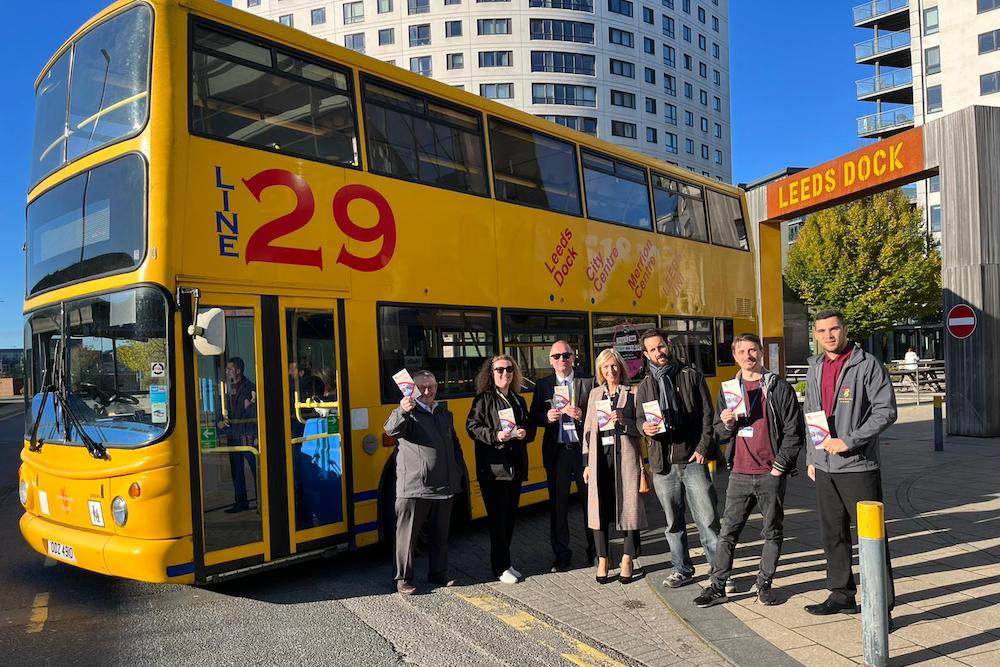 Monday (23 January 2023) sees a new bus service for Hunslet, with the 29 bus – previously just linking Leeds Dock with the city centre and the universities – set to extend into Hunslet, and also further into north Leeds.

As previously reported, the 29 bus was due to be scrapped altogether in October, with First Bus no longer able to maintain it. But local residents worked with Cllr Ed Carlisle (Green, Hunslet & Riverside), and with local independent company Yorkshire Buses and other partners – and the service resumed after a short break.

And following further feedback from residents and users, this month sees the service expanding. It will now run to and from Church Street in Hunslet, along Atkinson Street (for Hunslet Victoria Mill and the H2010 development), through Leeds Dock and the city centre, past the LGI and universities, and up to Hyde Park.

Buses will run Monday to Saturday (except bank holidays), on an hourly basis each way from 7am, then half-hourly between about 9am-2pm, then hourly again until 9pm. Fares are capped at £2 per journey, or there are passes available. Full details at: www.facebook.com/yorkshirebuses.

“There’s lots of bad news about public transport, but this is good news for our community – and a good story of local people speaking up, being heard, and things changing for the better. Public transport is key to building a sustainable city – so thanks to the fantastic team at Yorkshire Buses, we now have this service, right on our doorstep. Please let’s all use it, to help make it a success, and safeguard it for the coming years.”

“Following many requests we will altering the 29 to serve Hunslet Shopping Centre taking in Atkinson Street which will provide the growing community there with buses direct to Leeds.

“We are also pleased to now be able to serve Leeds Dock direct into Leeds without a lengthy wait at the student accommodation centre with buses travelling both ways through Leeds Dock.”

“I welcome the news that Yorkshire Buses have listened to the feedback of residents at H2010 and Victoria Riverside and restored the full previous route of the old 29 bus service. It is even better to hear they have taken the decision to extend this service to the Penny Hill Centre in Hunslet. This will hopefully strengthen the sustainability of the route further, ensuing its long-term future. It is also an indictment of the larger bus companies who abandoned the route due to an apparent lack of passengers unless they were provided with public subsidy.”