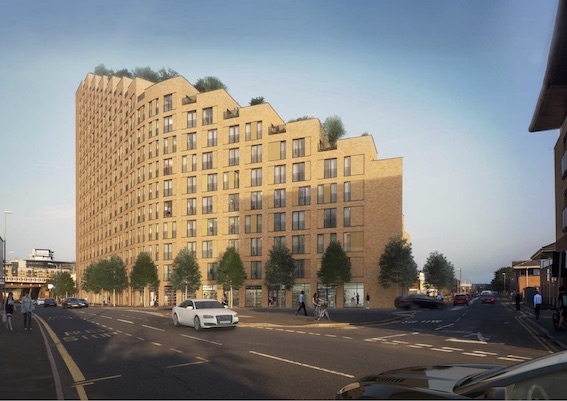 The scheme, on the corner of Springwell Road would see a curved, stepped complex, rising to 16 storeys close to the railway line.

The building would accommodate 224 1, 2 and 3 bedroom flats which would be let by a single private landlord. The ground floor would contain commercial units for shops and restaurants, etc. Councillors had raised concerns about space standards at a pre-application hearing. These have now been addressed.

The developers, Citylife, have argued that it is not appropriate within the landlord model to accommodate affordable housing (managed by a housing association) onsite and so it is proposed a sum of £634,474 be contributed to the Council for the provision of affordable housing elsewhere. However, Councillors have asked them to make every effort to include affordable homes within the complex and consider options to be managed by Housing Leeds or offered at affordable rents by the main landlord.

Measures have been planned to avoid the sort of wind problems that nearby Bridgewater Place has caused.

Officers are recommending that the plan be approved with a number of conditions including financial contributions to a travel plan.