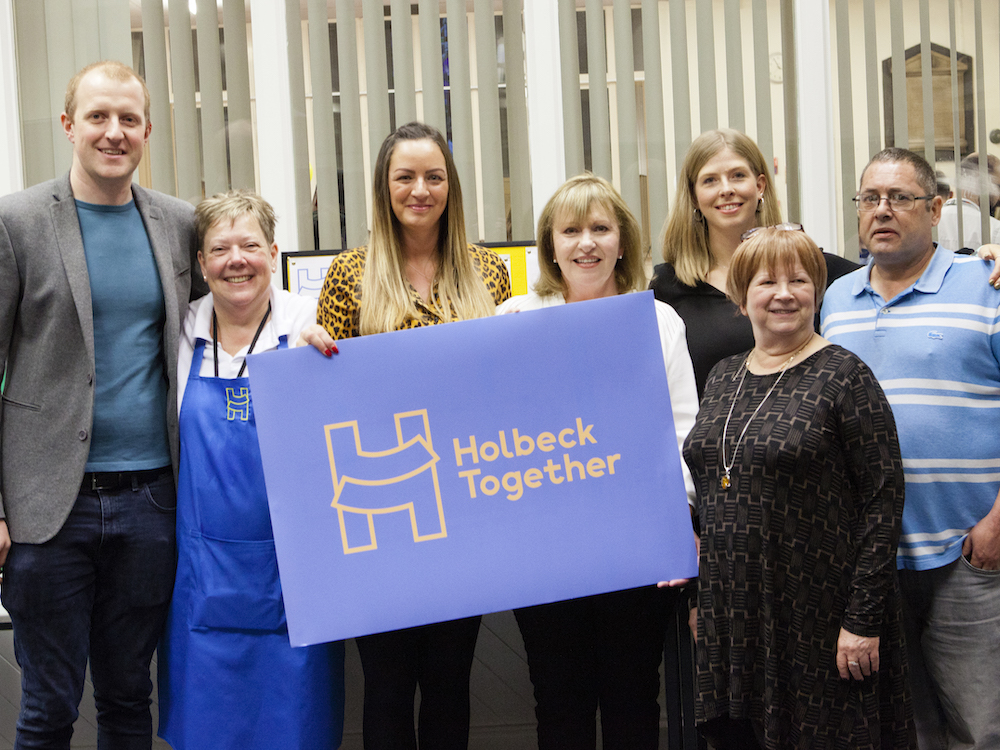 Members and service users were joined by partner organisations, funders and local councillors for a celebration of the organisation’s work to date and to look ahead to the future. Holbeck Elderly Aid was set up in 1992 as one of Leeds’ Neighbourhood Networks, serving the older population of Holbeck. In that role is has provided meals, activities, advice and support to thousands of individuals over the years.

Recently it has been called on to extend its role to other sections of the community including young families. Re-naming itself Holbeck Together is a recognition that it is increasingly seem as a ‘community anchor’ organisation – the people you look to when you want to see new services for the neighbourhood.

Holbeck Together is also set to take over St Matthew’s Community Centre and has plans to remodel and modernise the space creating a full time cafe, meeting hall, small meeting rooms and offices.

“Since moving to a more visible office in the centre of Holbeck, interest and demand for our services has increased. We have offered support, advice and reassurance that someone is there to help to older adults for 27 years and want to use this expertise as a community anchor to help a wider range of people.

“We’ve been adapting our services for some time now to cater for all generations, which naturally led us to the name change, which we believe has come at a key time in the charity’s evolution. Supporting people who are older in the local area will continue to be central to our work, as well as expanding support to the wider community who we know have and will continue to benefit from our services”.

“Our new name ‘Holbeck Together’ is an exciting step forward for us and the community as we truly believe that it represents what we stand for now and in the future. We are now better placed to help and support each other through the tough times, making life that little bit easier”.

Leeds United legend Eddie Gray spoke on behalf of the club who have supported a number of HEA projects. He talked about the importance of serving the needs of the isolated in cities like Leeds.

“I’m so glad that our football club are getting involved in this project. I think your vision for this building and for the community is tremendous. It says a lot for the city of Leeds because its communities are what make cities.”

He also reminisced about his digs in Beeston when he was a player and told the audience that he still gets his hair cut at Gary’s barbers in Holbeck.

“The reason we’re here today, with this enormous crowd of people, to celebrate what has been achieved already and what is going to be achieved in the future, is because we have worked together as a community to make it happen. And Together is a very good word to describe what the organisation is about.” 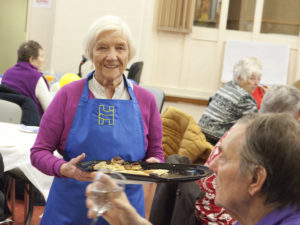 The event was catered by students from Leeds City College Printworks campus, whilst staff and volunteers served canapes wearing their new Holbeck Together branded aprons. The audience were entertained with live music by The Neptunes and the organisation’s choir who sang a re-working of the The Turtles’ 1960s hit Happy Together to extol the virtues of the re-branded organisation – Holbeck Together.

Details of all candidates standing in the Leeds Central constituency can be found here.