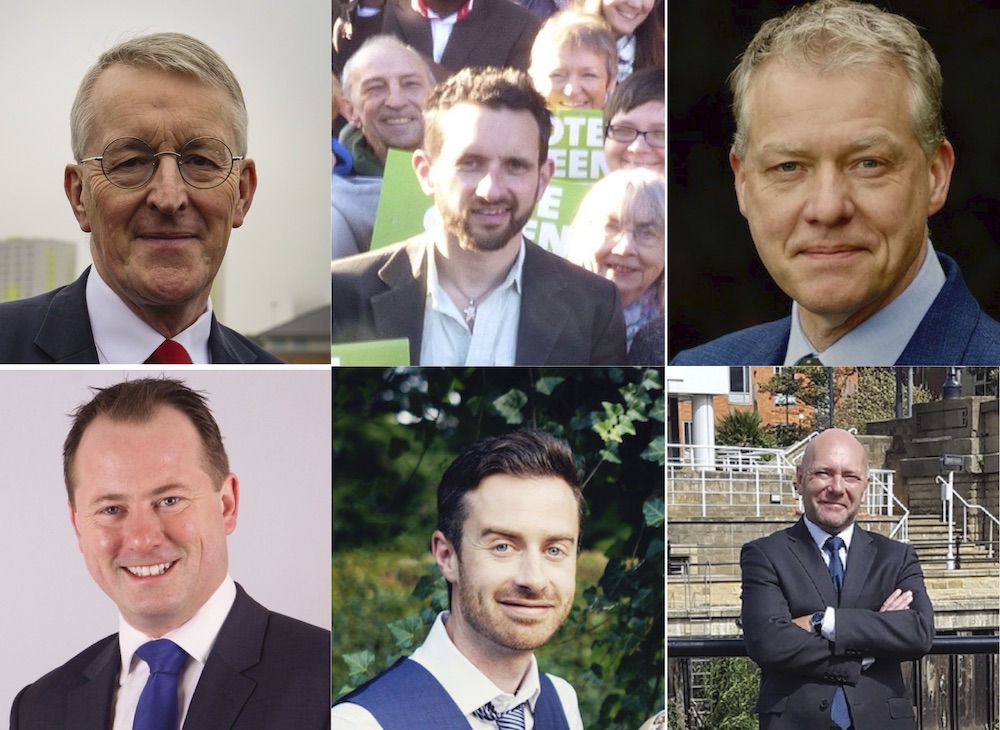 The full results are as follows:

Here is the list of candidates standing in Leeds Central constituency in the 2019 general election.

Each candidate has been offered the opportunity to supply further details of their candidacy and we will add this information to this page as we receive it. 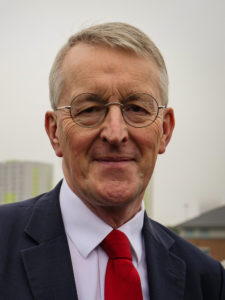 This election is about what kind of community and country we want to be.

10 years of austerity has hit many people in South Leeds hard. Every week, families tell me about living in overcrowded homes or struggling with bills and benefit cuts. We have polluted air, inadequate public transport, fewer police and public services under strain.

Labour will invest in education and our precious NHS, with free prescriptions for all and free personal care for older people,

introduce a £10 an hour Living Wage, build new homes with fair rents and take action on climate change by investing in new solar, tidal and wind energy to create good jobs. I’m campaigning for a Leeds tram system and for us to run the buses, and on Brexit, which has been so divisive, I support a final say referendum.

If you re-elect me, I will continue to hold regular advice surgeries and be here to help you as I have always tried to do.

Leeds is a wonderful city and ours is a great country with a great future. Let’s help everyone to fulfil their potential by building a fairer society. 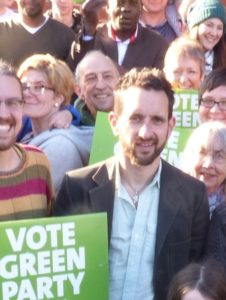 I love south Leeds, my home. Over 17+ years, I’ve helped launch and co-run dozens of community projects and events here. And I’m out year-round in communities, supporting residents to tackle local issues together.

I got involved in politics because we’ve a stifling two-party system – that’s failing our communities, and seems unable to address the huge challenges we face: climate change, reuniting our fractured country and world, building a fairer society, and more.

The Green Party’s a smaller party – that’s long fought for a healthier, more secure, more vibrant society, living in balance with the planet. Key policies include: bold action on climate change and clean air; rescuing the NHS and schools from privatisation; well-funded and regulated public transport (and scrap HS2); a green housing revolution; voting reform; and a Green New Deal creating 100,000s of jobs. On Brexit, we believe people need the final say on where we go from here.

Full info on me, my track record, policies, why it’s more ‘tactical’ to vote for a smaller party in seats like Leeds Central, and more, at greenleeds.org. Or get in touch anytime. Win or lose, every single Green vote makes a big impact – many thanks. 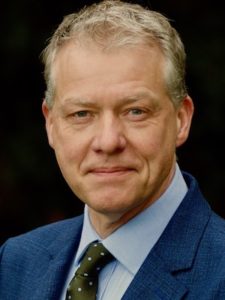 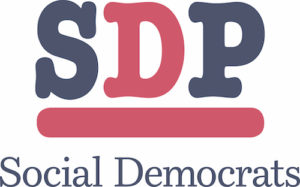 The main political parties are once again asking the people of Leeds Central for their votes.  But before voting Labour or Conservative please ask yourself – has our country been well governed?  Have the establishment parties looked after Leeds and its people?

We Social Democrats (SDP) think not. Leeds needs and deserves a Rapid Transit System to get people across the city but after decades of Lab/Con/Lib Dem government we’re still waiting. Meanwhile, drug taking and street prostitution are tolerated in parts of Leeds despite calls for action from local residents.

Together, Labour and Conservatives have mis-managed our country and have increased divisions in society.  They’ve also failed to honour the democratic decision in the 2016 referendum to leave the EU.  We must leave.

It’s time for a better approach. The SDP will govern for the whole of society not just favoured groups.  The public sector and the private sector are not opponents – both are vital for our country to thrive.

I’ve been proud to lead the resurgence of the Social Democrats. Yorkshire – and Leeds in particular – has been at the centre of the SDP’s growth.  I’d be honoured to represent Leeds Central in Parliament. 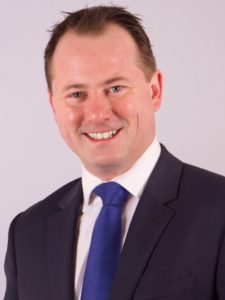 In this election one issue is dominating on the doorstep. I’ve been told, over-and-over again, that we need to resolve Brexit and move forward. Whilst Brexit drags on, our country will be unable to deal with the important issues that have been delayed due to the inaction of Parliament.

In Leeds Central we need to focus on housing, education, transport and travel infrastructure. By voting Conservative we’ll be able to move on to these important issues. The Conservative manifesto has laid out sensible, proportionate and costed policies to explain how, once Brexit is resolved, a majority Conservative Government will responsibly shape the future of our country in a positive and manageable way. Locally we’ll benefit from increased spending on our NHS with investment in Leeds General Infirmary, and by reducing business taxes and enabling you to keep more of your hard earned money.

I’m from a normal background, growing up on a Council Estate in a single parent family. I know what it’s like to depend on services and work hard to build up a small business. I know a Conservative Government will help people live a better, healthier and safer life in solid communities. But we need to deal with the issue of the day to do that.

The public voted for and expect Brexit to be delivered – I will help to achieve that. 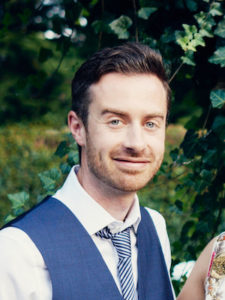 Ask yourself: Is Brexit going well? Is the 2-party system working?

I am proud to live in Hyde Park and work at Leeds University. Like thousands of others, I joined the Liberal Democrats after the Brexit referendum, when it became clear that an inept Tory government and a divided Labour party were a threat to my family.

I live the trauma of Brexit every day with my wife – me from England, her from Hamburg. We married one month before the referendum. Our son is 21 months old. He is British and German – and a proper ‘Yorkshire Lad’, as it says on his vest. When he is old enough, I hope to be able to tell him about how our country united, coming together to do the right thing, before it was too late.

Stopping Brexit will create a £50 billion ‘remain bonus’ which we will invest in our children, funding 35 hours of free childcare from 9 months and building thriving schools. We will prioritise mental health care and ringfence £35 billion for our struggling NHS. Crucially, we will spend £100 billion tackling the climate emergency, creating a robust, fair, and sustainable economy. 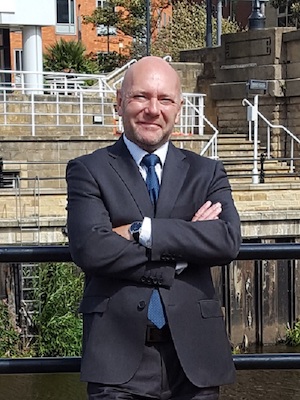 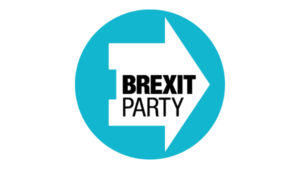 Since 17.4 million of us voted to leave the European Union three-and-a-half years ago, the political establishment has shown its hand – that is, its utter contempt and disdain for the electorate and democracy itself. And their attempts to undermine and overturn the Referendum result show that we cannot trust our political future in their hands.

This is the same political elite that has spent the last two decades increasingly telling us how to live our lives, that ignored people’s concerns before the Referendum, and that has dismissed us as ignorant and stupid since for voting to leave their beloved EU restore UK sovereignty.

Shaken by that result, they will do everything in their power to insulate themselves from any future will of the British people, or even criticism – just witness the way they’re already trying to proscribe the very language we can use to describe their acts of betrayal and surrender to the Brussels bureaucracy.

That is why we need the Brexit Party now. – not just to defend the Referendum result and fight to ensure a clean-break from the European Union, but to extend democracy and begin to fundamentally change the way British politics is done.