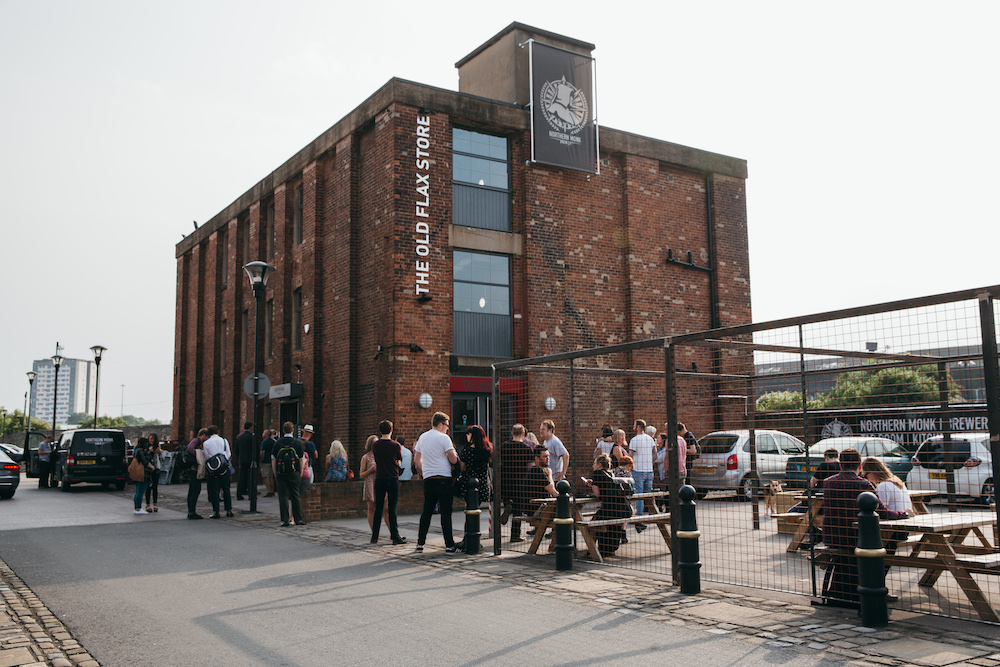 Northern Monk, based at Marshall’s Mill in Holbeck, has honed its craft with the North at its heart. Now, as part of its fifth birthday celebrations, the brewery has turned its attention to helping others do the same.

Independent brewery, Northern Monk, is looking to spark a Northern revolution by launching it’s For the North Foundation, a scheme that will see the company offer £5,000 grants for burgeoning community projects and environmental causes in the brewery’s heartland.

Northern Monk evolved after owner Russell Bisset received £5,000 from his grandma. Now, after five very successful years of trading direct from the brewery and through their Refectory sites in Leeds and Manchester, as well as via a large international following, ’The Monks’ are looking to give back to the communities that mean so much to them.

1.2 million more people have died before the age of 75 in the North, compared to the South, since 1965. Between 2014 and 2016, an average of 1,177 more men aged between 25 and 44 died in the North than in the South each year. Of the ten cities in England with the lowest employment rates, eight of them are in the North.  The For the North Foundation grants will be offered to help initiatives and projects ‘that are created to provide a genuine benefit to communities and the people within them’ across the North of the UK.

Capital for the For the North Foundation will be driven solely through limited edition product launches and events, no external finances will be used to fund the scheme. The first round of fundraising is set to take place in November 2019 with a secret, ‘UK first’ product launch.

Northern Monk collaborates closely with artists, athletes and creatives across the North through its Patrons Projects, and they’ve already created and contributed to a host of community projects. Last year’s Humans of Holbeck calendar gave the brewery’s local community a voice.

The For the North Foundation will help fulfil the company’s desire to offer more proactive support, funding and guidance to give those with Northern Monk’s values the chance to get off the ground.

“The passion we have for our craft is shared throughout the North. There are hundreds, if not thousands, of people waiting for their opportunity to turn their talents and passions into something that can have a positive impact on their local area.

“I was lucky to receive financial help from my family, and thankfully, as well as turning that into a successful business, Northern Monk has allowed us many opportunities to support our own local area of Holbeck, Leeds. We have now reached a stage in our growth where we can turn to other projects and initiatives that need similar support on a larger scale.

“The heart of the For the North Foundation, the reason why we’re doing this, is to see the North and its people thrive.”

To find out more about the For the North Foundation or to apply for one of the £5,000 grants, head to: northernmonk.com/for-the-north-foundation