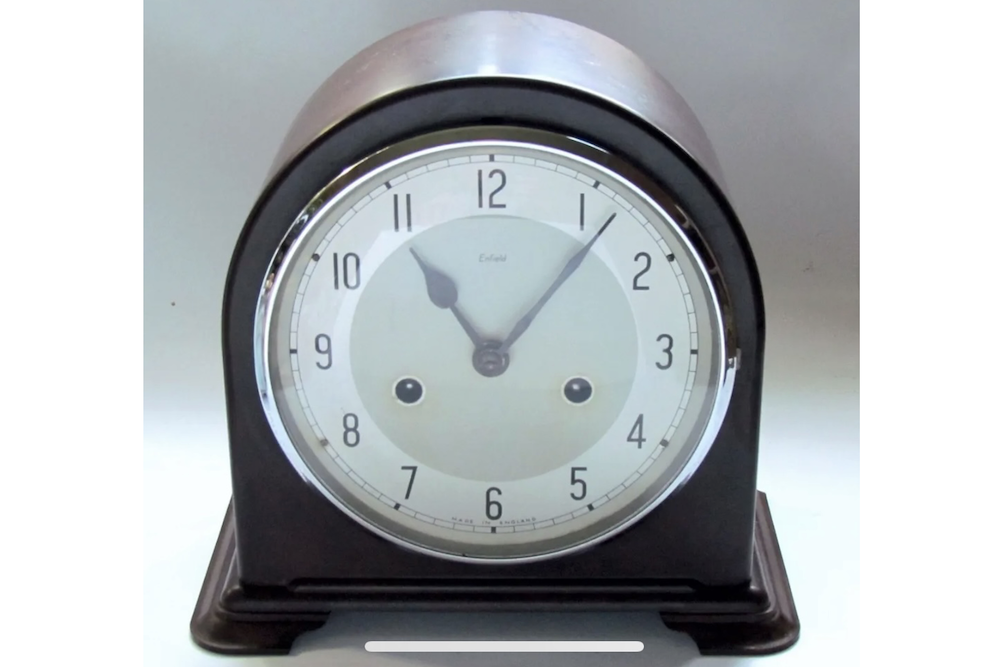 Not too long now and it’ll be Christmas and New Year. Like me, you may be looking back on 2022. Time to reflect. And to hope that 2023 may be better.

I sincerely wish that it is. For you. For all of us.

Anyway the story of time measuring devices makes for fascinating study. A superb introduction to how much impact they’ve had on our lives can be found in Dava Sobel’s book, ‘Longitude: The True Story of a Lone Genius Who Solved the Greatest Scientific Problem of his Time’. It’s the story of John Harrison, clock and watchmaker extraordinaire, who won a prize for making a chronometer (basically a timepiece for measuring longitude at sea) which revolutionised navigation, helping to save tens of thousands of lives by being able to accurately measure when a ship was approaching land. He was a Yorkshireman, tha knos. Great book.

From shadow clocks sand clocks candle clocks foliot clocks to pendulum clocks balance wheel clocks and with that to pocket watches then wristwatches to electric clocks electronic clocks and watches quartz clocks and watches to atomic clocks capable of measuring time with almost incomprehensible degrees of accuracy over thousands of years and now, of course, our mobile phones – which also tell the time with pinpoint accuracy anyway. Oh, and it’s also worth mentioning Einstein’s space-time theory, a scientifically proven phenomenon, where time can be stretched.

But we know that anyway otherwise how, on bus times updates, can you explain that one due in two minutes becomes four minutes, ten minutes, back to eight minutes, then again to ten minutes, sometimes being lost in space/time completely, the bus not appearing at all?

When all you want to do is get home.

Time to confess. I didn’t fit in well at school, so I left at fifteen without a clue about what I was going to do, and after a stint at window dressing, then factory-line work spray-painting Plaster-of-Paris budgies … I got missen a trade.

Which presented a different connection with time because, back then, I became a horologist. There may be those of us who don’t know what a horologist is because you rarely hear it bandied about these days. It’s someone who makes, or repairs, watches and clocks. Me? I used to be a watch and clock repairer, apprenticed at H Fagelman’s Jewellers, Hyde Park repairing clocks, then moving to TS and H Davis in Leeds City Centre repairing watches.

The jeweller’s shop was up one of those ginnels running off Briggate. But that was some time ago, 1970. It’s now The Angel pub. And that’s about the only thing that we can be really certain of… (no, not the chance to drink a pint, that ain’t going to change any time soon) … drum roll …

The stability of a trade coupled with day release at Bradford Technical College increased my self-confidence no end and, on retaking my final grade exam in Horological Theory I got 90%, becoming the top student in the country and being awarded an engraved Omega watch prize, and being able to apply for, and to become, a Fellow of The British Horological Institute. Say that with a posh accent and it can sound very impressive.

Peter Richard Haughton, FBHI! Woah! And, I’d had some laughs. Like the time I was carrying a Vienna Regulator wall clock under my arm and a passerby asked, “’Ave you got ’time on you, pal?” And I don’t think he mean it as a joke because, after checking my wristwatch he just said, “Ta”.

But it was time to move on, and here’s why – the advent of quartz watches in the seventies meant you could buy a watch at a garage for a couple of quid. And I began to realise that I was being paid the same as an unqualified shop assistant gets.

That’s when I trained to become a teacher – causing everyone in my family to laugh their socks off bearing in mind my own school experience.

And, with the passage of time I find myself now chatting to a student the other day on the bus passing Leeds University about when I was on a course there in the nighties, on my way home from the very bus stop she’d got on at but looking down to notice that the true-teacher-Clarks-Cornish-pasty shoes I’d been wearing all day didn’t match.

You know, that old joke about the pupil saying, “Sir, you’ve got odd socks on!” the teacher replying with,“Hmmm, that’s strange! I have another pair at home, just like these”. She was doing an MSc in something IT I couldn’t even pronounce. And I’ve been to college. From this wrinkly-gnarled old timer’s perspective she looked like a young kid of seventeen. But she couldn’t have been, because she’d have already done three years at uni to be on a MSc course.

So get ready to move over, Jeff Bezos.

The time’s come, though, when we’ll be moving from South Leeds to live by the coast. Our new home’s on a terrace which was built for ironstone miners 150 years ago. So, the clock I’m waiting on from E-Bay and which I’m going to do up (left, a Smiths Enfield Bakelite 8 day circa 20’s/40’s mantle striking clock) should look the bees-knees there. Measuring the passage of time – but in an older way, the sound of the hours being struck being … so sonorous.

Wishing you all a great Christmas, whatever your faith or non-faith. All the best for the New Year.