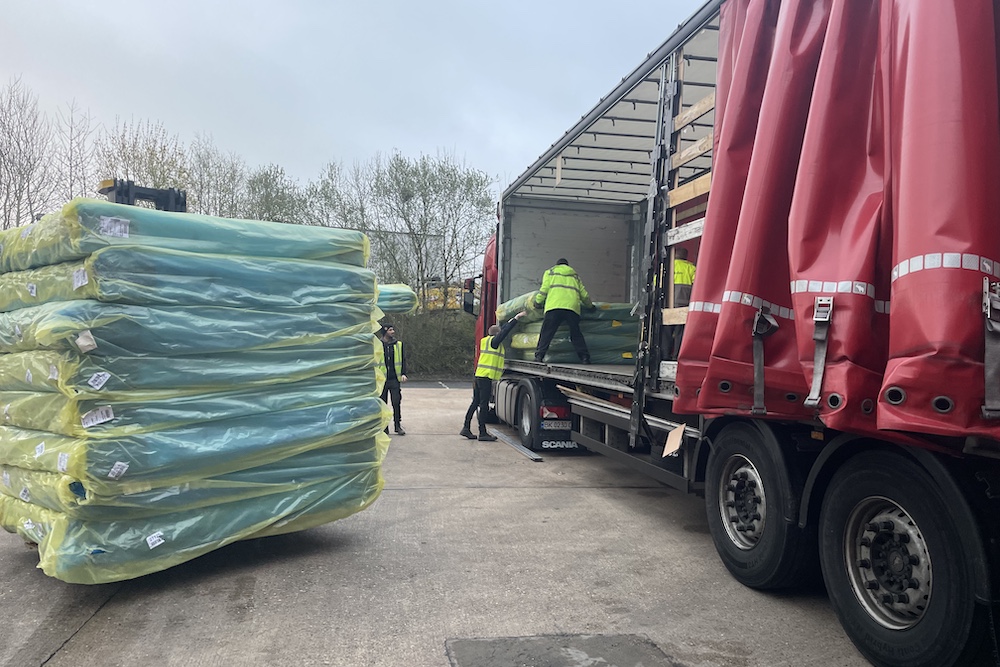 Fifth-generation family bedmaker, Harrison Spinks, has continued its charitable giving with a recent donation of 136 mattresses to The International Charity Fund “For Ukraine”, to support the country’s needs within hospitals and refugee accommodation.

The Beeston-based company’s latest donation was initiated by Ukrainian native Olena Todd, Buyer at Harrison Spinks. Originating from Lutsk in the Volyn region of Ukraine, Olena moved to the UK in 2002 and has friends and family currently fighting and residing in the war-torn country.

Over 130 mattresses – made up of a mixture of single, double and king sizes – have been donated to The International Charity Fund “For Ukraine”, which transports goods from the UK to Ukraine. The mattresses will be distributed across hospitals in Kyiv and within refugee accommodation for those fleeing the conflict.

“As the conflict broke out in Ukraine, my managers approached me to see how they could help, and we discussed ways in which we could donate. When I heard about the number of mattresses Harrison Spinks would be donating, I felt completely overwhelmed and extremely proud. I have friends and family who are currently fighting in the Ukrainian army and volunteering to help civilians, so I know that this donation will mean a huge amount to them.”

The donation follows a recent number of charitable contributions made by the Leeds-based bedmaker, including mattress donations to Yorkshire-based charities Zarach and St George’s Crypt, and Liverpool-based not-for-profit FRC Group.

“As a socially responsible business we have been fortunate enough to be able to make a number of recent charitable donations both in the UK and abroad.

“I’m incredibly proud of our team for supporting Olena throughout this difficult time and for arranging a donation of mattresses to her home country. We’re also grateful to Olena for bringing The International Charity Fund “For Ukraine” to our attention”.

For more information about The International Fund “For Ukraine”, visit www.facebook.com/groups/forukraine2022.

Photo: Mattresses being loaded onto a lorry for dispatch to Ukraine