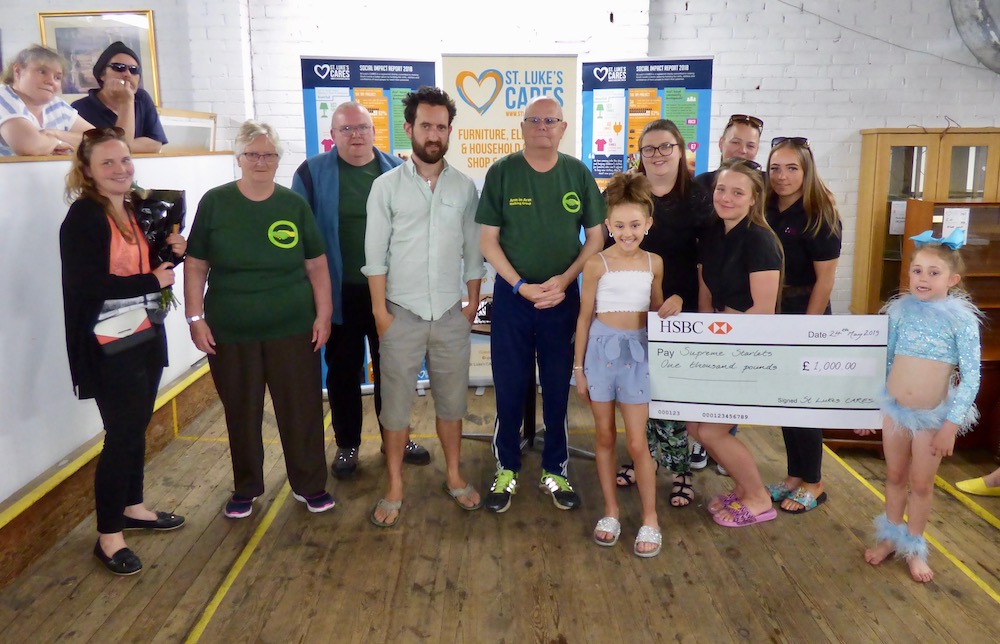 The top award, worth £1,000, went to Supreme Starlets. The majorettes group from Middleton work with a mix of children including those with a learning difficulty.

Supreme Starlets were delighted to win saying the award would make a real difference. They keep the subs low so that as many children as possible can join in, but that only pays for hall fees. The grant will help with competition entry fees and costumes.

Second were Plants For The People, who are working with schools to introduce pollution -cleansing plants into classrooms and eventually homes across South Leeds.  Asked what they would spend their award on Ed Carlisle responded succinctly “More plants.”

Third place went to the Arm In Arm Walking Group from Middleton Elderly Aid. Started by Ken Ingram when he moved to Middleton, the group helps members keep physically and socially active with a weekly walk. The group joked that they would spend their grant “down the pub”, but in fact plan to buy pedometers for members are pay for transport so that they can walk further afield.

The event took place at St Luke’s Cares Charity shop on Dewsbury Road on Friday afternoon (24 May 2019). The shop’s volunteers were also recognised with a certificate and small gift.