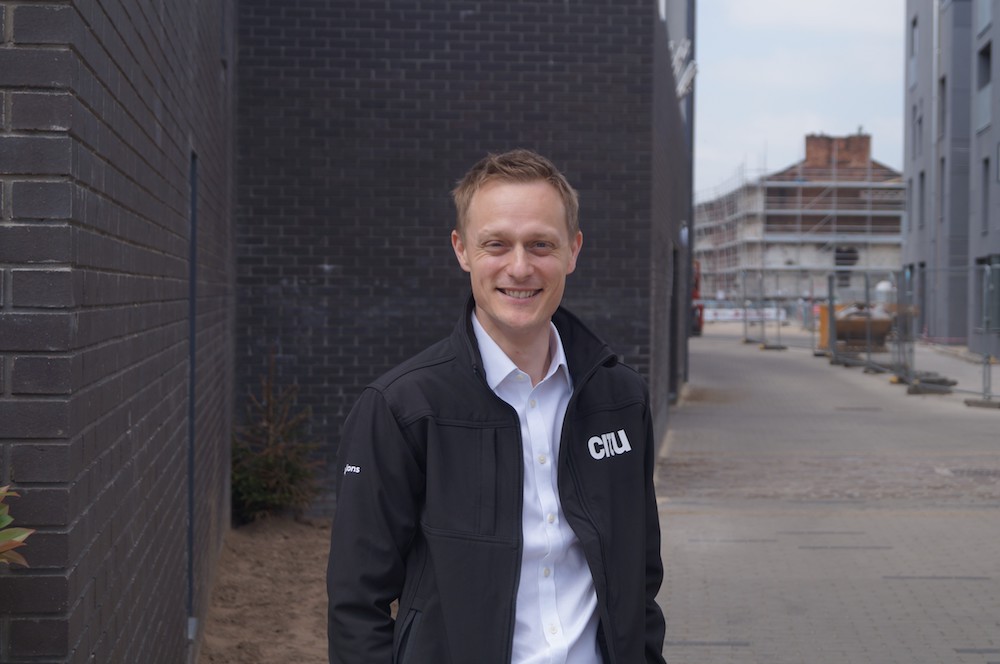 The appointment is part of Citu’s strategy to harness the best talent from a range of sectors from digital coders and architects to automotive experts, and re-purpose their skills to achieve the company’s ambition to accelerate the transition to zero carbon cities by changing the way homes in the UK are designed and built.

Steve will oversee the full construction journey of Citu’s ground-breaking timber-framed Citu Homes (developed in partnership with Leeds Beckett University), from their manufacture in its purpose-built factory in Leeds – Citu Works – to the onsite assembly of the homes by Citu Squads; teams of skilled tradespeople including plumbers, electricians and joiners who are employed full-time by Citu. The houses are airtight and thermally efficient, offering unrivalled energy performance up to ten times more efficient than a standard modern UK home.

Steve, who trained as an electrical and mechanical engineering apprentice before going on to study design and management at university, worked for BMW for a decade where he oversaw the production of more than 2 million MINIs at the company’s plant in Oxford. He was responsible for the manufacture of the MINI during the development of a revolutionary industry-first paint application process which removed one solvent-based paint layer, replacing it with an environmentally-friendly water-based solution.

“Steve’s background in the automotive industry and his passion for streamlining the manufacturing process to eliminate inefficiency aligns perfectly with our ethos. There has been an explosion in off-site housing construction over the past 18 months and most developers have gone down the modular route. At Citu, we’ve chosen the component route to give us much more flexibility of design and greater control over the energy-performance of each property. This means developing a whole new way of working.

“I’ve long been inspired by the car manufacturing model where the product is built in a factory to exacting standards, to be delivered on time to a set price and quality. This is exactly the approach we’re taking to achieve the high standards for sustainable, low carbon buildings. Over the last few years we’ve been developing a model which integrates the entire supply chain so that we can control every element of the design and construction in-house. Now, with Steve overseeing operations, we can benefit from his experience and ramp up productivity.”

“What Citu is developing is a revolutionary way of working for the construction industry which will eliminate waste – both in terms of time and materials. The model it has established is already working, and we’re now honing the process. For example, in traditional construction methods if there’s a problem onsite with materials or how elements in the home fit together, a joiner or fabricator will apply a quick fix on the spot which can be costly in the long-term and compromises the quality of the home. Instead, we go right back to the design stage and find a solution to stop the issue happening again and feed this information all the way down the chain. Part of my remit is to ensure seamless flow and communication between every element of the process – design to manufacturing to construction. Key to this is Citu’s apprentice scheme which allows us to grow the next generation of skilled workers who are at the core of our business.”

Construction is well-underway for the next phase of homes at Little Kelham in Kelham Island, Sheffield; a growing community of 250 low-carbon homes and repurposed listed buildings. The first properties are also being assembled on site at the Climate Innovation District in Leeds, which will feature 520 low carbon homes alongside leisure, offices and climate-resilient public realm.

“A big change is needed in the construction industry if we are going to tackle climate change in a way that really makes a difference. I wanted to be part of Citu and its bold team willing and prepared to show that it can be done on scale while also creating better city centre places to live, work and play.  Citu are actually making it happen and I feel fortunate to help drive that change.”

Once the Citu Works factory is up to capacity producing 750 homes a year, Citu plans to sell its Citu Home to other developers and local authorities around the UK, offering a low cost, climate-conscious solution to the UK’s housing crisis.

For more information on Citu, go to www.citu.co.uk