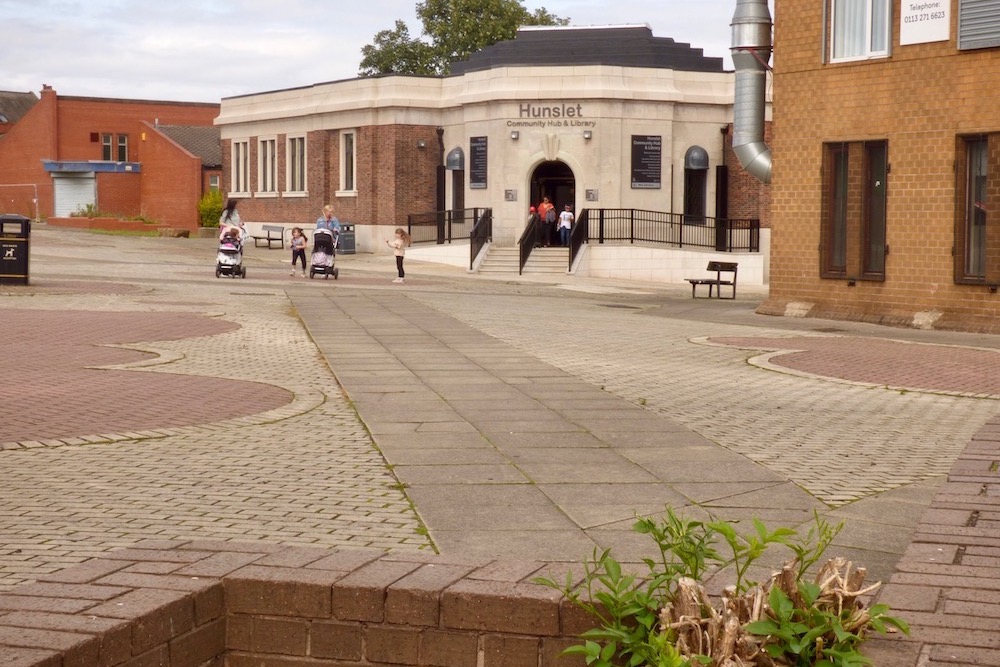 Councillors Paul Wray and Mohammed Iqbal (Labour, Hunslet and Riverside) have welcomed the news that the Hunslet Public Realm Improvement Project has now secured £150,000 from the UK Shared Prosperity Fund.

The project, a long-term ambition of theirs and their former Labour colleague, Honourary Alderwomen Elizabeth Nash, aims to improve the large public open space outside the Hunslet Community Hub & Library, off Church Street. The master plan for the paved space was costed at just over £300,000, but the project had been hit by delays due to the ongoing challenges faced by the authority as it worked to balance its budget.

But now, with a significant amount of funding having been safely secured, design plans can be updated, and the hope is that work will start on site quickly.

“Despite some misinformed claims early last year, this project has never been scrapped as it is a key element in our plans to improve public space in Hunslet. Council officers have been working hard in the background to secure other sources of funding so we could deliver on this promise to the people of Hunslet. I’m extremely happy we can now deliver the first phase of work.”

Work will continue to secure more funding so that later phases of the master plan can be completed – delivering a transformed public space for the main civic and commercial space in Hunslet.

“This is good news for Hunslet: it’s a key local space, currently going to waste, but with bags of potential. As ever, it’ll be crucial to put residents at the heart of the redevelopment, with all their insights and ideas – so that it becomes somewhere that’s useful and uplifting for the whole community.”