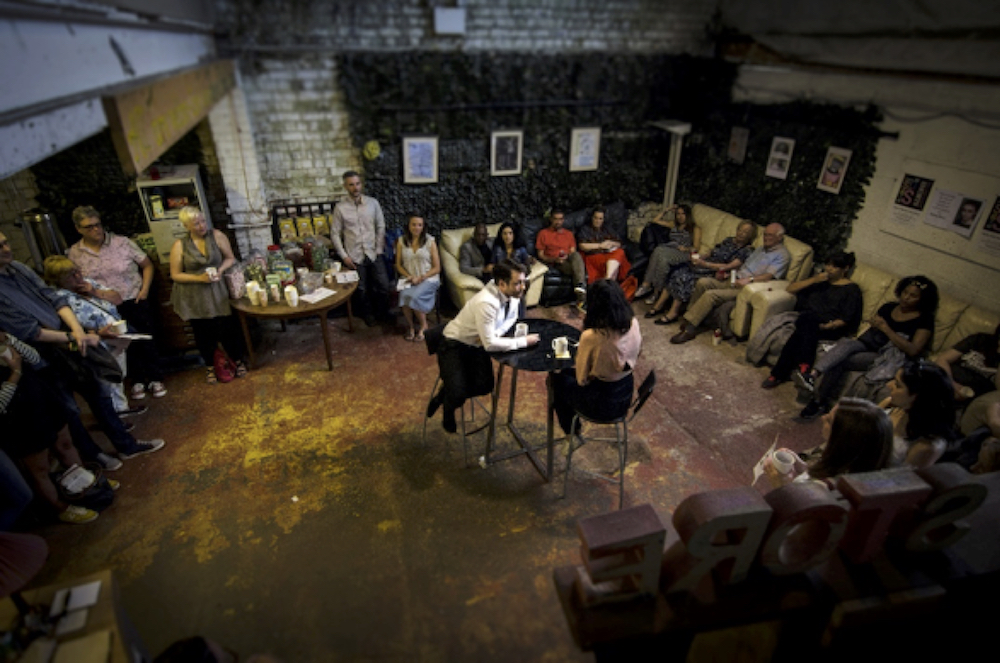 Back for its third year, Slung Low Shorts is a much-anticipated part of the Leeds summer theatre scene. The show of six new plays written by both established and up-and-coming television writers is cast locally and provides a showcase for local actors and directors. This year the show boasts a cast of 16 talented actors.

The casting also reflects the producer’s ‘fresh faces’ policy for the show. Actors who were cast in the previous year’s show do not feature in this year’s performances. Each year, co-producer Jo Adamson-Parker, works hard to find new actors from West Yorkshire to add to the large cast.

It’s all part of Slung Low Short’s lively approach to theatre. They want to provide an entertaining and unintimidating night of ‘no risk’ theatre for their audience. Co-producer, Lisa Holdsworth, explains;

“We are a Pay As You Feel show meaning you pay what you think the show is worth at the end. If you don’t like one play, don’t worry. There’s another one on in 15 minutes. And if you really don’t like any of them, don’t pay.”

South Leeds Life has two free* tickets for Tuesday 17 July to give to one of our readers. The catch is that you have to write a review of the evening’s entertainment, or talk to one of our reporters who will write up your thoughts if you prefer. If you would like the tickets please email info@southleedslife.com telling us why you would like to attend.

This year, the show promises that everyone will enjoy one, if not all, of the six new plays on offer:

Madeleine by Claire Bennett (Doctors, Holby City) is based on the true story of Noor Inayat Khan, an unsung heroine of World War II. Sent into occupied France to help the French Resistance> She is captured by the Germans and transported to Dachau. The play chronicles the day of her execution by the Gestapo.

Cutting the Cake by Lisa Holdsworth (Call the Midwife, Midsomer Murders) is a broad Yorkshire comedy based on her own family. Pensioners Barbara and Mike cause an international incident when they try to take a fruit cake through Australian customs. Daughter Kate must come to the rescue, but soon realises that her mother had ulterior motives for baking that damn cake.

We Are Ninja Division by Faryal Velmi (Ackley Bridge) follows the punk rock dreams of Yasmeen and Uzma. The Muslim Riot Grrrls break into a wig factory and stage their first gig despite the fears and disapproval of their parents.

Cricket by Matt Owen (Dangermouse, Dead Ringers) takes place during a one-day match at Headingley. Bob and Jean are on their first date after working together for years. Bob was hoping for a steak dinner, but Jean loves cricket. Will love flourish between the overs.

In My Eyes by new writer Sophie Poulston is a moving exploration of a young girl’s struggle with her gender whilst she cares for her visually-impaired mum. Feeling trapped by both her body and her role as her mum’s carer, Jodie takes a job with a local barber. Her relationship with him helps her understand her confusing world.

Monster-Proof by John Hunter is a truly original play inspired by blockbuster monster movies. A monster is attacking the city but Carol refuses to leave her penthouse even when Verity arrives to evacuate her. A battle of wills ensues which will leave audiences asking how they would react to a monster-sized disaster.

Slung Low Theatre’s HUB is located at 67-71 Bath Road, under the viaduct in Holbeck, LS11 9UA.

To book tickets go to: www.eventbrite.com/e/slung-low-shorts-3-tickets-47223688323 (tickets are free but must be booked in advance – you pay what you feel the show was worth at the end of the performance).