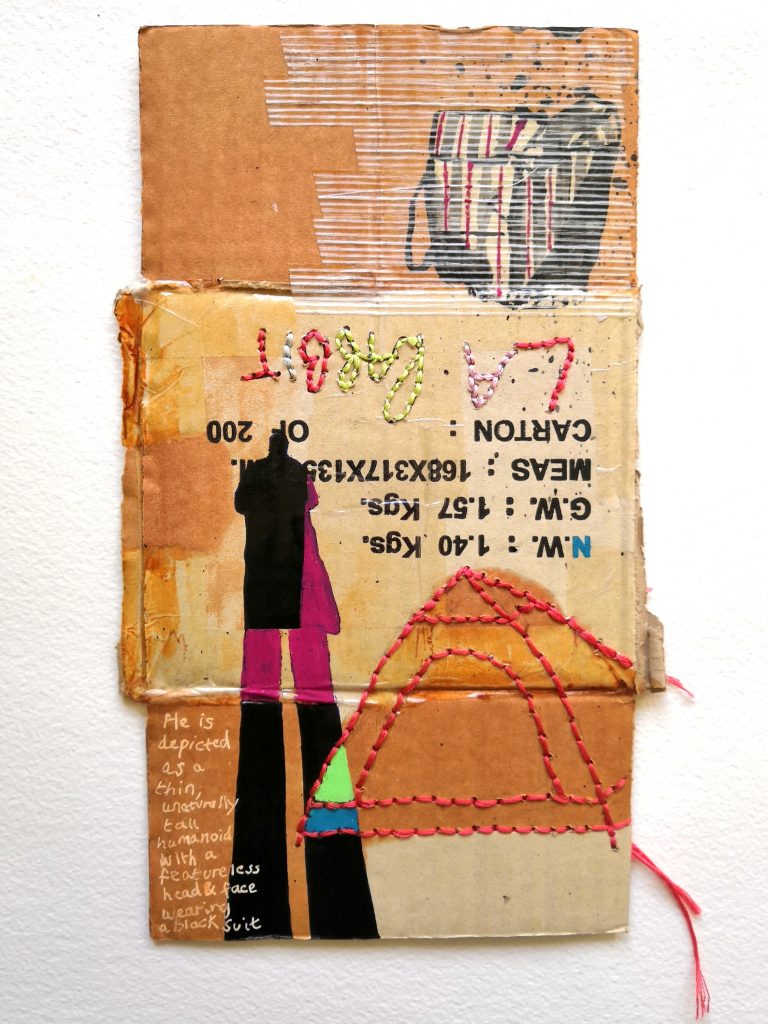 Over the last twelve months BasementArtsProject has been working with four artists whose ages range from 21 – 61. The project has been an educational experience for everyone involved, including myself as curator and project manager, and is still ongoing.

On The Corner is a project that involves five individual projects by four artists. This Lunchtime Conversation event looks at the completion of the first three of the five projects. You are invited to come and join us, view the exhibition, have lunch and discuss the work on display.

Phill Hopkins is a Bristolian, graduate of Goldsmiths; London in the early eighties and a long time resident of Leeds, much of this time in Beeston itself. Hopkins has works in art collections around the world such as the Hungarian Museum of Photography and The Imperial War Museum. For this exhibition BasementArtsProject has loaned one of Hopkin’s works from the Leeds Collection and placed it amongst the installation of current work entitled ‘A House Within A Home’ that Hopkin’s has been producing since the start of this project.

Jadene Imbusch is a Beeston born student of Fine Art at Loughborough University. Imbusch is at the beginning of her career as an artist and has been working on a project called ‘Pitched’ for this project. As with Hopkins her work addresses some of the social issues affecting the country at this moment in time: homelessness, poverty, work, Brexit. Together their work speaks loudly about not just national issues but how they affect communities at a local level.

Alongside their solo exhibitions Hopkins and Imbusch have also collaborated on eight works also on display.

On Thursday BasementArtsProject will be preparing a lunch of two types of curry (Lamb & Chicken and Paneer, vegetarian option) for 10 people. There will be a tour of the work given by the artists as part of this event. To be one of the 10 grab a ticket by visiting: https://www.eventbrite.com/e/lunchtime-conversation-phill-hopkins-jadene-imbusch-tickets-66593716599?aff=ebdssbdestsearch

Over the next couple of weeks there will more Lunchtime Conversation events with the other artists involved in this project Keith Ackerman and Dominic Hopkinson. More on them later . . . .