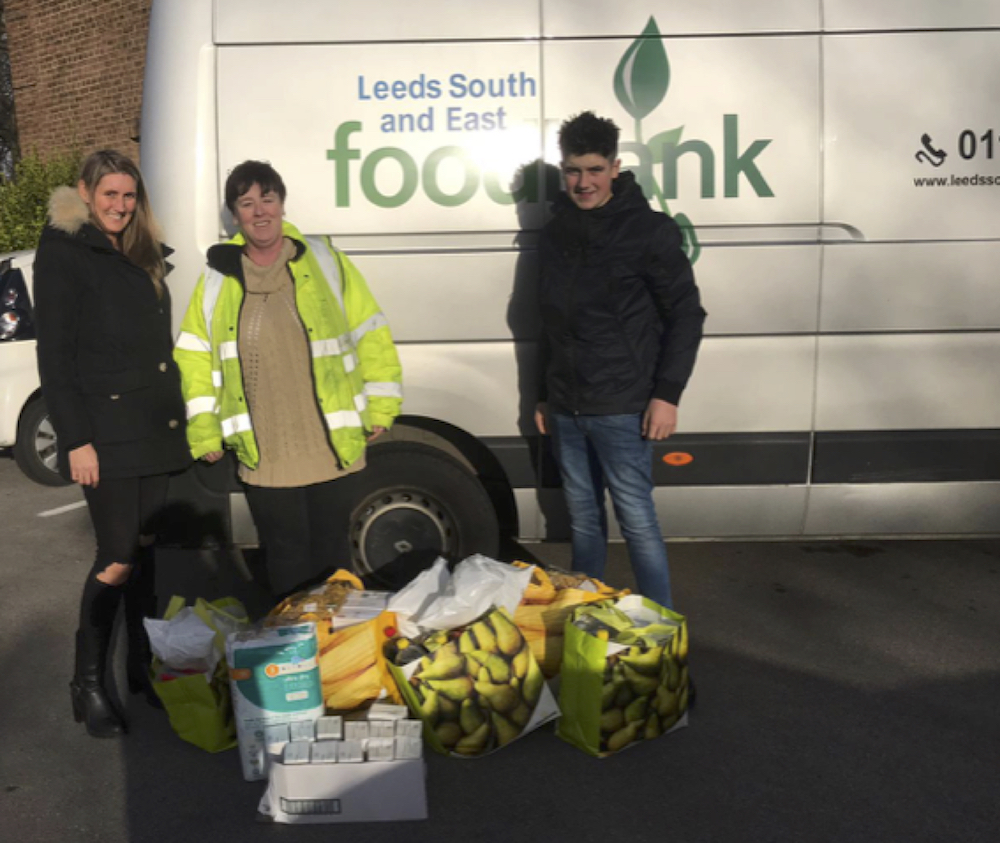 A new craze is spreading quickly amongst West Yorkshires Gypsy and Traveller communities:  #FoodbankNomination, a phoneme where, once you have filled a shopping trolley full of food and donated it to your local foodbank or homeless charity you are free to nominate others to do the same thing.

‘’I suppose it means that it spreads really quickly’’ said Grace Cunningham ‘’when one person does it they tend to pass it onto more than one friend’’.

Food banks across the county have welcomed the craze, earlier on today we spoke to Wendy Doyle  from Leeds South and East Foodbank who run 12 sites across the area, she said:

“We have been inundated donations from the Gypsy and Travelling communities.  Since Thursday we have taken half a ton of food, twice as much as we would normally.”

“We would encourage everyone to carry on this amazing support, we are still in need of donations, at the moment we are low on tined food, long life juice and pet food”

Food can be dropped off at participating supermarkets or at their depot on Lenton Drive, off Dewsbury Road in Beeston.

“I’m proud to be a member of the Gypsy and Traveller community…. I accepted my nomination this morning and we donated a trolley load to Leeds South and East Foodbank, the thing is I can’t think of anyone else from our community who hasn’t done it! This has gone massive”.

Photo: Elizabeth Spaven and her son Tom with Wendy from Leeds South and East Foodbank when they delivered their donation.

This post is based on a press release from Leeds GATE