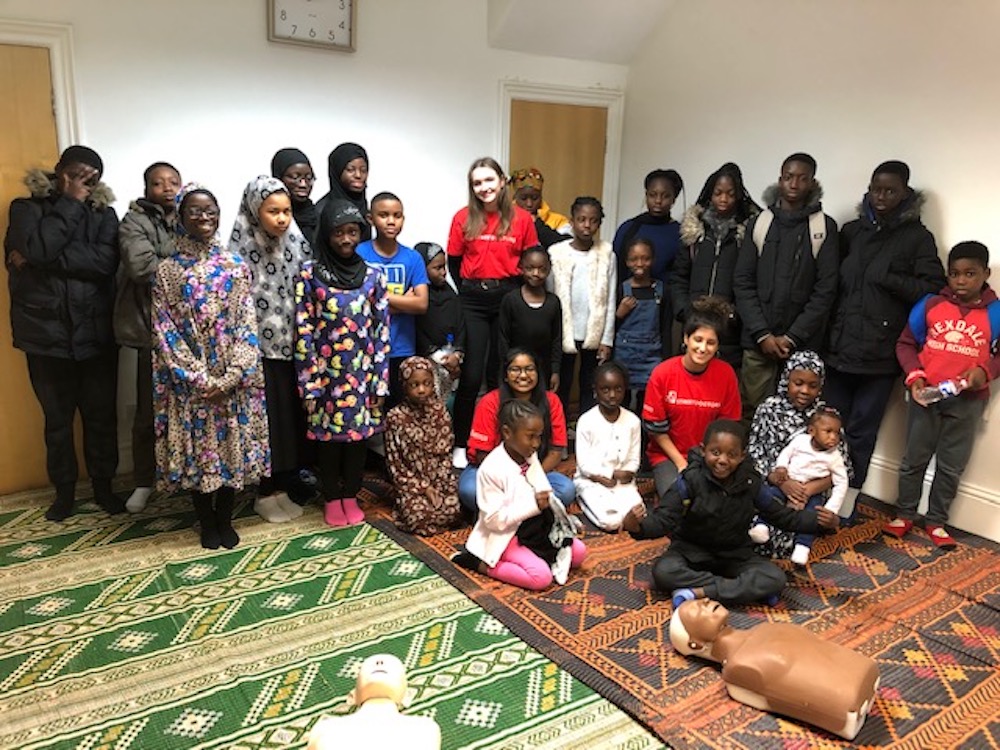 On Saturday 9 March 2019, at The Gambian Community Centre  in Holbeck, over 15 young people, along with their parents, were given a crucial insight to the dangers of losing a significant amount of blood, the major organs and where they are located in the body and also the importance of blood in our bodies. The workshop also covered how to identify whether someone is conscious or unconscious and how to perform immediate action treatment until medical help arrives.

The event was organised by The Gambia Welfare Society Leeds in partnership with “Street Doctors” a group of Medical students raising the awareness of the importance of blood in the body.

The workshop was presented by three representatives of Street Doctors: Antonia Perumal, Laura McCormick and Maria Yacoub who taught the children how to stop bleeding and the amount of blood inside the human body. The street Doctors delivered lessons about life-saving techniques during medical emergencies. For example, how to treat a conscious or unconscious casualty and the correct technique for putting someone in the recovery position.

The Street Doctor team brought in dummies and used them to demonstrat how to conduct cardiopulmonary resuscitation (CPR). The CPR demonstration was made so simple that even the youngest among the group were able to follow and understand. To confirm that everyone understood what had been taught some of the children were nominated to carry out CPR on the dummy and every one of those children competed the CPR at a very good standard.

Following the children’s demonstration, the Street Doctors also requested a willing volunteer from the parents to demonstrate how to perform CPR – Uncle Nuha Ceesay volunteered and subsequently delivered CPR to a very high standard. The workshop was extremely beneficial and indeed well received by the children and parents.

Muhamed Samateh and Lolly Sawo from the children’s group stood up and thanked the Street Doctors for their work, particularly Antonia, Laura and Maria for giving up their Saturday to teach them about the importance of blood and the life saving techniques. The sessions were interactive and whilst imparting a great deal of information, the participants were able to demonstrate what they had learned into practice in front of others.