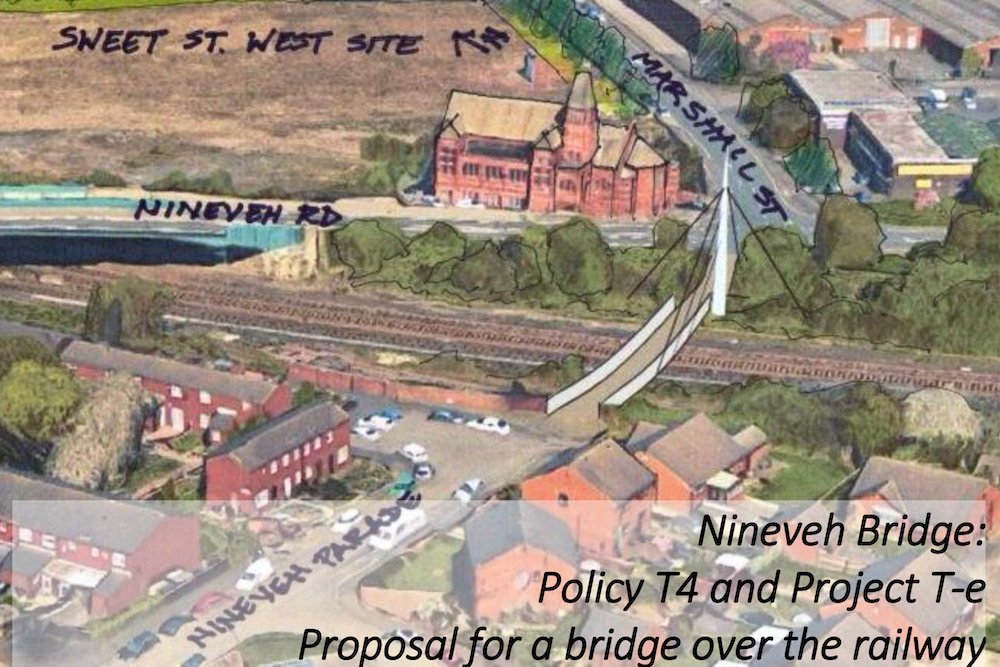 The Council has approved funding to carry out a feasibility study into building a new pedestrian and cycle bridge over the railway line to link Nineveh Parade and Marshall Street in Holbeck.

The new link is part of wider plans to improve connectivity between the established residential parts of Holbeck and the Holbeck Urban Village / Temple District / South Bank areas of Holbeck close to the River Aire; and is backed by various planning documents, including the Holbeck Neighbourhood Plan.

Whilst there is an existing footbridge over the railway, running from Creskell Road, there are public safety concerns about its right angle turns at either end.

The new bridge’s landing points would be at the end of Nineveh Parade and the junction of Nineveh Road and Marshall Street by the old Holbeck Library building. This would provide a more direct and safer route for pedestrians and cyclists to and from the city centre.

The study will cost £30,000 which will come from the Holbeck Urban Village Connectivity Capital Budget, funded by S106 receipts ringfenced for connectivity and urban realm enhancement work in the Holbeck area.

One Reply to “Feasibility study for new Nineveh footbridge”