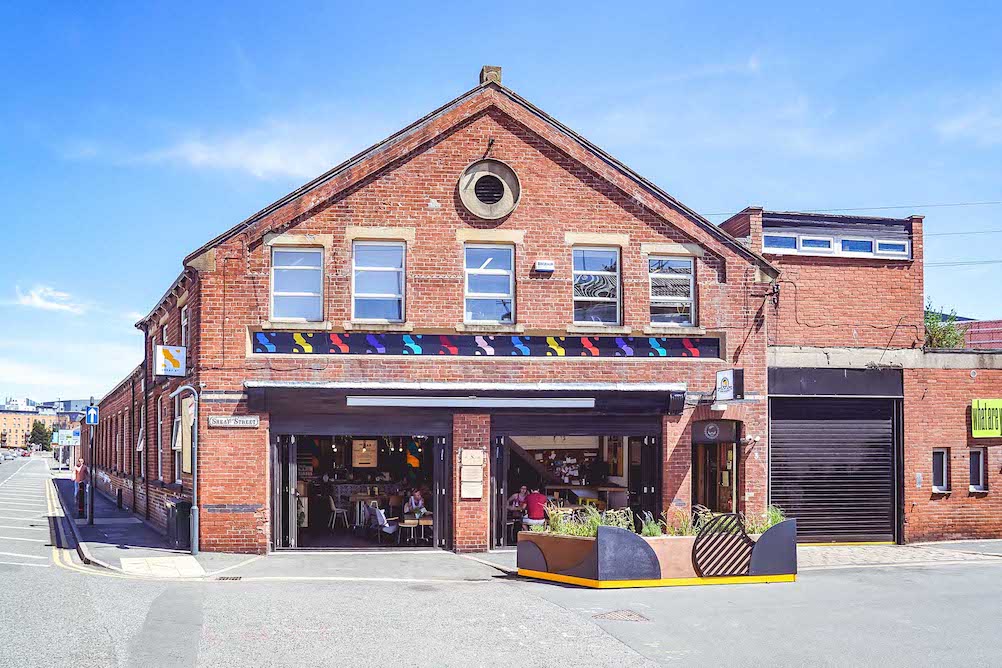 Everything from scratch. Organic where possible. Local. Fresh.

This motto sums up the ethos of a café, tucked away in the shadow of the Tetley, that is bringing the burning issue of sustainability to light.

The Grub & Grog Shop on Sheaf Street, Hunslet, began before veganism and vegetarianism became the unignorable cultural trends that they are today. Back then, it was a matter of identifying a gap in the market.

But now that concerns about ethical food and sustainability are at the forefront of efforts to fight climate change, it is an example of the way forward as the world grapples with the challenge of feeding an ever-growing population while protecting the environment.

The wooden furniture, upbeat music and plants provide an earthy and organic feel that is backed up by the food and drink served: fresh salads, soups and a mix of vegetarian and non-vegetarian meals, while out-of-date beers are sold at cut-price deals to combat waste.

Local is the watchword. Most of the produce comes from a farm in Tadcaster, explains co-manager Jim Hirst. “The menu is dictated by what they have grown that week. The specials board changes depending on what’s ready that week.

“Everything is, where possible, UK-grown or -sourced. The only oil we use is rapeseed oil, which is grown half an hour away. The salt is UK salt. All pulses and grains are from the UK.”

Last year, Greggs launched its vegan sausage rolls to much fanfare, while some of the world’s largest fast food chains, including KFC and Burger King, are creating vegan products to supply a growing demand. But replacing burgers with fake meat is not everyone’s cup of tea. Does sustainable food have to be flavourless? 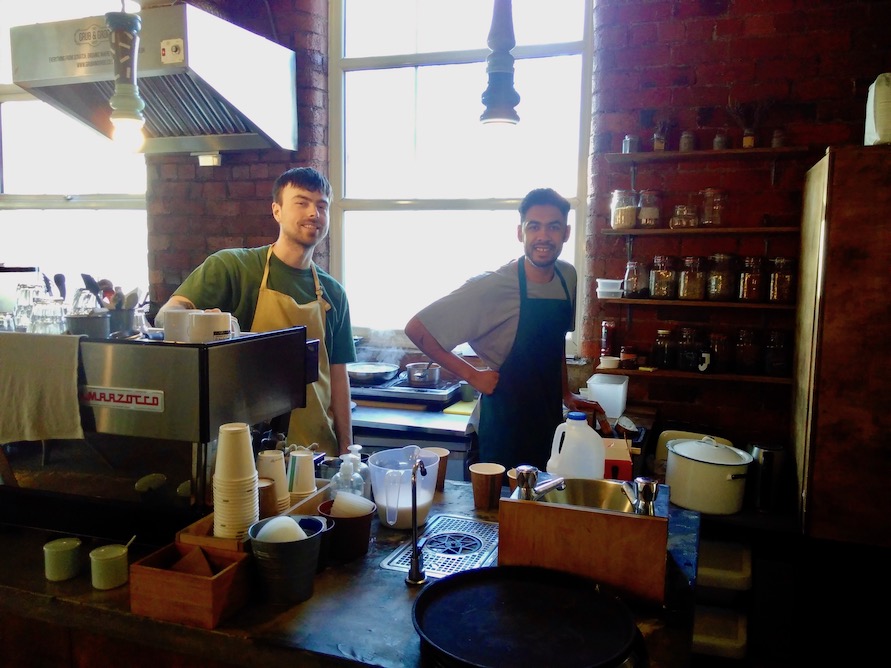 “There is an element of that when people try to do fake meats and mimic meatballs,” admits Mr Hirst. “As soon as you go down that route, the only real flavour you’ve got is salt.

“We celebrate what’s in season, for example beetroot – we’ll grate them and make them into patties, use them in salads or coleslaw.

“It’s more about what the vegetable is and where it’s come from, not doing too much with it to morph it into something else.”
A common criticism of vegetarianism and veganism is that it is a niche fad, popular with millennials and not with the wider population. But by offering both meat and meat-free meals, the Sheaf Street cafeteria aims to transcend generational and cultural divides.

“I don’t think the focus should be on veganism as such. It should be on where things have come from,” underlines Mr Hirst. “You can have something that’s vegan, but it’s gone through avocados or almonds, which might not directly affect animals, but in the long run, they do.

“It’s more about farming processes and using things as locally as possible,” using substitutes like squash that grow all year round. There’s a big reason why we use local food. In a holistic approach, you’re looking at keeping the money in the local economy longer rather than big companies like McDonald’s doing a vegan offer and the money going somewhere else.”

Some might be put off by the idea of paying £6 for baked beans on toast or a salad. Is eating healthily and ethically sustainable for people’s pockets as well as for the planet?

“We used to be a lot cheaper, but we pay our staff quite well. We’re not that expensive,” says Hirst. “The produce is [of] the highest quality, local, and in a lot of cases cheaper than the supermarket.

“Maybe people take advantage of the label of organic or sustainable, but if you’re buying local it doesn’t have to be expensive. There isn’t a value in things like that.

“People just want the cheapest food possible and don’t think about the other things, people on minimum wage doing the packing. That’s kind of forgotten about.”

The Grub & Grog Shop is open daily 8:30am-4pm. Sheaf Street Cafeteria is on the corner of Crown Point Road and Sheaf Street.