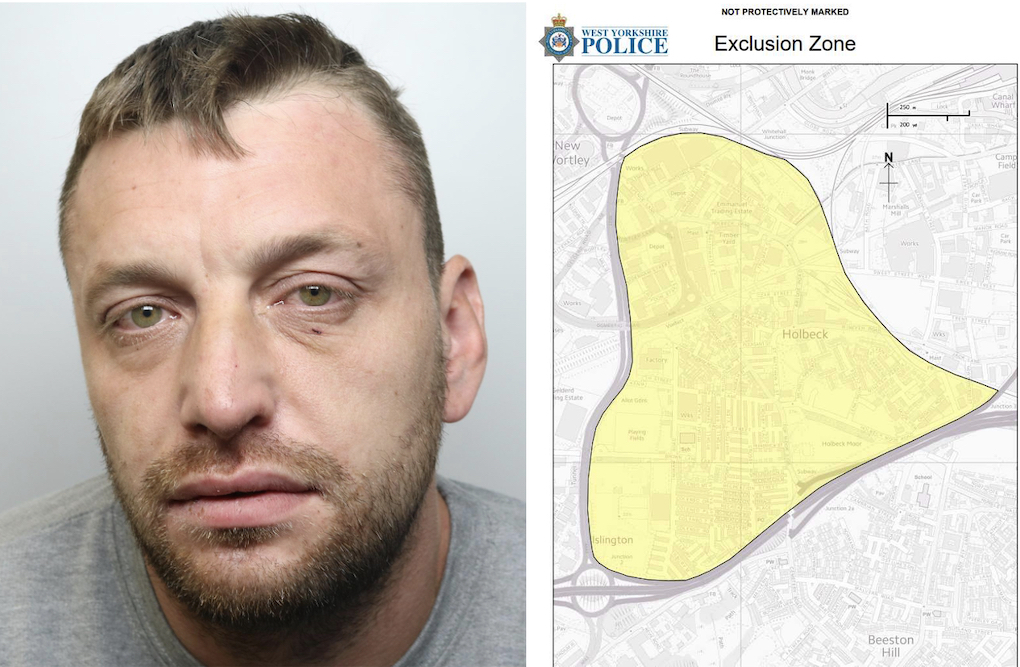 A man has been banned from entering the Holbeck area as part of ongoing partnership work to tackle drug-related crime and anti-social behaviour.

Jordan Bingham, aged 32, of no fixed address, has been served with an injunction that forbids him from entering, attempting to enter, or remaining within an exclusion zone that covers the area.

He faces imprisonment for contempt of court if he breaches the order, which was granted at the County Court at Leeds and runs until 13 July 2023.

Their ongoing efforts have focused on combatting the organised criminal exploitation of vulnerable people in the supply of heroin and crack cocaine.

The issues have centred around drug dealers taking over vulnerable victims’ addresses to deal from – a practice known as ‘cuckooing’ – and operating other properties as ‘trap houses’ to supply drugs around the clock, blighting the lives of nearby residents.

Violence and threats and intimidation are used to control vulnerable victims who are used in the illegal trade.

“Getting Jordan Bingham banned from the Holbeck area through this injunction is a significant positive step in our work to reduce the harm that the organised supply of Class A drugs does both to vulnerable victims and to the wider community.

“The community has a key role to play in helping us to enforce this order by being those additional eyes and ears and reporting any sightings of him in the area immediately.

“This innovative use of the available legislation forms part of our ongoing efforts to tackle the issues around the street-level supply of drugs, and the crime and anti-social behaviour that accompanies it.

“Our recent work targeting trap houses has seen us make several arrests and seizures of drugs, while we continue to work in partnership with our council colleagues and other agencies to safeguard those who are being exploited by drug dealers.

“We remain absolutely committed to taking robust action against those whose criminal behaviour impacts negatively on the law-abiding majority of people in Holbeck.”

“This injunction against Jordan Bingham comes as a result of months of positive partnership work between the police and the council’s anti-social behaviour team.

“Together with our partners we remain absolutely committed to ensuring that residents in our communities are safe and feel safe. Anyone whose criminal behaviour negatively affects the wider community can expect to have the full force of the law used against them.”