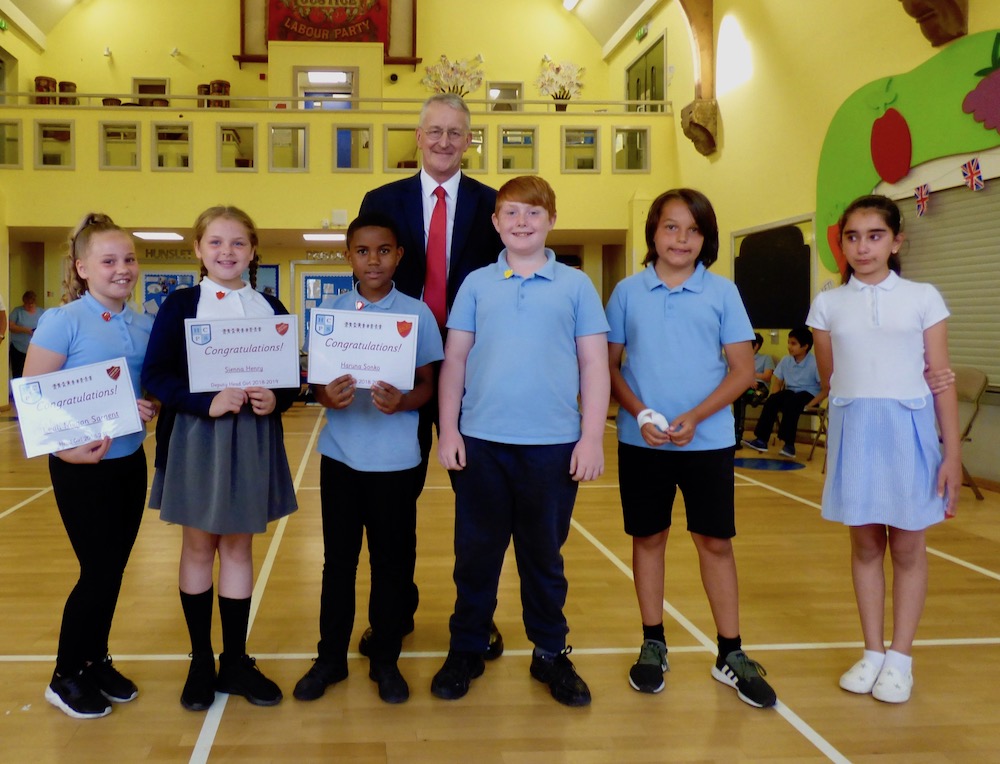 This week has been all about democracy at Hunslet Carr Primary School as the pupils and staff have elected their new Head Boy and Head Girl for the coming year.

On Monday the four candidates for each position read a speech to the school assembly explaining what they would bring to the role and changes they would like to see in the school before the voting began.

Then on Friday morning (6 July 2018) they waited nervously in assembly to hear the result from their MP Hilary Benn. Seven of them were in the hall with one on the end of a video call.

First the two boys and girls with the highest votes were revealed. Then as the excited children beat their hands on the floor for a drum roll, Hilary Benn spedded forward to open the envelope and announce the winners.

Before he did that, he spoke to the unsuccessful candidates saying:

“If you vote for me I will make the school bigger, better and stronger than it is now. I understand that this is a big opportunity for me. It would be an honour to be your Head Girl and it would mean the world to me.”

Haruna said he was inspired by his mother who was head girl when she was at school.

“I would like to be Head Boy, not because it’s a fancy title, but to become part of the school and to give other people a voice, to be your helping hand to make it even better.”

The new Head Boy and Head Girl received certificates and the prized enamel badge that they now proudly wear in school.