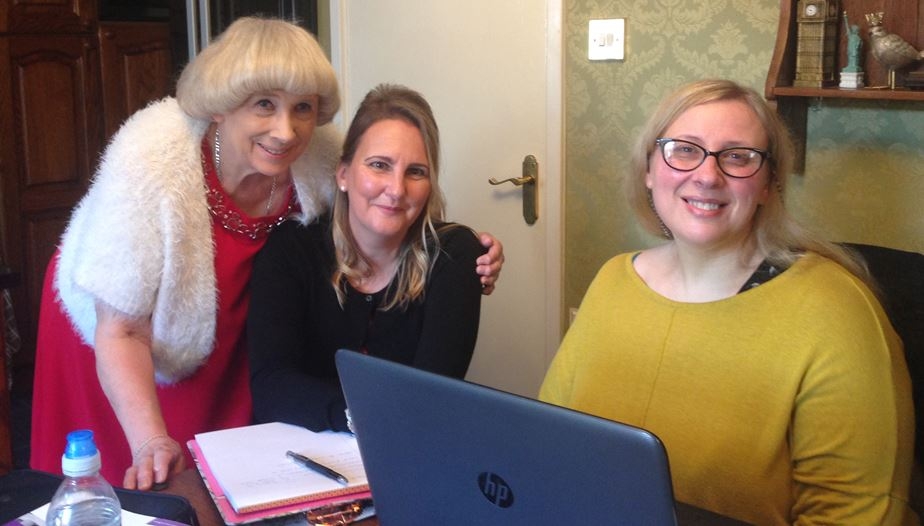 To mark World Stroke Day on Sunday (29 October 2017) I wanted to let you know about an amazing woman who lives in Hunslet.

This person is called Deborah and in 2016 she had a stroke. As would be expected this shook Deborah and her family’s world to the core.

“At first I could hear but not speak. I had to say to myself, be calm.”

Deborah’s stroke left her with a condition called Aphasia. Aphasia is experienced by a third of stroke victims (i.e. 40,000 people each year) and it affects the patient’s ability to speak, read, write and comprehend, to varying degrees. Alongside finding it difficult to communicate and be understood Aphasia can leave a person feeling isolated and vulnerable at a time when they need extra support.

Deborah’s Aphasia is mild-moderate receptive aphasia and moderate expressive aphasia, which means her sentences are not always grammatically correct and sometimes she struggles to understand the meaning of words and sentences.

Deborah was discharged from hospital in October 2016 after receiving speech and language therapy support at Chapel Allerton Hospital. She was referred to Speak With IT, who are a charity supporting people with Aphasia to improve their speech using computer therapy.

Deborah was paired with a trained volunteer. Nina, who is now a qualified speech therapist, but who was then a Speak With IT volunteer complimenting her speech therapy studies at university with practical work experience. This allowed her the opportunity to put her learning into practice in real life situations – in this instance, supporting Deborah to use computer therapy to improve her speech.

12 months on and Nina is still visiting Deborah at her home in Hunslet and Deborah has just been awarded a grant by Tavistock Trust, enabling her to access a specific computer therapy programme for two years.

Deborah has come a long way since her stroke. It has been the battle of a life time, but she is now able to produce short grammatically correct sentences and contribute to conversations which has improved her quality of life. Deborah continues to improve and work hard to achieve her communication and rehabilitation goals.

What advice would Deborah offer to other people who may be going through the same life changing experience she went through in 2016?

“Be careful. Do it slowly. In your mind you might think I can’t do this but it will happen. Don’t rush, be calm. When I could not speak and could only hear I had to say to myself – be calm. Try and relax, take every day as a different day. Don’t think too far ahead. Just take it slow. Be calm.”

These comments were paraphrased from an interview with Nina and Deborah. This post was written by James Major using our Create an article for South Leeds Life page.