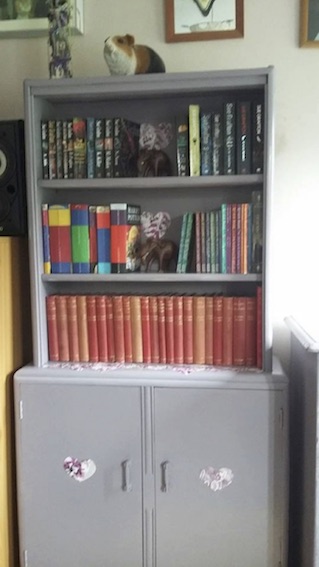 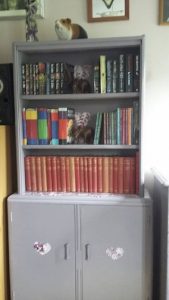 I have recently been making some improvements to my house and had some old, tired furniture that was, if I’m honest, pretty ugly.

I had a battered bookcase that had belonged to my grandparents and holds lots of memories for me. When I was a child it held a set of Rudyard Kipling books which my Granddad passed on to me. I still have the books and they are now in their rightful place.

Alongside the bookcase lurked an equally ugly chest of drawers that had belonged to my husband’s family. Neither of us particularly liked the pieces but did not want to throw them away.

I had seen shabby chic and up cycled furniture around and have seen TV shows about revamping old furniture. It was something that I was interested in doing to the bookcase but never got around to doing myself. Paying someone else to do it was the lazy girl’s option. Seeing House of ENM Furniture on Facebook was exactly what I wanted. 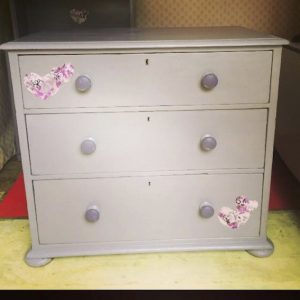 Emma is a busy mum of 2 who revamps second hand furniture in a couple of sheds in her back garden. Most of the furniture comes from SLATE but, as I did, you can give her your old stuff to paint. Emma started to paint old furniture to save some money after moving house and shared the pictures on Facebook. She had such a positive response from friends that she decided to give it a go as a business.

I contacted Emma and sent her some pictures, following a discussion about colours and style we agreed on a basic idea and I dropped them off. I was so pleased with the drawers and bookcase that I asked her to source me a mirror to complete the set. During a chat, I happened to mention that I was looking for a cabinet for my living room but was having a problem finding something suitable due to the size of the space. Within days she had found me the exact thing I wanted and I provided the paint so it would match perfectly. 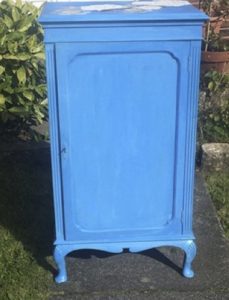 More examples of her work can be seen on her Facebook page, House of ENM Furniture.

One Reply to “Up-cycling for lazy girls”