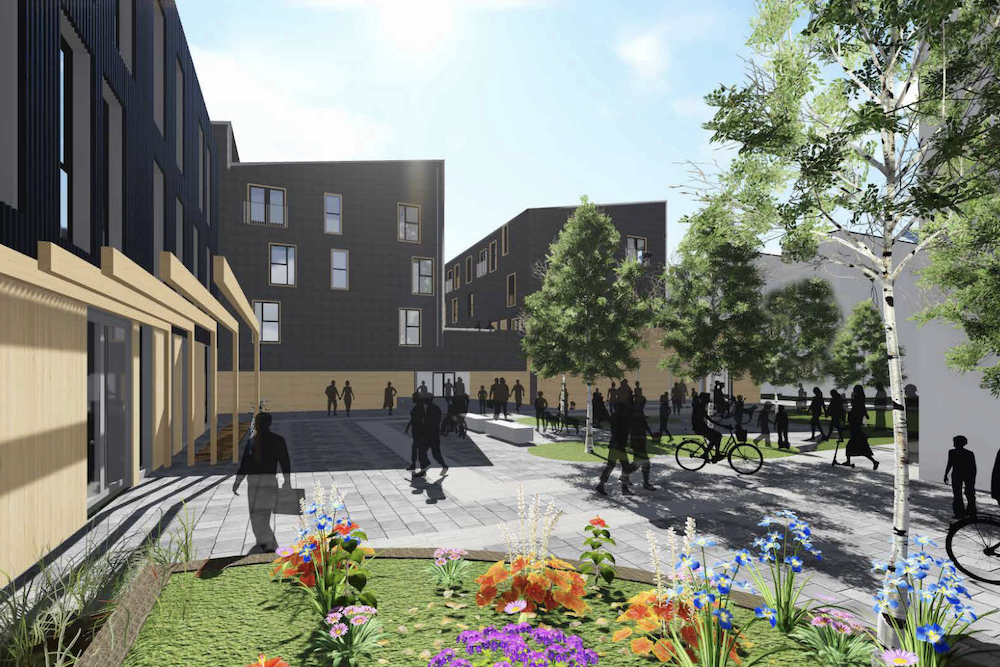 Councillors on the City Plans Panel will consider two applications from South Leeds when they meet next Thursday (11 August 2022).

An application for 370 flats on land off Water Lane in Holbeck will return to Panel having been deferred last month due to viability issues. A new application from sustainable developer Citu will also be considered for a combined primary school and elderly care home in the Climate Innovation District near the Royal Armouries in Hunslet.

The Holbeck scheme is located next to Midland Mills on a piece of land which has been used as a car park in recent years. The site is constricted and with building costs rising fast at the moment, the developers, McLaren, had asked to be exempted from a number of local planning policies to keep the project viable.

Councillors were not keen to waive conditions including affordable housing provision, active travel plan and local greenspace contribution. They asked the developers and planning officers to have further discussions on these issues.

The developers are now offering to include 19 units of 3-bedroom affordable flats, plus an additional £50,000 of s106 funding to improve pedestrian safety on Water Lane. Officers are now recommending that the scheme is approved.

The second scheme under consideration is an innovative project described as a multi-generation building comprising a primary school, nursery, 72-bed care home, 80 flats and cafe at Sayner Lane and Clarence Road in Hunslet.

The four storey building is the latest phase of development that Citu have brough forward in the area. As we have previously reported, town houses and flats have been built on the north bank of the River Aire with a new footbridge completed in 2019. On the south bank of the river Citu have built a factory to manufacture finished timber-framed elements that can be bolted together on site. The multi-generational building will be sited behind the factory on Sayner Road.

The building will wrap around a courtyard with the nursery and primary school occupying the ground floor on three sides and the care home on the ground, first and second floors of the fourth side. 80 flats will be built above the nursery, school and care home and a café will be provided in a corner of the courtyard.

As with other phases of the Climate Innovation District, Citu will build to very high environmental standards with high insulation and low running costs.

The application is recommended for approval by officers. You can read the full report here.