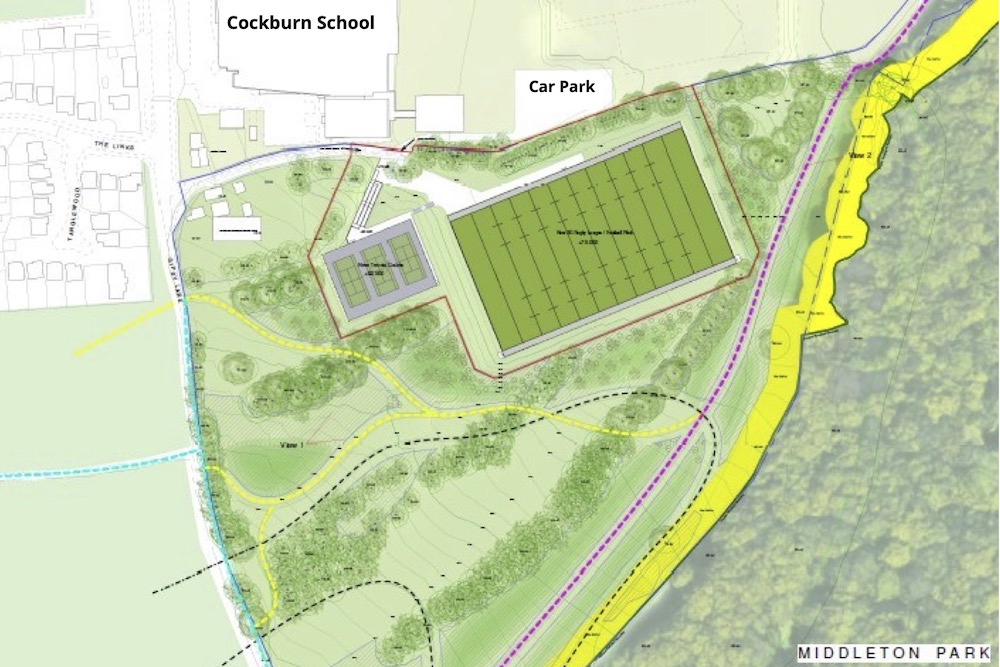 The controversial planning application to build new sports pitches on land that formerly part of South Leeds Golf Club will be debated by Councillors on the South & West Plans Panel on Thursday (7 July 2022).

The application has been referred to the panel by Cllr Sharon Burke (Labour, Middleton Park) after a large number of objections were received. In total 201 comments were received of which 48 were objections.

As previously reported on South Leeds Life, the Cockburn School’s application arises as a result of creating extra school places in response to the shortage of secondary school places in South Leeds. As a result the school has only 64.5% of the Department for Education required play space for a school of its size.

Objectors have raised a range of concerns including loss of mature trees, concerns of the impact on the nearby ancient woodland ecosystem, the closing of a historic bridleway and the use of microplastics in the synthetic pitch.

Councillors are being asked for their opinions on the application to form a Position Statement, but not to determine (grant or refuse) the application.

Councillors will be asked to comment on the following planning issues:

You can read the full report to the Panel here.