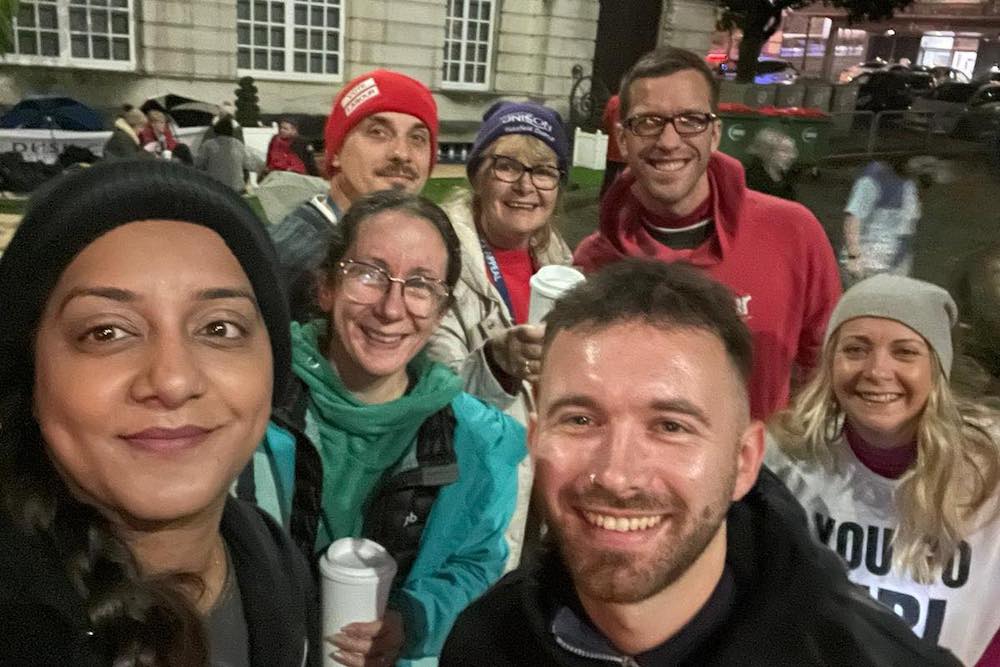 Cllr Paul Wray (Labour, Hunslet & Riverside) and Cllr Andrew Scopes (Labour, Beeston & Holbeck) joined other South Leeds residents to take part in Simon’s Big Sleepout to raise money for Simon on the Streets. They helped to raise £1,500 between online and offline donations by sleeping on the floor of the Leeds Civic Hall carpark.

“Homelessness, despite the best efforts of the Council and wonderful charities such as Simon on the Streets, is increasing, more so as the Cost of Living crisis bites. Raising money and awareness for charities like these is one way we can help them. We had it easy and were safe while we were sleeping outside, but those who are really rough sleeping have a far more unpleasant time.”

“Simon on the Streets is an independent charity, so unlike many services who are commissioned by the Council, they can spend as much time with a rough sleeper as they need to, helping and supporting them to stop rough sleeping. But their work is getting harder all the time.”

Peter Chambers, a Middleton resident who joined them on the night reflected on his time supporting rough sleepers:

“Through my volunteering, I’ve seen the support for those sleeping rough on the street reduce overtime. The Council is having to make its money stretch further and charities like Simon on the Streets are having to do more as a result. It is heart breaking.”

Rough sleeping is on the rise across most major cities and towns, and what was once an issue for Leeds City Centre, has now spread into the areas of Holbeck and Beeston which border it, stretching the support given by commissioned services like the Leeds Street Outreach Service and charities like Simon on the Streets.

Find out more about Simon on the Streets at simononthestreets.co.uk.