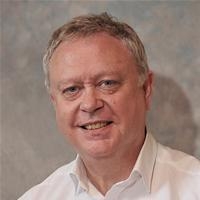 Councillor Truswell, who represents the Middleton Park ward, highlighted three “shameful statistics” that he said demonstrated the effects of austerity policies in Leeds:

“Last year the Red Cross described the situation in health and social care as a humanitarian crisis. Why? Because this Government’s underfunding and cuts are unprecedented.

“In his Autumn Budget the Chancellor allocated less than half of the £4 billion the NHS urgently needs. He did not allocate one extra penny piece to social care.

Councillor Truswell said a study in the British Medical Journal in November suggested that Government austerity policies have caused 45,000 extra deaths since 2010. That figure could grow to 120,000 by 2020. Many of those deaths were people reliant on social care. One of the co-authors, Prof Laurence King of Cambridge University, called it “economic murder.”

He later explained that could amount to over 1,500 extra deaths in Leeds, with many of those concentrated in hard-pressed communities like South Leeds.

“This underfunding of the NHS and cuts in social care can’t go on. Our health and social care system is at breaking point. It is held together solely by the dedication of its staff. We owe it to them and the people of Leeds to demand the Government tackles this crisis, or makes way for a Government that can.”