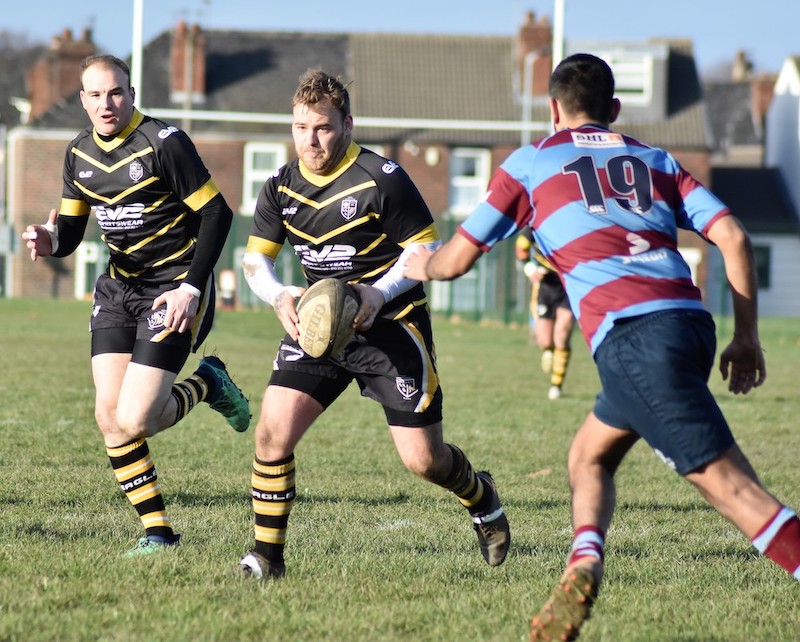 Leeds Corinthians RUFC travelled to lowly Rotherham on Saturday (8 February 2020) looking to cement their place at the top of Yorkshire 3.

They came away with a comprehensive victory, but one which at times they made difficult for themselves. They began the game at lightning speed with tries from Neil Orr and Gareth Moore inside the first 6 minutes, Moore added a conversation for a 12-0 lead.

Rotherham then enjoyed a period of possession, but their tactics of one man driving the ball in alone were never going to trouble the Corinthians defence. For their own part Corinthians were guilty of over complicating things, thinking they could score off every play instead of building a platform and players trying to score individual tries rather than create team opportunities.

They did add two further scores towards the end of the half through Ellis Robinson and Danny Boyes before handing Rotherham a simple opportunity on the stroke of half time for their only score of the day.

The half time score was 22-7 in Corinthians favour and despite this they received a well-deserved telling off from coach Peter Seabourne during the break.

Corinthians came out a better side and stuck to the game plan. They were rewarded with six further tries from Chris Chapman, Josh  Cassar, Ben Walker and James Addis whilst Robinson completed his hat trick.

Despite the breezy conditions all conversions were added, 1 by Moore and 5 by Tom Burnell giving Corinthians resounding 64-7 victory. This extends their lead at the top of Yorkshire 3 to 8 points as nearest rival’s Knottingley failed to pick up a bonus point.

Our second team also continued their recent rise of form. Tries from Conor Clegg, Dave Berry and debutant Alan Day gave the boys a 14-21 win away to Burley. Conversions coming from Dave Berry and Adam Hirst.

Captain Mick Starsky and his understudy Eddy Johnson put in real good shifts along with the always dangerous Arron Whickham.