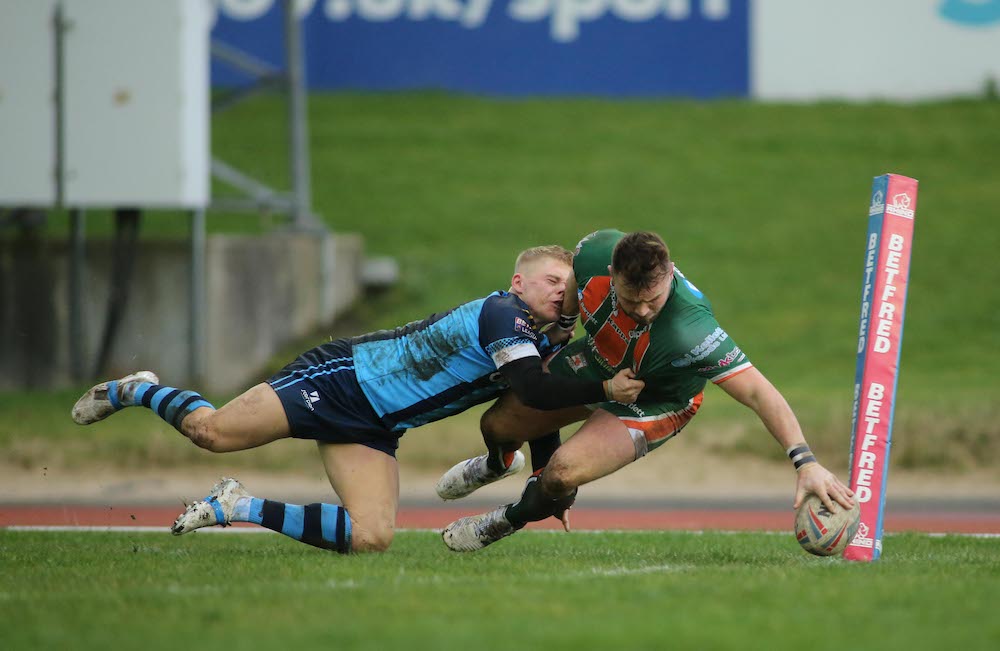 Hunslet made it through to the next round of the Coral Challenge Cup despite the best efforts of Storm Ciara and the Coventry Bears at the South Leeds Stadium today (Sunday 9 February 2020).

It was testament to the efforts of the back room staff that the game was actually played, last night’s weather putting plenty of water on the pitch. But by the time kick off came round conditions were almost balmy and a price drop to £10 for adults made it worthwhile for the fans that turned out. 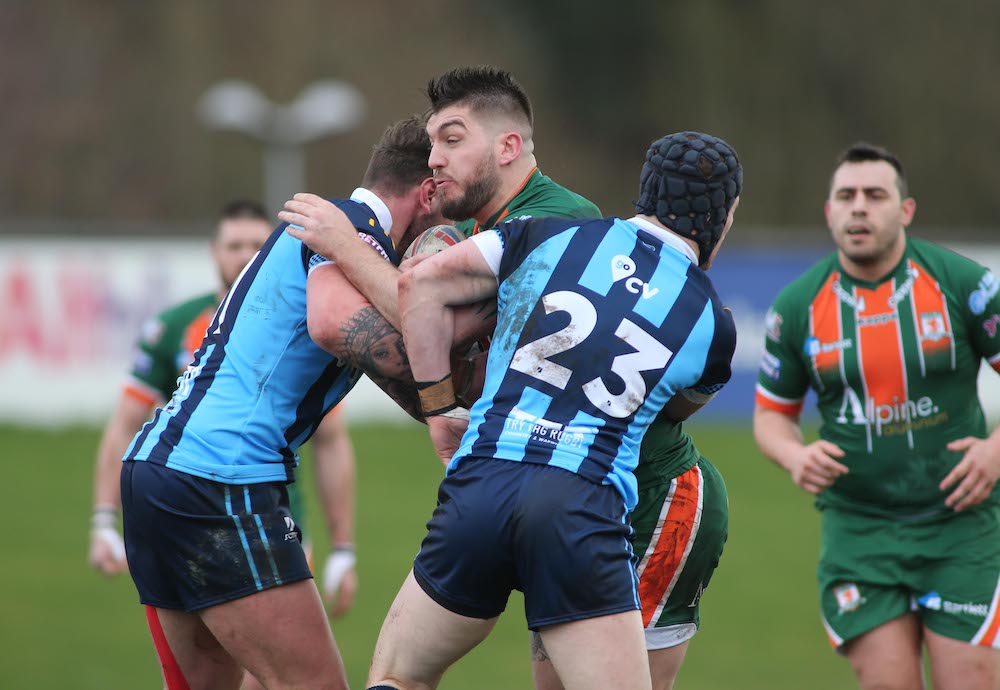 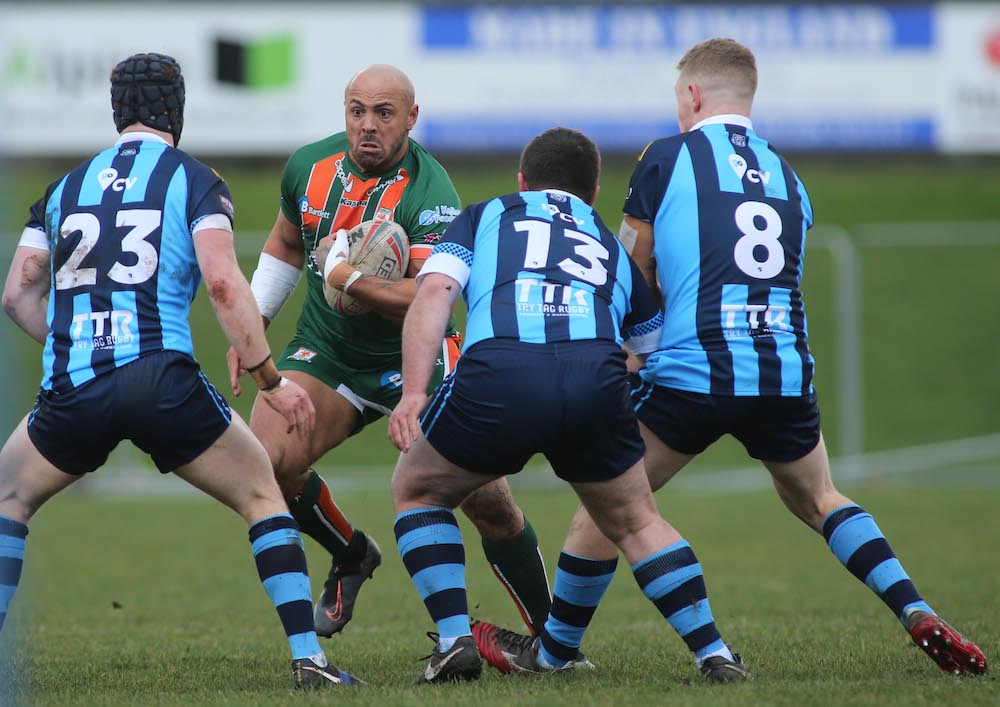 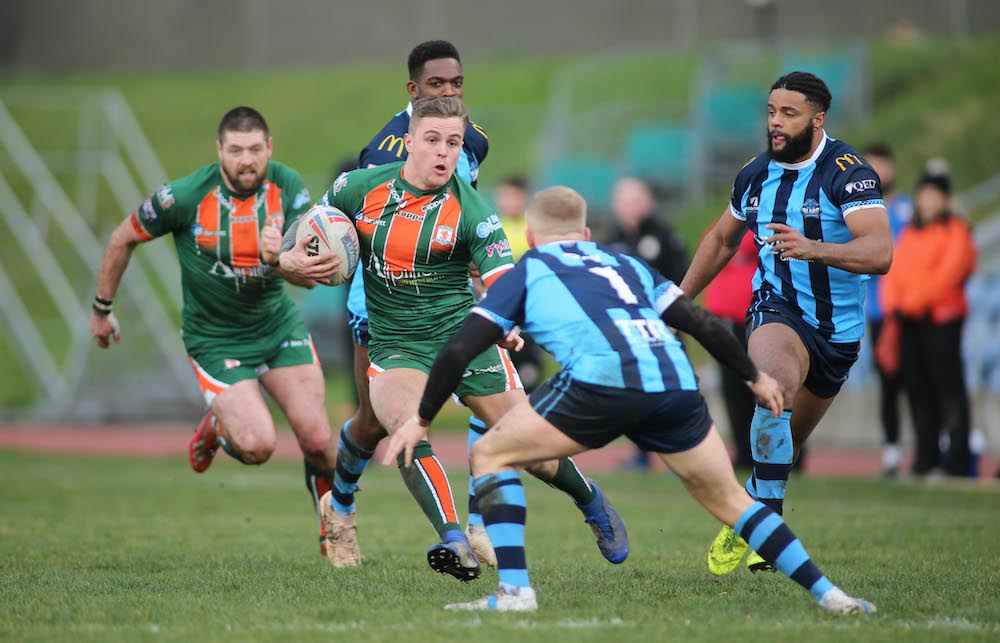 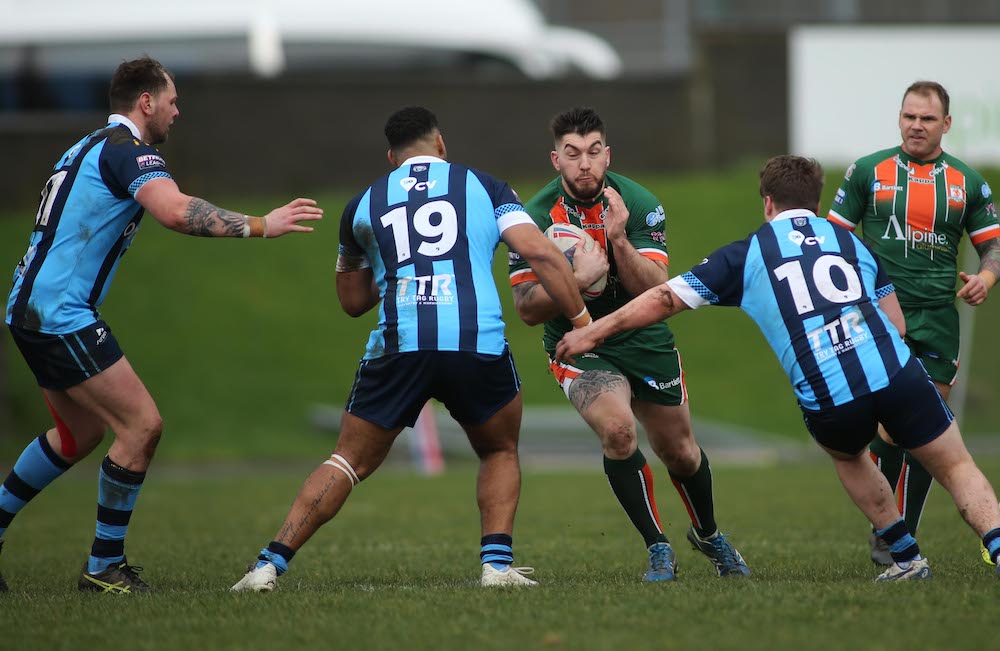 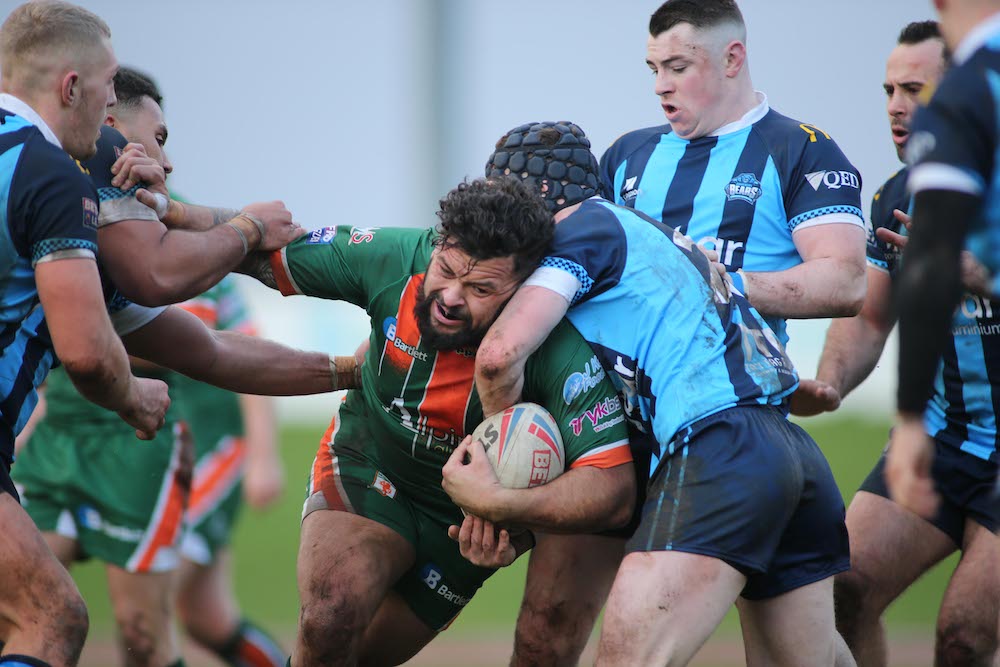 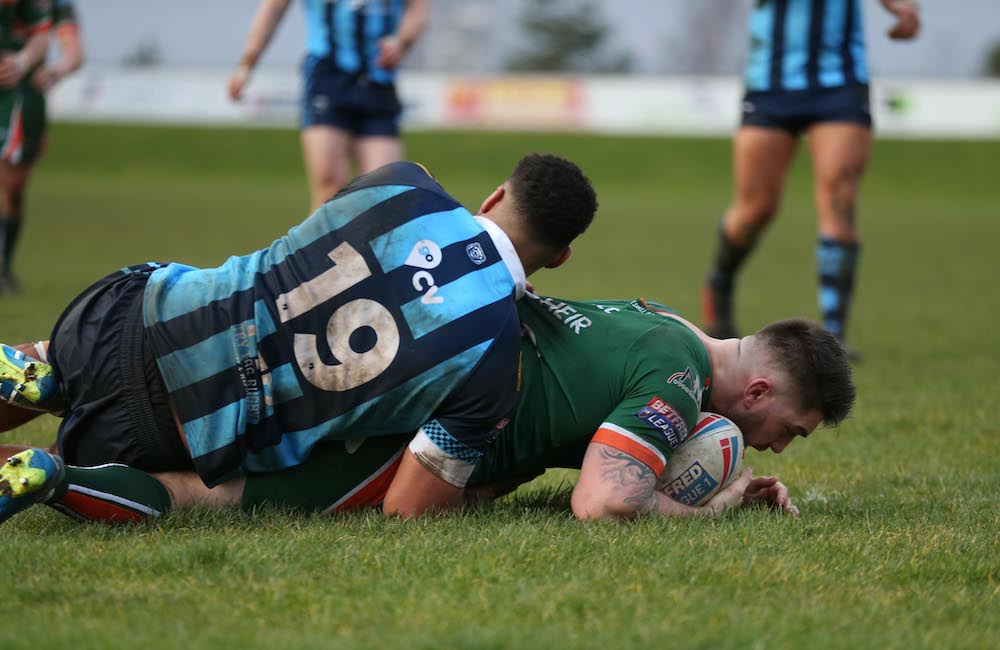 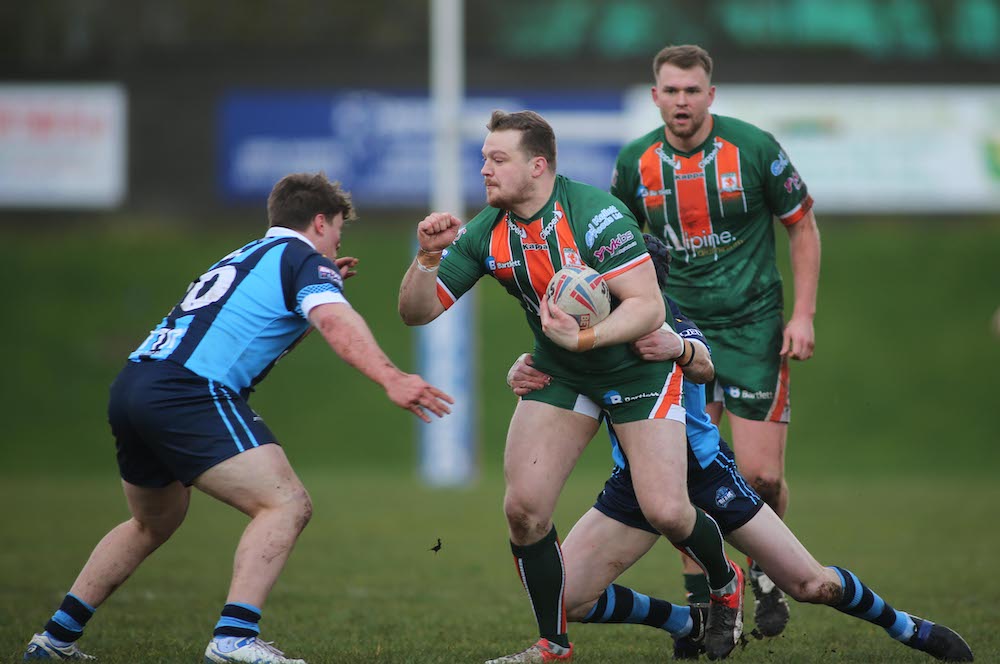 It must’ve been a perilous journey north for the Bears who are to be commended for their eagerness to play, and it looked like they had registered an early try before the referee brought them back for an earlier obstruction.

It was Hunslet though who were the better team in the early stages and had bombed a few chances before Kieden Hartley broke through to score the give the Parksiders a 4-0 lead.

The game was held up for a good while after Zach Braham followed through late on a tackle catching the Coventry player unaware. A possible neck injury resulted in the player being taken to hospital and Braham was sent into the sin-bin.

With Hunslet down to 12 men, Coventry rallied and on 25 minutes Freeman scored in the corner from a brilliant pass, 4-4.

It was the player of the half Kieden Hartley that stretched Hunslet’s lead on 35 minutes scoring in the right hand corner and showing a quick pair of heels to boot. Brambani’s conversion failed, kicking being difficult in the wind and Hunslet had a slender lead at the break 8-4.

Hunslet came out for the second half with a renewed vigour. Jordan Andrade playing as a ball handling forward switched the ball inside to captain Duane Straugheir who was far too strong for the Sky Blues defence, scoring in range for Brambani’s conversion and Hunslet were 14-4 up on 45 minutes.

Waves of attacks now came as Chrimes went over in the corner after good quick passing. Andrade wrestled 4 men over the line to score a try that looked impossible and Tonks was too quick and powerful scoring in the corner from a Jack Aldous reversed pass.

Brambani had been successful with 2 conversions so an hour in the Parksiders led 30-4. But black clouds were gathering over Leeds and it looked like we’d be very lucky to miss the rain.

Jack Lee registered a trademark try from close range converted by Brambani to give Hunslet a 36-4 lead before the rain started, and when it came it was torrential. Although Man of the Match Dominic Brambani was tackled short brilliantly the game descended into a sludge fest, and when the hooter sounded everyone was relieved to get off the pitch or out of the stands.

So Hunslet progress into the next round awaiting their opponents in tomorrow’s draw. The league campaign will have to wait as next week’s planned trip to Keighley is now cancelled as the Cougars must play their abandoned cup tie against Newcastle first.

Hunslet now unbeaten in 4 games must fancy their chances of carrying that on for a while giving them some much needed confidence.