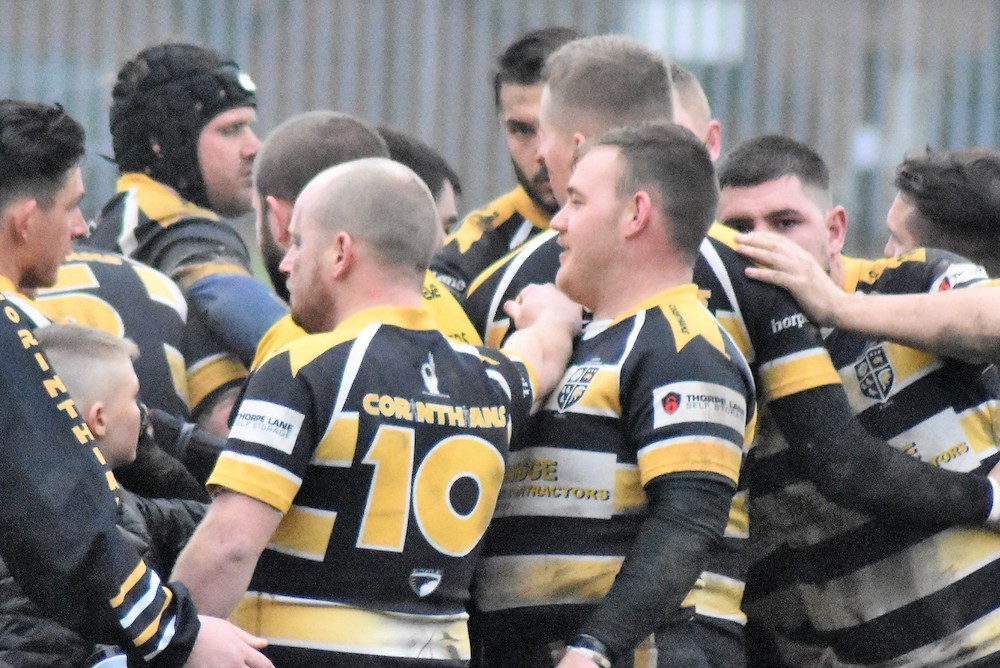 Like all other sports teams Middleton-based Leeds Corinthians RUFC have had their season cut short by the COVID-19 virus and eagerly awaited an announcement from the RFU on how their season would end.

Corinthians had been pace setters in Yorkshire Division 3 all season and had been at the top of the league at the termination, closely followed by arch rivals Knottingley, and Baildon who were finishing the season strongly and had defeated Corinthians in their last league game.

Towards the end of the week the RFU announced that they would award points to all clubs based on their season’s previous results.

Then on Friday evening came the news that the RFU had completed their calculations and awarded the title and promotion to Corinthians. This was a fair outcome as they had consistently been the best team in the division and a deserved reward for coach Peter Seabourne, the players and the backroom staff.

Corinthians now have to wait for the decision on the outcome of the National Junior Vase competition. Corinthians had won themselves a place in the semi final, but with no one able to qualify for the competition next season they are hoping this will be carried forward.

We hope to be open as soon as we can and get ready for next season. We wish everybody well and hope they are staying safe.

The RFU calculated the final positions based on “a best playing record formula”. The method left Leeds Corinthians top of the Yorkshire Three table with a rating of 101.40, just above Baildon, who are also promoted with a score of 100.68. Third-placed Knottingley just missed out on promotion with a final score of 100.10.

Club President Andrew Cassar paid tribute to “the players, coaching staff, sponsors and supporters without whom we would not have been successful” and the committee in a Facebook post following the news.

South Leeds’ only rugby union club had six remaining league fixtures in the ninth tier of English rugby. They end with a record of 16 wins, four defeats and 78 points from their 20 games.

They scored a league-best 652 points – 100 more than the second-best attack, Baildon – and conceded 348 points. The club was on course to better its points tally from last year, when it finished with 88 points from 26 games.

It is the club’s first Yorkshire Three title since the 1999/2000 season and represents a huge success for Peter Seabourne in his first year as coach after he was appointed in June 2019.

“It’s not the way we wanted the season to end, we were given no chance by people who thought they knew better. Well done to all concerned,” Seabourne tweeted.