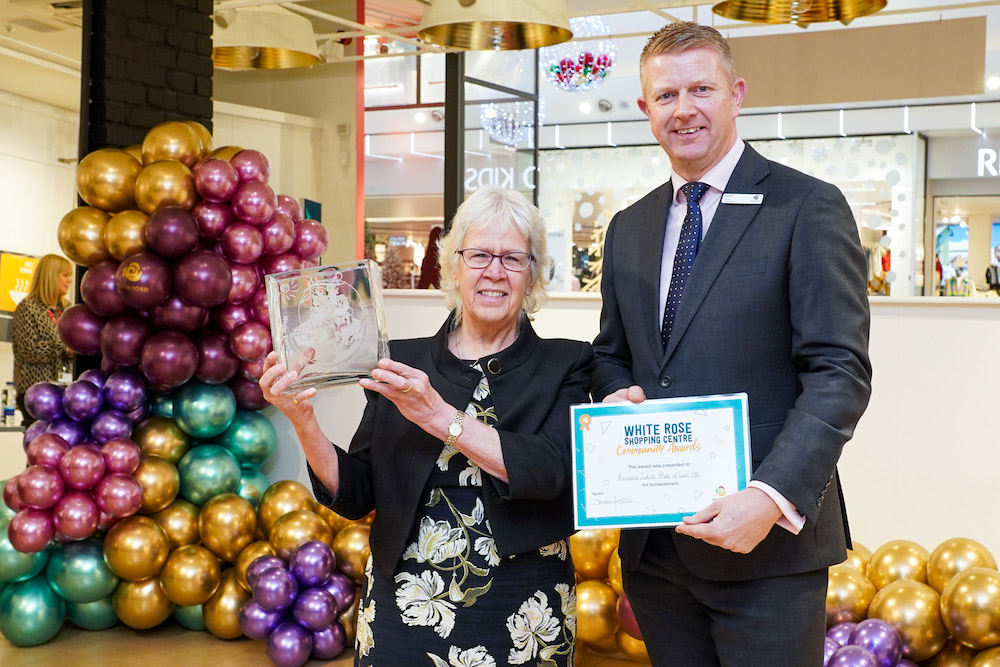 White Rose Shopping Centre honoured heroes from South Leeds and beyond at its Community Awards yesterday (19 December 2022), the tenth annual celebration of its kind.

The awards celebrate those working hard to benefit their local community, and this year’s worthy winners include:

Each winner receives a handcrafted glass trophy, created by students at Cockburn School and created by its Glass Room. The theme of the 2022 trophies is Renewable Energy, which asked students to think about different forms of energy and how they affect the world.

“Our Community Awards are always a calendar highlight here at White Rose. It’s important to recognise the great work going on to benefit our community both within the centre and across Leeds as a whole.

“We’d like to applaud this year’s winners, and look forward to seeing the amazing work they continue to do in 2023 and beyond.”