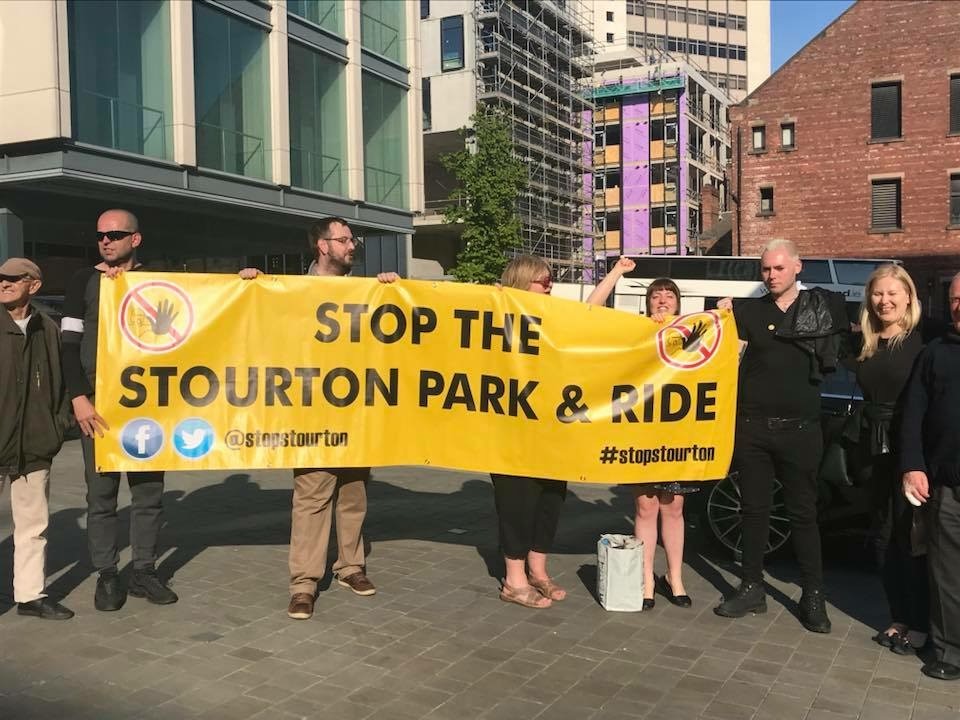 So Leeds City Council push on with the proposed Park and Ride in Stourton despite the massive opposition locally. I think we need to look at why this obsession when in real terms it’s a drop in the ocean of the transport issues facing the city.

Our problem is we are held to ransom by an unforgiving motorway network and the horrific M1 and M62 which continually gridlock our city when something goes wrong on these routes. Will the Park and Ride at Stourton effect this gridlocking? Absolutely not. Will it reduce traffic in the city centre? Absolutely not.

We are extremely unlucky in the Stourton area with two Labour councillors who are career politicians i.e. Leader of Leeds City Council and Chair of West Yorkshire Passenger Transport Executive who will not support the needs of local people when it goes against the city agenda.

What is that agenda? Well its very confusing, on one hand they tell us the policy is for clean air and reducing the amount of cars in the city centre. If this is the case, why are companies like Asda who are pursuing policies of openly encouraging their staff to drive into the city centre allowed to expand i.e. leasing every bit of spare land in and around the south of the city for car parking. Mears (who have huge maintenance contracts with Leeds City Council) are renting space in Hunslet in the middle of a residential area to park hundreds of their vans.

It’s not long ago where new office spaces were taxed on parking spaces but it seems anything goes now in South Leeds.

We have been informed (by a well-wisher) that one company near the Park and Ride in Stourton was asked to contribute £800,000 to the Park and Ride scheme. Why when this scheme is fully funded by central funds? The evidence is clear with the proposed scheme having a bus stop outside First Direct that this Park and Ride is being sold to local businesses as a car park for their staff … this will evidently fill the car park with extra journeys into Stourton through Hunslet and surrounding areas. A Rothwell Labour councillor posted on Facebook she was talking to Park and Ride officers on how she could stop Arla staff parking in her ward.

Why is Hunslet not included in the clean air zone when it is geographically attached to the city centre? Hunslet Labour Councillors vehemently say they have been fighting for clean air for an area with the highest morbidity rate for respiratory health issues in the city-but they have supported this.

We could get embroiled in conspiracy theories but it’s not that covert the clean air in South Leeds is being sacrificed as a ‘sweetener’ for large companies who are ‘offered’ sites and cheap parking for staff and the marketing of the city centre. It’s community cleansing and it’s time to fight back for the health of our children and our older people. Our local councillors and MP should hang their heads in shame … this is their legacy which local people will suffer for generations.