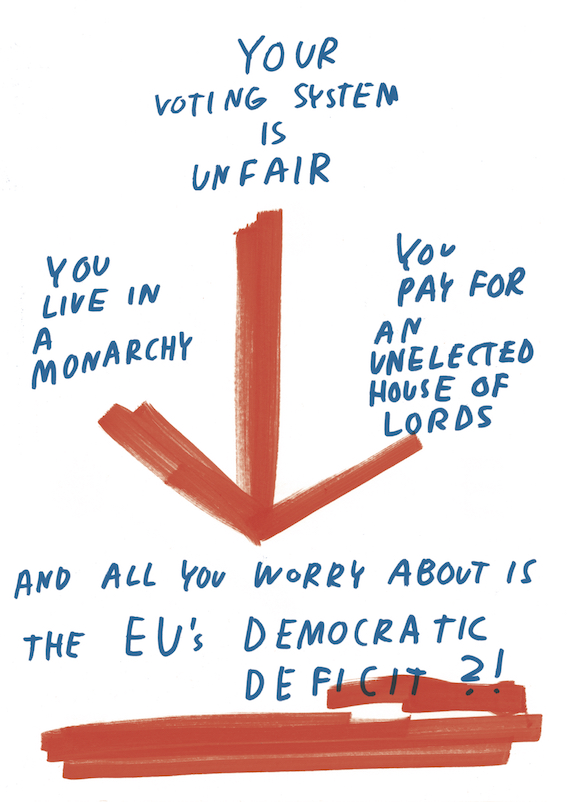 Is there a visible common culture within South Leeds? What is the picture of a post-Brexit society? Where are we now and where will we end up?

South Leeds Life and Beeston based artists Toby Lloyd and Andrew Wilson invite you to this unique discussion event at The Holbeck. Taking place from an installed ‘flat-pack’ bar and in front of a live audience five guest drinkers will be provoked by one guest bartender who will also be serving drinks.

Unlike the Question Time or panel show format, the architecture of the bar creates an environment which discourages well-rehearsed speeches and sound-bites in favour of convivial and improvised conversation.

What if the recent EU in-out referendum could be forgotten and then re-written as a screenplay for national cinema release, would you go and see it? Would you wait for its release on Netflix? Or would you ignore it completely? 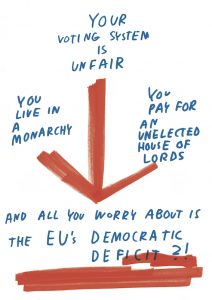 I anticipate movie critics would reject the Brexit narrative as being farfetched, the central characters as one dimensional and the ending as being confusing with no clear conclusion. I imagine Mark Kermode would dismiss the extensive levels of high street racism as naive (unseen in Britain since the 1980’s) and Barry Norman would come out of retirement to scorn the confusion it portrays.

Sadly, this is not the case. Our post-Brexit predicament is not a summer blockbuster, and the reality of these actions cannot be quickly forgotten. But what do these dramatic events tell us about the picture of contemporary British Society?

Opinions have been diverse. The Daily Mail urged the nation to take a bow, The Guardian, declared that the poor had turned on an elite that had ignored them and Plan C compared Brexit to a national form of ‘self-harm’. Within days of the result all of the central figures, Cameron, Farage, Boris & Gove, either resigned or ran away from the car crash scenario they had created. These architects immediately denied the ‘facts’ they had printed on buses a few weeks earlier then they disappeared.

Should Britain take a bow? Was Brexit an example of the poor turning on an elite? And, if so, at what point do the elite overlap into the non-white working class that have experienced the increase in racial attacks?

Immigration was a central issue throughout the campaign, but whilst the current government are tearing up the welfare state and implementing discriminative cuts against the most vulnerable I’m scratching my head as to what we expect to gain from the re-emergence racial abuse. Abuse, of any kind, might be an attractive option for immediate gratification when under stress. But more frequently it is misplaced and can multiply the misery; just ask any playground bully between now and the beginning of time.

All of us have challenging moments in our lives, many may overcome them and many may not. Sharing an experience with others, over a bag of chips or a cup of tea, cultivates a better understanding beyond first impressions and cultural differences.
Here in south Leeds we have a diverse spectrum of cultural identities, we may be aware of the differences but where is the common ground, the common culture?

South Leeds Life and Beeston based artists Toby Lloyd and Andrew Wilson invite you to The Holbeck WMC for a Broadcast Bartender event on Thursday 29th September. A guest bartender will host a conversation around a constructed bar with 5 invited drinkers. The starting point for discussion will ask:

Is there a visible common culture within South Leeds? What is the picture of a post-Brexit society? Where are we now and where will we end up?

This is not to be missed, this is your invitation!

This post was written by Toby Lloyd and Andrew Wilson using our Create an article for South Leeds Life page.