The 100 guests were treated to a three course meal, entertainment from singer Tom Bleasby and magician Francesco Mattiello. A prize auction was hosted by comedian Monty Burns. 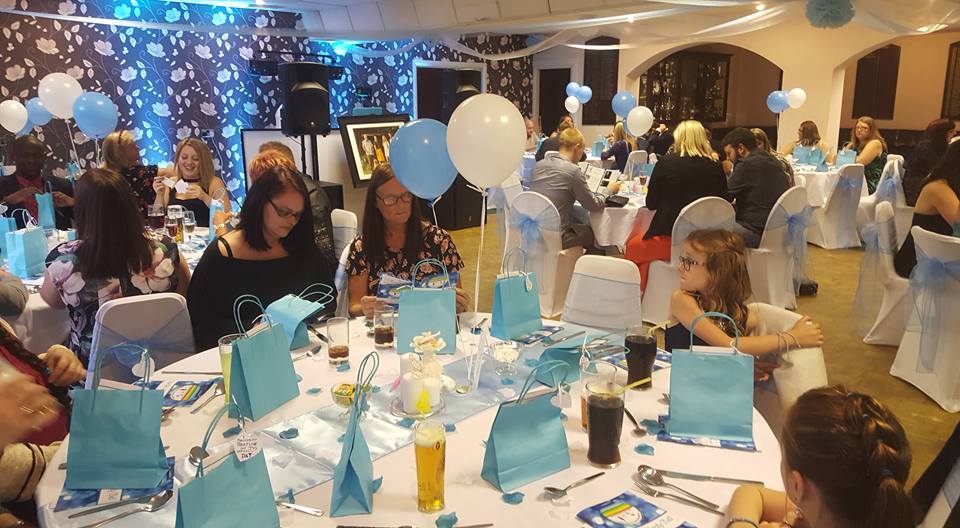 The Middleton-based charity works to support bereaved parents via telephone and email and was set up by Sam Key and her family after her daughter lost her baby son four years ago. Over £3,000 was raised on the night, not only be helping them reach their ultimate goal of a 24 hour bereavement centre, but also supporting thousands of individuals and families who desperately need help.

“I can’t thank people enough for coming, plus all those who sponsored a table and donated their time for free. It means so much to us and will help us to help even more bereaved families.”

A special prize went to two young ladies. Rhiann and Amy Curtis, pupils at Windmill Primary School, who were recognised as Star Fundraisers of the Year having raised £2,000 for the charity.

The ball was sponsored by Picture The Print, Full Circle Funerals and AETC Ltd.