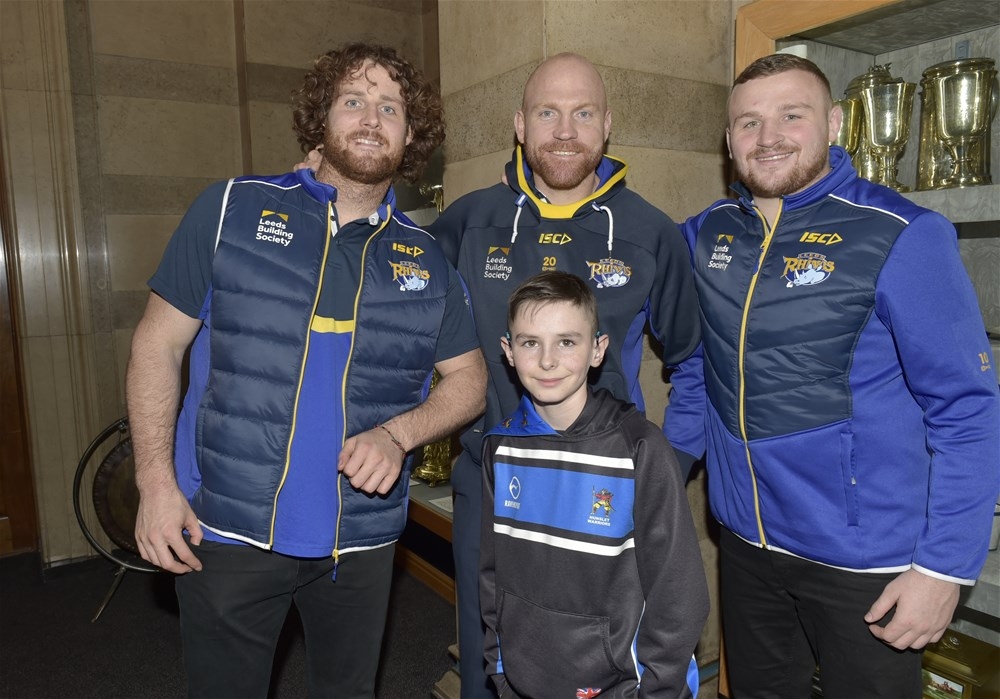 Betfred Super League Champions Leeds Rhinos were joined by former players Rob Burrow and Danny McGuire at a civic reception hosted by the Lord Mayor of Leeds Councillor Jane Dowson at the Civic Hall in Leeds.

Hunslet Warriors Juniors were invited as one of the Ambassador clubs and were represented by Cole Greenall.