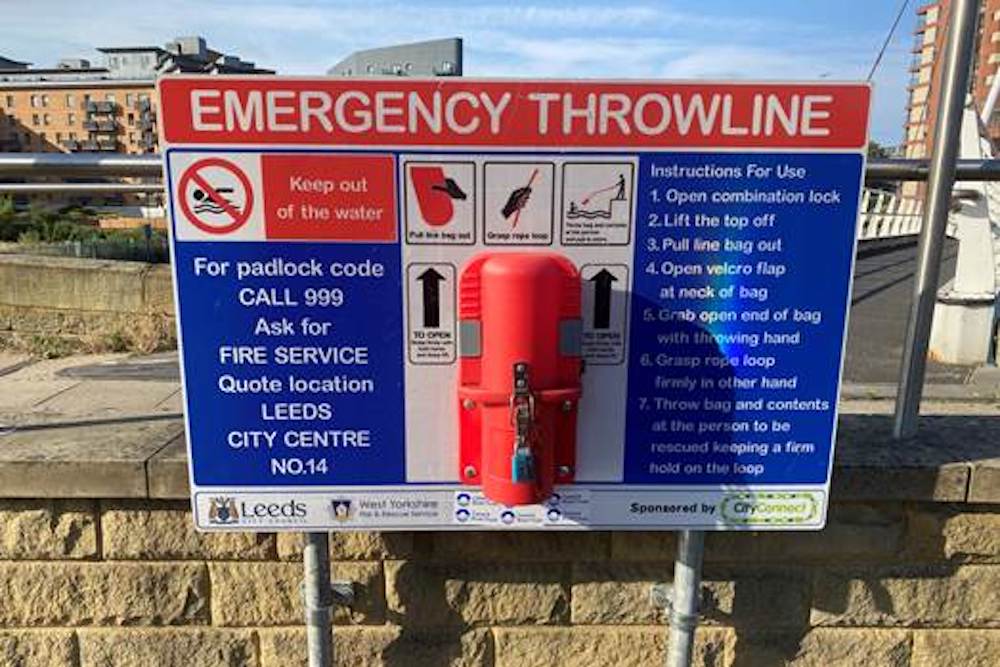 As I write this at the end of July, I was shocked and saddened to hear that six people in Yorkshire, within the five days of hot weather, had lost their lives by drowning.

Fortunately for us, none were from Leeds and, therefore, we do not have grieving families in our communities.
Tempting though it may be in hot weather to take a dip, deep water is very cold indeed. The sudden shock of the very cold water can paralyse the nervous system and muscles including the heart muscle.

Unless there is no alternative one should not attempt to save a life by entering the water as this could end up with two casualties. If the person in the water is near to the bank one can extend one’s reach by an item of clothing such as a jacket, coat or belt when this may be grabbed by him or her and then be pulled to the bank.

Leeds City Council has been concerned for some while about the number of people falling in or entering the River Aire in the City Centre where the water is particularly deep and very cold. There is quite a strong current and, in addition, the river is also very tidal as far as Knowstrop. It has been known for drowned people to be swept all the way down the Aire as far as the Humber near Goole!

There are various reasons why people end up in the river – falling in, trying to have a swim, high jinks, and under the influence of alcohol and not knowing what they were doing, The Council set up the Leeds Water Safety Group of which I am a member. Other members are representatives from West Yorkshire Fire Service (which do most of the rescues), West Yorkshire Police, Leeds Planning Department, Council’s Waterfront Project Officer, Council`s City centre Community Safety Co-ordinator, Council Health Improvement, BACIL/Pubwatch and Angels of Freedom.

Three years’ ago the Leeds Water Safety Group installed fourteen throw lines alongside the River in the City Centre which were funded by West Yorkshire Fire Service. The lines are contained in cabinets which will open automatically after dialling 999 and asking for the Fire Service.

Each line location is numbered so that people will not perhaps have to struggle to describe where they are. The lines are lightweight with a floatable bag at the end and are easy to throw to the person in the water. If the person is able to hold on to the line they can be pulled to the side when it is easy for the Fire Service to get him or her out of the water.

In the last three years the lines have been deployed five times saving lives – twice thrown by members of the public and three times by Police Community Support Officers. I have asked for more of these lines to be installed beyond the City Centre and this is being investigated. But if anyone can suggest any other suitable site I should be pleased to hear of them.

In the meantime, the Water Safety Group appeals to people having a good night out in town to look out for their friends and to see them safely on their way home especially if the jollification is near to the River.
Post Script:

Since writing the above, sadly there have been two further drownings in Yorkshire, one of which was just below Leeds Bridge. Local residents tried to rescue the young man but paramedics attending could not revive him. Unfortunately, the nearest throw line was at the other side of the river and I have requested an additional one on the south side of Leeds Bridge.