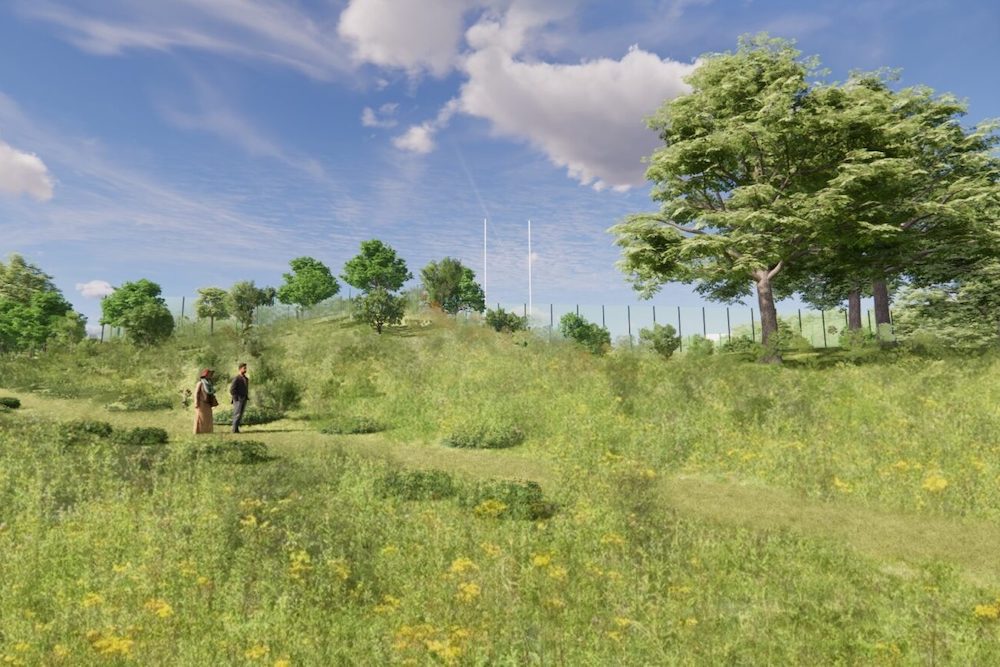 I am writing with reference to Cockburn School’s recent planning application (made on behalf of the school by Leeds City Council) regarding the building of a new playing field and tennis courts on a part of the old, private South Leeds Golf Course.

As usual with the school, whenever an application is made that will benefit the young people of Beeston and Middleton, objections, rightly made as part of the planning process, have been received, and in a previous report in this paper the scheme to build a new playing field and tennis courts on part of the old golf course was described by a local councillor as a land grab and an example of the school holding the council over a barrel. Of course one cannot stop local politicos from keeping an eye on upcoming elections.

Beeston Forum has recently waded into the matter by stating in an objection to the planning portal that many pupils from the school have written in support of the scheme – it would be surprising if they did not, and they have every right so to do.

However, the chairperson of the forum then goes on to state “… it has been brought to our attention that notices of support have been submitted by pupils from the school during lessons, at the behest of teachers, without a balanced discussion taking place.” Before making such a sweeping statement it would have been prudent of the chairperson actually to look at the facts, rather than relying on hearsay. I will come back to this point.

With regard to facts I would like to pass on the following:

Some objectors claim that the school should make greater use of its present facilities and that if the school had not built over its original tennis courts, it would not need new ones. Many people are doubtless unaware that according to DfE guidelines on the size of area per pupil that is appropriate to a school site, Cockburn school is 65% undersized, and that leads to pressure on space.

In the last three years the school has been asked by Leeds City Council to take on more and more pupils, over and above the school’s PAN – that is the official school’s Pupil Admissions Number – to the number of an extra 60 pupils per annum in each year 7. To accommodate this growth in numbers, new classrooms have been needed and were indeed built on the original site of the tennis courts, no other site being available. This, not at the behest of the school, but to help ease pressure on numbers in south Leeds and at the request of the council – hardly holding them over  barrel.

School timetables are not particularly adaptable, especially when coping with unforeseen increases in pupil numbers, and whilst local residents may wonder why the present pitches are not used 24 hours a day, this ignores timetable restraints with regard to the national curriculum.

Having said that, suggestions that PE classes should be moved to The John Charles Centre ignore the fact that lessons at the school last for fifty minutes. It takes fifteen minutes to walk to John Charles, fifteen minutes to walk back, add in changing time and you have about ten minutes of the lesson left, hardly a useful amount of time for PE, not to mention the costs, together with Health and Safety issues. I am sure that none of the objectors wish the local children to be put at risk.

The site of the playing fields and tennis courts does not, and cannot, impact on the publics’ use of Middleton Park – in fact since the closure of the golf course and its addition to the park, public access to the area has been increased. None of the ancient woodland in the park is affected, and to suggest as the chairperson of Beeston Forum does, that previous assessments of wildlife are inaccurate, again strays into the realm of conjecture.

The ancient (open to question that) path running along the side of the school is very little used, except by the occasional dog walker, so it would be interesting to see all those people who object to the path being diverted, actually using it. Access along Gipsy Lane will not be affected.

That brings me back to the ill-informed and pompous comment regarding pupils’ letters of support to the planning portal.

I take it that the chairperson of Beeston Forum imagines that the school’s pupils are subjected to some kind of indoctrination process whereby they are told what to think and what to write – possibly copying a letter from what this person presumably still thinks of as a blackboard.

Nothing could be further from the truth, and to suggest that letters of support, especially from Year Eleven pupils and from the school’s head girl and head boy, are not the result of meaningful discussion is to misunderstand the way education works in the modern age. Cockburn School is vastly oversubscribed to the extent that many children wishing to attend will be disappointed. That would not happen in a school where rote learning was the norm and the pupils were little automaton who just sat and copied slavishly off the board. The chairperson’s comment also helpfully (from their point of view) ignores the fact that many letters of support are from parents and friends – presumably they have also been corralled into a classroom and told what to write.

Just to add to the mix – Cockburn school was inspected earlier this year and was given an Outstanding judgement in all areas by Ofsted – the highest that a school can receive, and obtained by only 2% of high schools nationally. That is an unusual endorsement of an inner city high school and reflects – accurately – the quality of education that the young people of Beeston and Middleton receive at Cockburn school.

The school is likely soon to be adding to its numbers by taking in any necessary number of Ukrainian refugees, and has already shown its support to Ukraine by holding charitable events – without proper sporting facilities the education and welfare of these pupils, and local pupils, will be compromised. Surely the conversion of approximately 1.5 hectares (out of a park of over 200 hectares) of a previously exclusive golf course, is a small price to pay when increasing the well-being of local children, who are after all the future of this country.

This post was written by Peter Nuttall, Chairman of the Board of Trustees Cockburn MAT

Image: artist’s impression of how the new pitches will look from Middleton Park

You can read the planning application in full by clicking here. Please note that comments on the application have now closed.

One Reply to “Cockburn sports pitches: needed by local children”