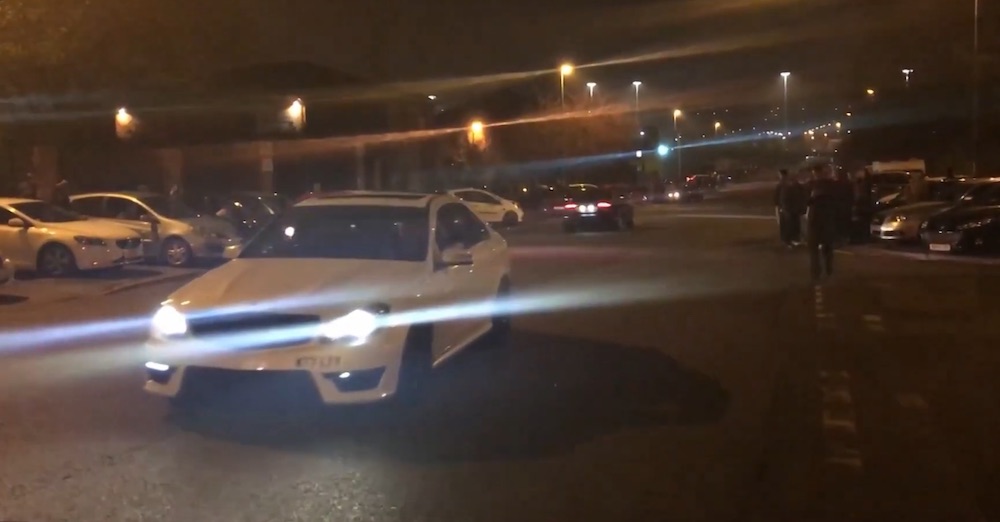 Additional powers given to Leeds City Council and West Yorkshire Police last year to tackle a range of anti-social behaviour problems being created by unlicensed ‘car meet’ events on a south Leeds road will remain in place for a further three months.

As part of the Premises Closure Order granted at Leeds Magistrates Court this month, the police will be able to take immediate action against those wishing taking part in these type of events on Lowfields Road, including using the power of arrest, if they refuse to stop and move on. The granting of the new order, follows the first closure of this type to be given the go-ahead in Leeds last August to tackle the specific problem of unlicensed car meets.

Regular commuters and those working in and around the Lowfields Road area, will not be affected by the order, with the road continuing to be open.

The types of anti-social behaviour issues seen on Lowfields Road from illegal car meets have included;

LASBT work closely with a range of partners including the police to tackle a variety of anti-social behaviour issues. Anyone suffering from anti-social behaviour can contact LASBT in the following ways: To report in the daytime call 0113 222 4402 or out of hours on (0113) 395 0143 (between 6pm and 3.30am). For non-emergencies, please ring West Yorkshire Police on: 101.

“I’m pleased that with our partners at West Yorkshire Police, the additional powers granted last August to tackle the problem of unlicensed ‘car meet’ events taking place on Lowfields Road will remain in place for a further three months following a court order.

“The Premises Closure Order does provide us with additional powers to stop this type of activity taking place, and as such, I do believe it is extremely important that in the best interests of local residents, workers and commuters, it remains in operation.

“These events are not licensed and attracted a range of anti-social behaviour, from people playing loud music and drug taking to driving at very high speeds which is completely unacceptable and puts the safety of others at risk.

“I hope that the action we have taken to secure a further order underlines our commitment to tackling this issue, and sends out a clear message to thinking of taking part in a car meet event on Lowfields Road in the future, that we will take steps to stop it.”

“It’s really disappointing that Lowfields Road has continued to be a focus for these unauthorised events which bring risks to other road users through dangerous driving and cause disruption and disturbance to residents living nearby.

“We simply can’t allow behaviour such as this to go unchallenged, particularly at a time when people are still being asked to act responsibly and avoid putting unnecessary strain on the emergency services.

“This renewed use of closure order powers will support the ongoing work of the local neighbourhood policing team alongside other tactics such as seizing vehicles where necessary and notifying insurance companies.

“We will be continuing to monitor the situation and will make full use of the available legislation, including the existing ‘ride out’ injunction under which those who involve themselves in the anti-social use motor vehicles or organise such events can be arrested and dealt with at court.”

Photo: still from a video of a car meet on Lowfields Road in April 2019