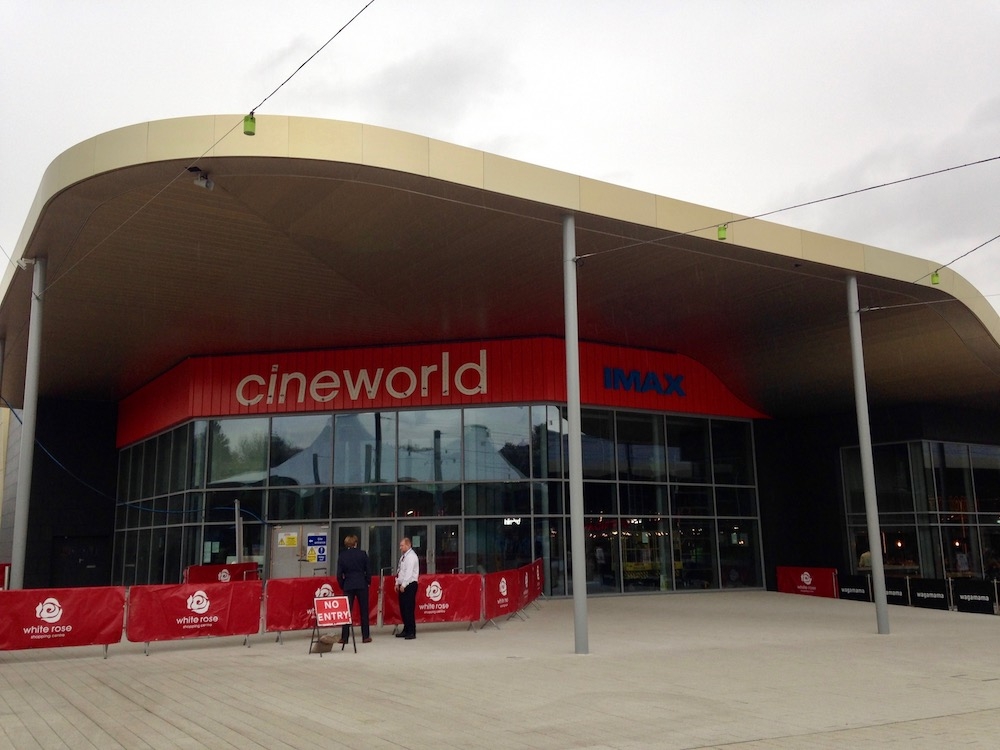 Cinema is coming back to South Leeds and whether you’re a Star Wars fan, or have happy memories of Saturday mornings at the pictures, the new Cineworld multiplex at the White Rose Shopping Centre has something for you.

As building work draws to a close, South Leeds Life has been given a behind the scenes tour. The 11 screen cinema complex is set to open in three weeks on Friday 17 November. Seventy fives jobs have been created and the new recruits are undergoing training so that everything will be right from day one. 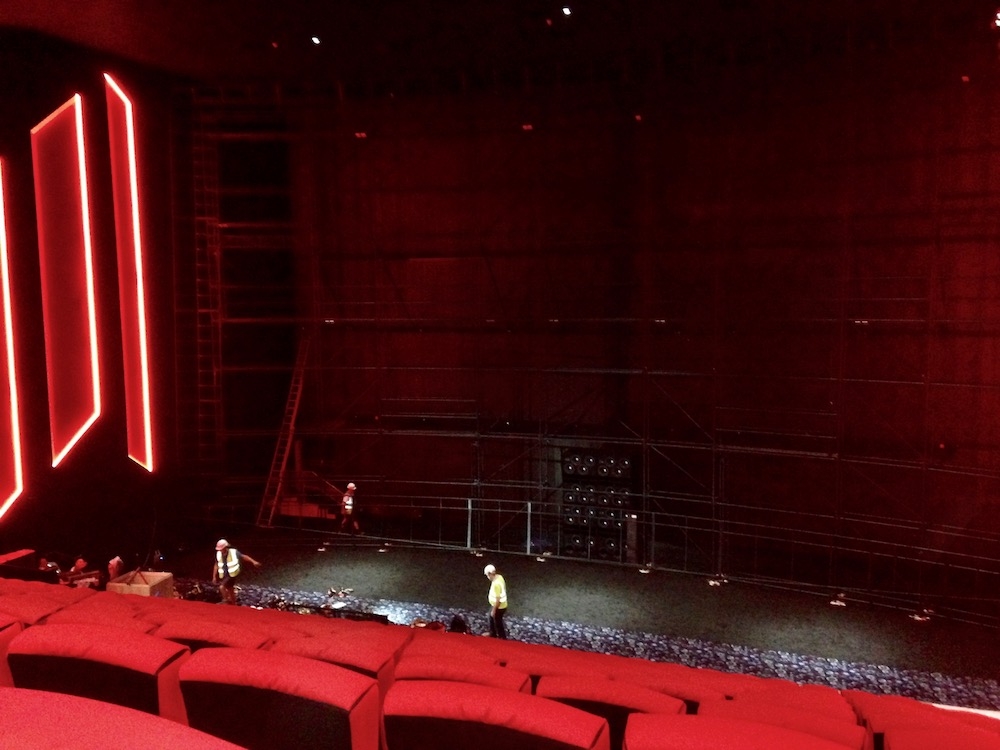 “Our job is to give customers the best possible viewing experience” explained Regional Manager Andy Peters. “We have to keep one step ahead of home technology. Every seat has a perfect view of the screen and you won’t just hear the sound, you’ll feel it.”

We were standing at the back of the giant 370 seat IMAX cinema. The (very comfortable) seats are in place but the 24 x 14 metre screen is still to be installed and men are working on fittings way up in the air.

“Accessibility is very important to us at Cineworld.” Steve Peterson the cinema manager tells me. “So for example the spaces for wheelchair users are here at the back of the auditorium – the best seats in the house – not at the front next to the screen. We also issue carers passes, so if someone cannot attend by themselves they do not have to pay twice. There will also be screenings for people with autism.”

Cineworld use the latest technology, everything is digital, from using a QR code on your phone in place of a ticket – to the film projectors. We are shown the huge IMAX projectors, although Andy declines to tell me how much they cost. Housed in a central AV room, everything is now controlled by computer, new releases now arrive on a USB stick.

Apart from the films themselves, Cineworld boasts its own branch of Starbucks as well as selling popcorn, sweets and hot snacks; hot and cold drinks and even wine. Plus you can sample any of Baskin Robbins 31 flavours of ice cream.

Steve Peterson tells me about their film programming: “We don’t just show blockbusters, although can you imagine a better place to see the new Star Wars film? We show smaller films, we will be holding cinema events, showing Bollywood films and Saturday morning M4J screenings for children with admission at just £2. If you’re a real film fan you can get the Unlimited card for £17.50 per month and see as many films as you like.”

If you’ve ever wondered how they film those amazing stunt scenes in the movies, Cineworld are hosting Stunt event in the central atrium at The White Rose Shopping Centre on Friday (27 October 2017) at 11am and 1pm.

Bookings are already available online to see Star Wars: The Last Jedi, which opens at midnight on 13 December.