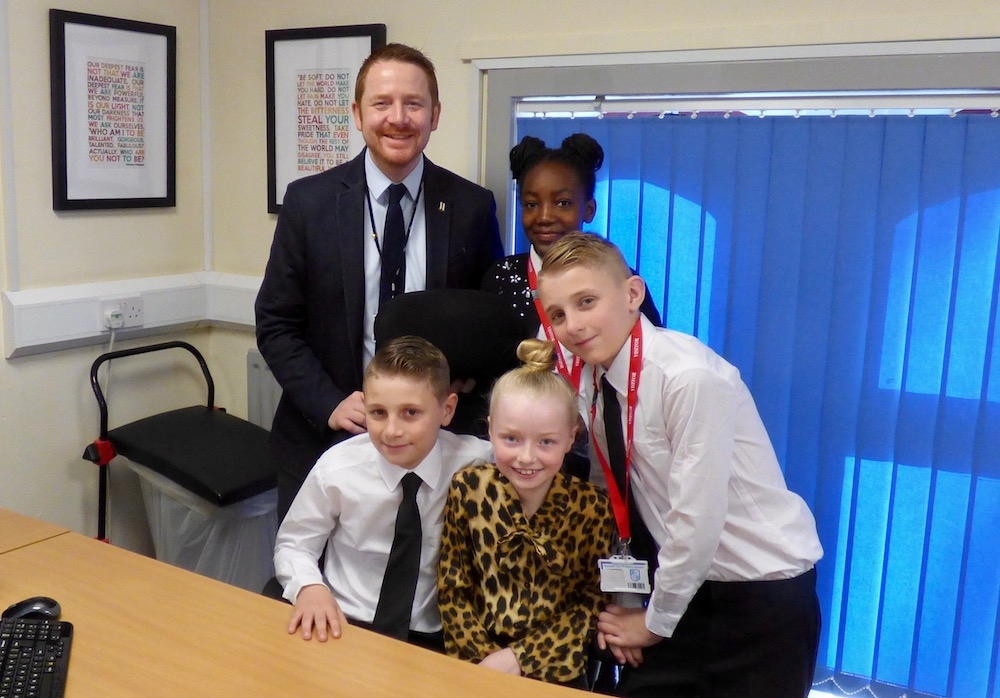 Members of the School Council plus other Year 6 children took on roles across the school. Abigail and Harley took over from Headteacher Mr Lumb, whilst Shumi and Brendan took the role of Deputy Head Miss Pashby.

Harley described taking assembly as “Nerve wracking. It was difficult to read out children’s names, to hand out awards, and make sure you had pronounced them correctly.”

Mr Lumb was very impressed: “The children have dressed smartly and arrived ready to go” he said. “When you see them play your role, it makes you realise what a role model you are and that what you do really makes a difference.”

The children teaching classes had planned their lessons as a group and took the theme of the four school houses. These are named after Martin Luther King, the American Civil Rights leader; Malala Yousafzai the Pakistani campaigner for girls education rights; Ben Smith who runs marathons to campaign against homophobic bullying; and Helen Butters, a mum from York who rowed the Atlantic.

In each class children discussed these four inspirational people in their house groups, made posters and presented facts about the person their house is named after to the rest of the class.

The Takeover Challenge was originally launched in 2007 by the Children’s Commissioner’s Office as a fun, imaginative and exciting activity to encourage organisations across England to open their doors to children and young people to take over adult roles.

The Takeover Challenge puts young people into decision-making positions and encourages organisations and businesses to hear their views. Children gain a valuable insight into the adult world and gain experience of a workplace, while organisations benefit from a fresh perspective on their work.

The children clearly enjoyed the day:

“It’s fun to tell teachers what to do” one told me. Another said “It was hard, the children were not as well behaved as I expected.”

Asked what jobs the children wanted to do when they grew up I got a range of responses: actor, Olympian, waiter, footballer, doctor, artist and, of course, teacher.

Mr Lumb summed up the day: “I’m proud and a little surprised, but I always look forward to Takeover Day, it’s one of the best days of the year.”

One Reply to “Children takeover at Hunslet Carr Primary”