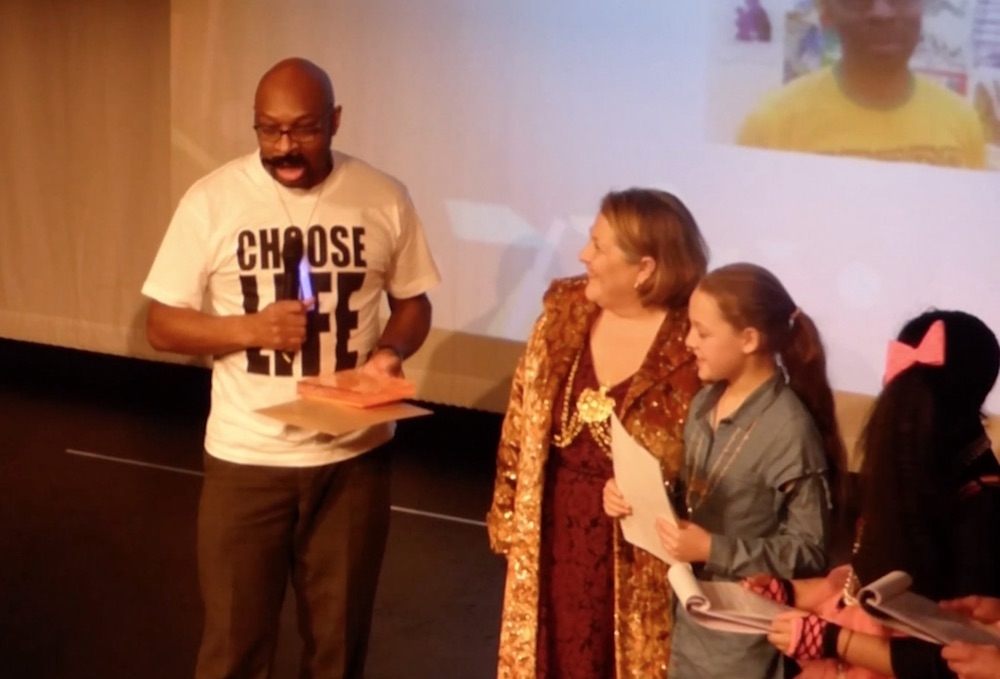 South Leeds may not have swept the board at this year’s Child Friendly Leeds Awards, but we have footage of Errol Murray from Leeds Dads winning the Adult Making a Difference for Young People award; and a terrific performance from the Broomfield Band.

Errol is the founder of Leeds Dads, a project that provides a space for dads to play with their pre-school kids and meet other dads. They get together on the third Sunday of every month at The Tetley in Hunslet from 2-4pm.

Broomfield South SILC in Belle Isle is an all-age generic special school serving South Leeds. ‘SILC’ stands for ‘Specialist Inclusive Learning Centre’, meaning they are more than just a special school, having partnerships with a local primary and high school, and offering support for special needs within the community.

The Broomfield Band performed ‘The Lion Sleeps Tonight’ at the prestigious awards ceremony which was held at the City Varieties theatre on Thursday 1 February 2018.

“Top evening at the #ChildFriendlyLeedsAwards Leeds is ace. Proud to have been nominated, although we didn’t win an award the biggest reward is getting to work with such fantastic young people each day 😉 big up to all the Shine girls! #southleeds”