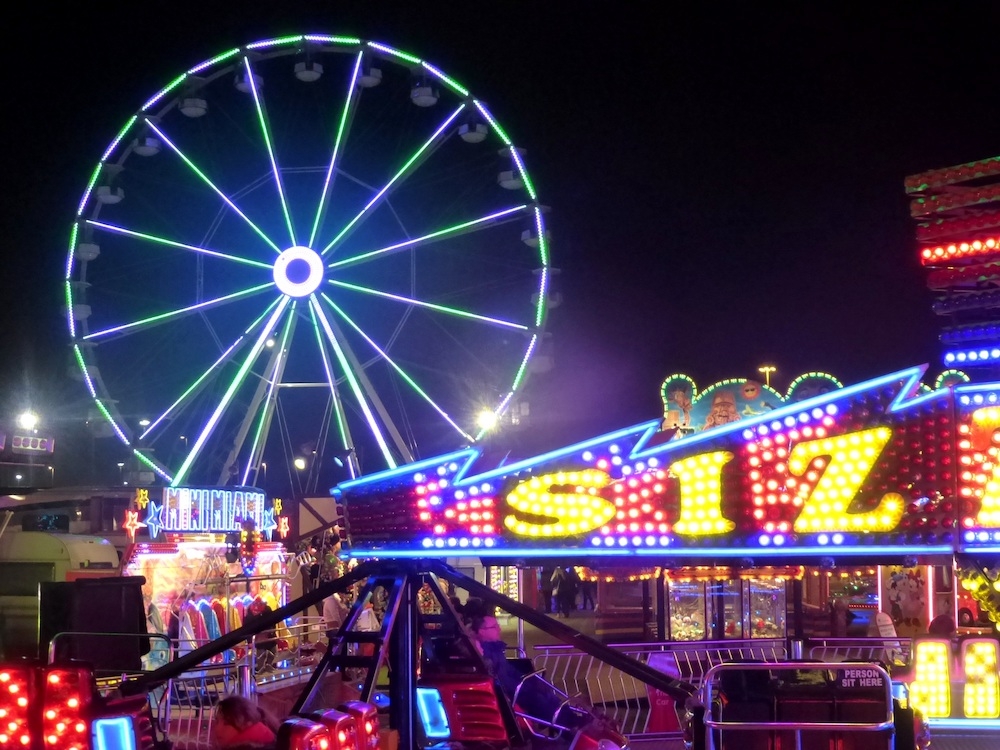 The UK’s largest Valentines Event, is back in South Leeds for the Half Term holidays, with the famous Valentines Fun Fair opening on Friday 9 February and running until Saturday 17 February on the Elland Road car parks alongside Leeds United’s stadium.

Each year the event seems to bring together bigger and better rides from across Europe and whether you’re looking for a family-friendly day of rides and amusements or a thrilling night out, there is always plenty to enjoy at what was Europe’s first and is still the largest Valentines fair.

The event was initially held in Leeds city centre from 1992 until 2000 and is still going strong at its current home on the car parks at Elland Road.

Amongst the array of Roller-coasters, thrill rides, family rides, Dodgems, Twists and Waltzer’s which have always been the staple diet of the Valentines Fair, there will be a fantastic thrilling attractions this year in the form of the Top Scan, Extreme and a 33 metre observation wheel. Direct from a theme park will be the Crazy Mouse Roller Coaster which spins its cars along its winding and twisting track, one of three coasters which includes a the Big Apple Coaster and Go Gator.

Also there were plenty of rides for those who enjoy more traditional fairground rides, including the ever-popular Carousel, Ghost Train and four Fun Houses.

The fair also offers visitors the chance to enjoy many other attractions, such as giant prize games, food and novelty stalls and the numerous side shows that are on offer, including an indoor seating area.

The fun gets underway on Friday 9 February at 5pm, and will then open daily through until and including Saturday 17 February from 1-10pm.

And if you want to experience all the fun of the fair from a different view, pay a visit to the free model show on Saturday 17 February in Leeds United’s Billy’s Bar from 12-5pm and see all the rides in miniature as well as a number of trade stands and refreshments.

Organisers are promising that all children’s rides will be operating at just £1.50 at all times with the exception of Roller Coasters, the Pony Express and Bungee Trampolines and 26 of the large rides will be just £2 midweek until 6pm.
Visitors encouraged to log on to www.valentinesfair.co.uk for free fun fair vouchers which are valid anytime and will reduce the large rides even further during this time to a bargain busting £1.50 each.

Admission is £1 (OAP’s and children under 1 metre free); Car Parking is free.

The Valentines Fair was the first such fair in the World right here in Leeds twenty six years ago and has steadily grown into a huge spectacle with as many attractions as any theme park in the country.