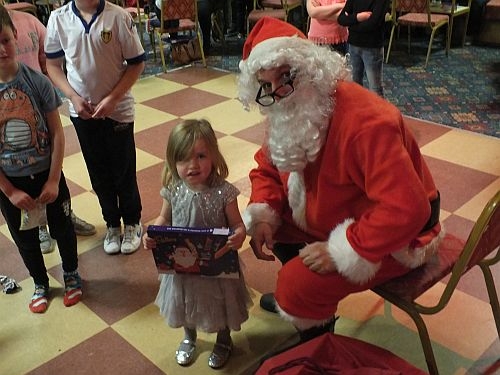 I arrived at Belle Isle Working Man’s Club for the annual BITMO Party. 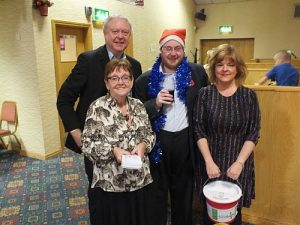 The club was packed with Families enjoying the many games the compare had set for them. Inc. musical chairs and other games. The compare mimed to a record, just like that. With children copying him, I thought that was brilliant him and children doing all the actions
Later had a word with Lynne and asked how many drinks vouchers had been given out and how many selection boxes given out to children. Going by this, I was able to tell how many people at the party. I came to a total of 400 people at the party. Wow.

The compare only told children off only once, for running about. A lot better than last year, when he repeatedly telling children off.
He also mentioned that I was taking photos at the party and if they did not want photos taken, just tell me or a member of BITMO Staff. A total of 4 people asked me not to take photos. So about, 140 people where happy for me to do so. 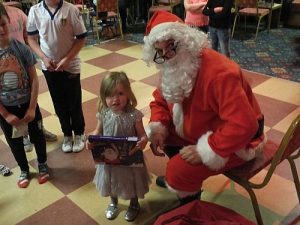 Santa came and handed out selection boxes to the children. Santa struggled with his sack full of presents.
Lynne panicked that there would be enough boxes to go round. Kept running out but further boxes by magic was produced.

Maureen did a good job on the Children’s colouring table, prizes later given out to the best picture.
Jonathon did a splendid job, helping out the compare. 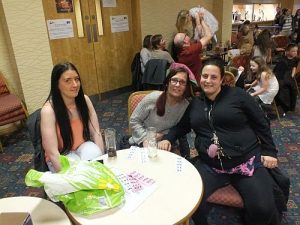 Kim, Paul and Judith made an appearance, local councillors.

Colin came round with a box for money to buy for food bank appeal.

Later Chris Simpson BITMO (CEO) asked all volunteers to take a bow. These events could not carry on without their support.
He asked me later if I took a bow, I did not. It’s just something all the volunteers do, we help when we can.

The compare (sorry i don’t know his name) shouted to someone stop playing about in the Chairman’s box. Next minute, some child from the box closed the stage curtain in front of the Compare, well what a cheer from the audience. The compare went to sort it out. When the curtains’ opened again the children broke out in boos. Lol.

A Raffle was drawn towards the end of the afternoon. everything from a Tablet to bottles of beer. Thanks to all contributors. 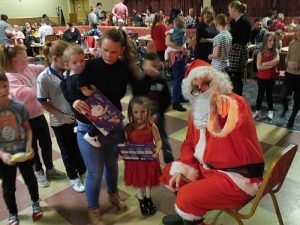 Well that was that, end of lovely afternoon, even better later when I watched football to see Leeds Untied win. Yah.

Will be covering further events over Christmas, bear with me if they don’t get uploaded straight away, as for me and everyone a busy but enjoyable time of year. 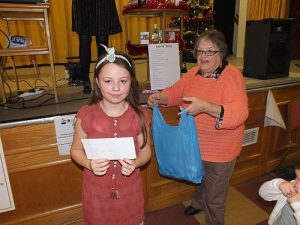