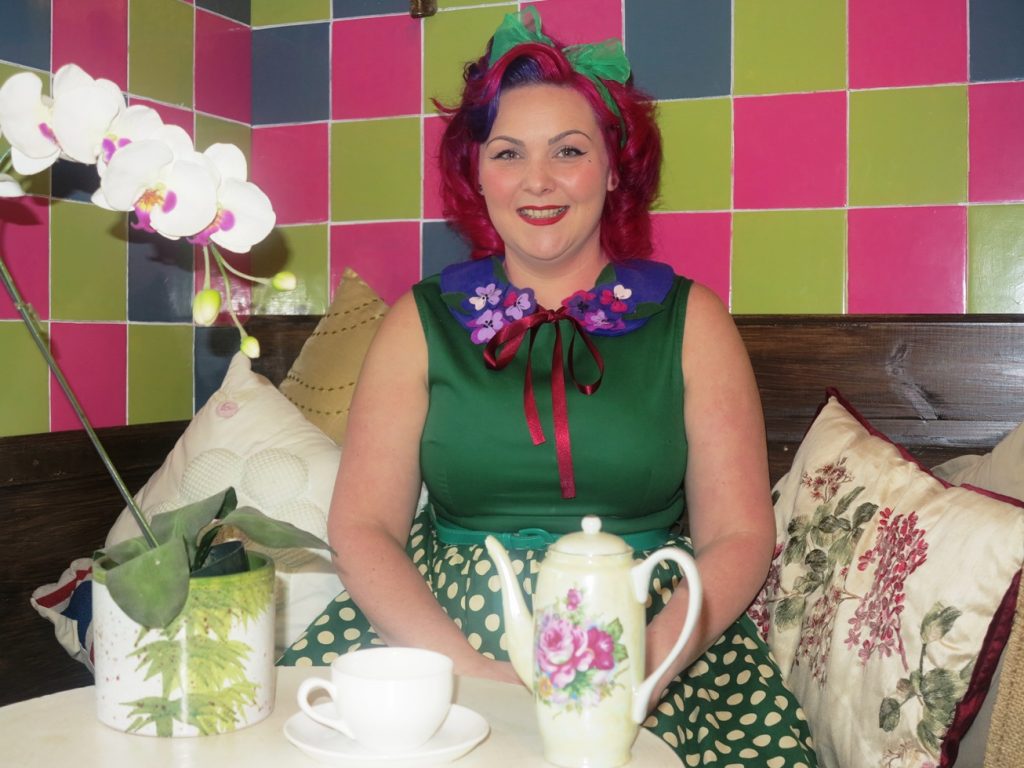 Vicki Gawthorpe a mum of three from Belle Isle has recently embarked on the road of self discovery after being entered for the ‘New Face of  Le Keux‘ competition in Leeds. Vicki who is 33 years old and works as an Autistic Lead Practitioner at Windmill Primary School in Belle Isle, says her new image has helped to build her confidence, open doors to opportunities and aims to help inspire others to follow their dream.

Vicki has secretly ‘dabbled’ in the 1950’s fashion style, but it wasn’t until August 2015 that she decided unleash her inner vintage goddess. She met the fantastic team at Le Keux salon in the city centre after a makeover for her cousin’s wedding. Le Keux, which is based in central Leeds and Birmingham, specialise in everything from vintage parties, events, pin up photo shoots and burlesque. They noticed Vicki’s individual ‘look’ and suggested she should enter for their ‘New Face of Le Keux’ 2016. She says their support and encouragement have helped build an image she always aspired to.

We arrange to meet at Brew Tea Rooms in Beeston. It’s the perfect back drop for a photo opportunity and a good latte. Vicki enters with her elegant green and white polka dot 1950’s dress, turquoise crinoline underskirt and pink/purple florescent curled hair and glitter flats, turning heads as she goes. Her colourful attire matches her bubbly personality and it was this and a short paragraph explaining why she wanted to be the next face of Le Keux that appealed to the team as a worthy entrant to the competition.

Vicki says she feels liberated by embracing her new look. Not necessarily liberated in the sense of the domestic gender roles that came with the 50’s, more how the 50’s was an awakening of the post-war era that led towards women helping to change those stereotypes. There is something romantic about the overall design of the 1950’s that evokes a sense of nostalgia. From movie icons to music, it has influenced a period revival over the years. The growing subculture of vintage tea and Lindy Hop dances are a great way to experience the lifestyle. The internet has also made the era more accessible, opening up to a virtual 1950’s community with fashion tips and hair tutorials. Vicki illustrates the fusion of vintage with the modern perfectly, as she cherry picks the best bits to fit into being an independent woman today.

Vicki say’s how her new image has helped to define who she is: “I don’t have to fit into a box, I can just be me.”

She also wants to encourage others to do the same. After our interview Vicki emailed me her first blog post Vintage Belle Vicki. “My readers can join me in my journey into the world of the modern pin up look!” Could Vicki also be another community reporter?

For a recent ‘dress as your superhero day’ Vicki’s eldest daughter went to school in a 1950’s outfit. She shows me a photo on her phone of her ten year old in a rockabilly skirt and her mums trademark curled quiff, she went as her mum – her hero!

Well, I’m already inspired and off to find my curlers!