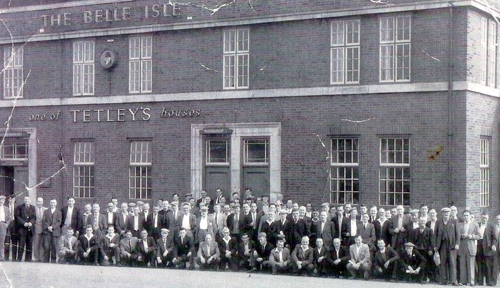 Before it closed in 1988 the old Belle Isle Hotel was a hub for the community boasting its own rugby team.

“The event is to bring together past players, supporters and friends who frequented the pub. Many relationships were formed in the pub and I’m glad to say still exist with grown up children. The pub was definitely the hub of the Belle Isle community and surrounding areas.”

The concert room opens at 4pm with a disco by Dawn Silverwood to start at 6pm. A buffet will be provided.