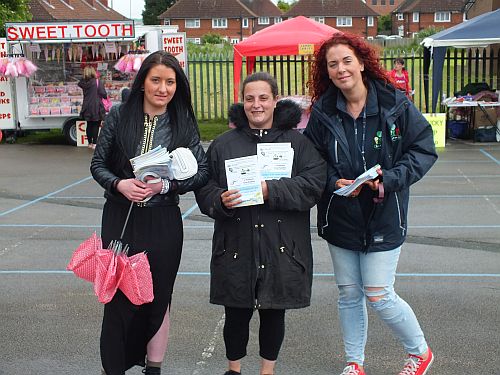 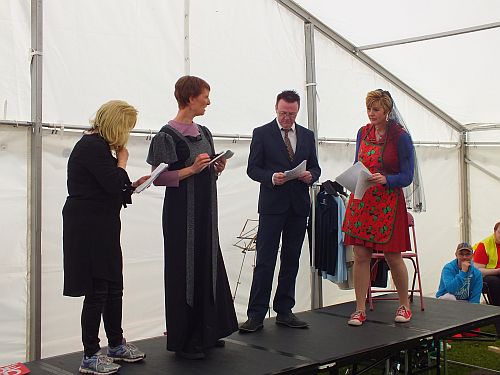 First of all, I must apologise for getting this blog onto the website two weeks late.

Please take the time to have a look at the Gala Slideshow at the top of this blog. 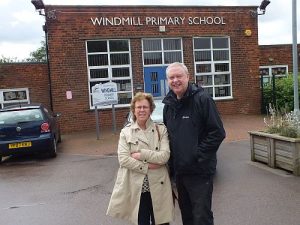 Arrived at The Belle Isle Gala 2016 after my parkrun, which started off to be a damp day. Already cars parked up on Belle Isle Road, before walking to the Gala down Windmill Road.

As ever the Gala was held in and on Windmill Primary School grounds. Thanks to Andy Gamble (Executive Head Teacher) for allowing us to let the gala take place.

Waited with Chris Simpson (CEO, BITMO) and Cllr Paul Truswell for the Lord Mayor and Lady Mayoress and the Deputy Lieutenant of West Yorkshire, Michael Fox and his wife to officially open the Gala.

While waiting, met up with Cllr Judith Blake leader of Leeds City council and had a chat. Also met with Andy Gamble, (Executive  Head Teacher) at Windmill.

Waited around half an hour and decided the VIPs must have got in through another entrance. So went and had a look round the Gala.

I met up with then all later. Mr Fox and his wife asked me how I was going on recognising me from the last 2 years and writing for South Leeds Life.

Again my apologies to some people who knew me, and said hello, but can’t put a name to, sorry about that.

Was a bit disappointed by the lack of stalls this year, don’t know if the damp weather put them off or other reasons.
Various stalls there included Tombola to raise money for good causes. Nice to see the whole gala not turned into a massive Jumble sale.

Anyway has you can tell by the photos, the weather cleared up and we had some lovely blue skies.

Met up with Carla, Steff and Maureen, 3 lovely ladies, from BITMO’s GATE who wanted a photo and was happy to oblige. Later met up with Lynne and Jean, followed by Phil and Dave who were also volunteering for the day. 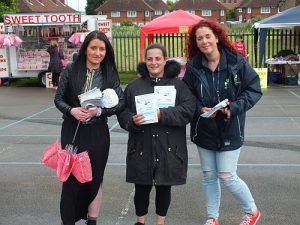 The climbing wall and the bouncy castles were back this year and were a hit, along with Windmill’s very own play area proved popular with the younger ones among us.

Where were Ronnie the Rhino and Harry Hawk, in the programme but nowhere to be seen?

The Play, Princess In Belle Isle (by BITMO Staff) was due to start at 11.30am in the marquee so made my way to there.

The play was put together by James, Chris Simpson and Jo. Well done to them. From what James tells me, had very little rehearsal time. There were a couple of more actors, but could not put a name to them. 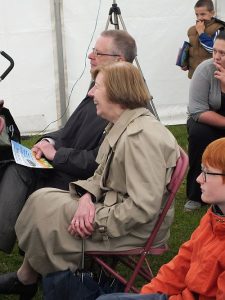 The play was watched by an audience and Deputy Lieutenant of West Yorkshire Michael Fox and his wife.

While watching the play I noticed Cllr Kim Groves outside, sorry did not get chance to have a chat with Kim, busy taking photos before the play finished. So was good to see all three ward councillors, lending their support on the day.

The Animal Farm and Birds of Prey seemed to get the biggest audience and I took the opportunity to take some photos, you can see from the slideshow.

I’ve had snakes wrapped round me, on another occasion to help me with my fears, but draw the line at Tarantula spiders crawling on my hand, like the little girl in the photo did. 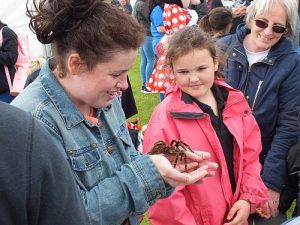 Had a chance to have a bite to eat and a rest in the hall, where I met up with Maureen to buy some raffle tickets.

Then went back into the gala and got a chance to see the various dance troupes. Well done to all the girls, you did very well. Not easy with an audience watching you.

Thanks to Lynne this year for her input in organising the Gala along with volunteers Dave and Phil.

We really need Chris and Julie Holmes back next year along with Lynne to organise the Gala. Julie Holmes in particular was badly missed, and not just by me. 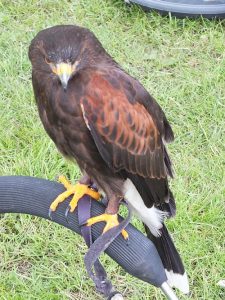 The climbing wall, Sublime Science, Animal Farm and Birds of Prey was booked by Julie Holmes. So thank you Julie.

After 3 hours, made my way home for a well-earned rest and a cuppa.